This page of the Far Cry 6 game guide contains a walkthrough for operation The Deported, the final main mission in El Este. The following guide explains, among other things, how to destroy the gasolina reserves, how to win the battles in La Joya harbor, how to catch up to the fleeing ship and reach its deck and what to do with McKay (an important choice). 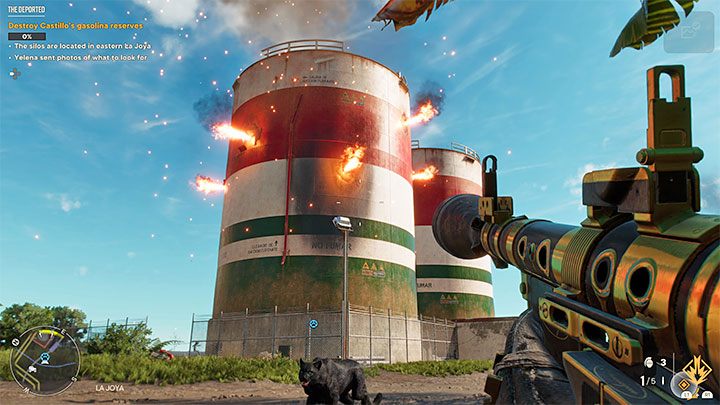 You can tackle this operation after completing the Weapon of Choice and Surgical Strike main quests. You need to wait for a phone call from Yelena.

The game will start marking on your map example locations containing gasolina storage tanks, which can be found in different parts of the La Joya sub-region in El Este. Once you reach one of these locations, you can start destroying the tanks using your chosen method, such as shooting them with a decent rifle or launcher, or by using vehicles. Your ultimate objective, of course, is to blow up every tank. 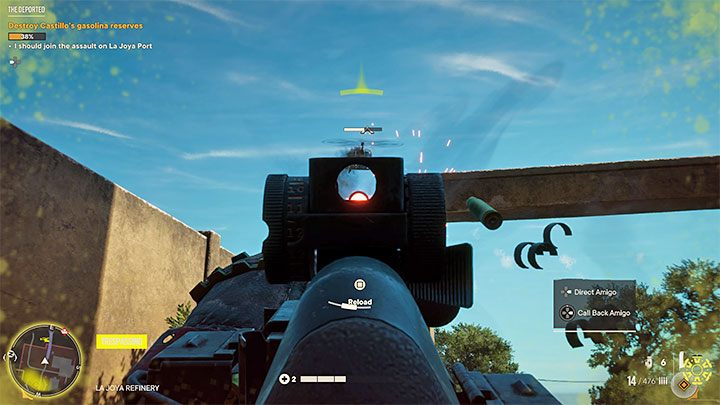 Expect to encounter groups of enemies in some of the locations containing tanks, although fighting them is optional. Enemy helicopters might prove more of an issue and you should either shoot them down or "ground" them using the Volta supremo. 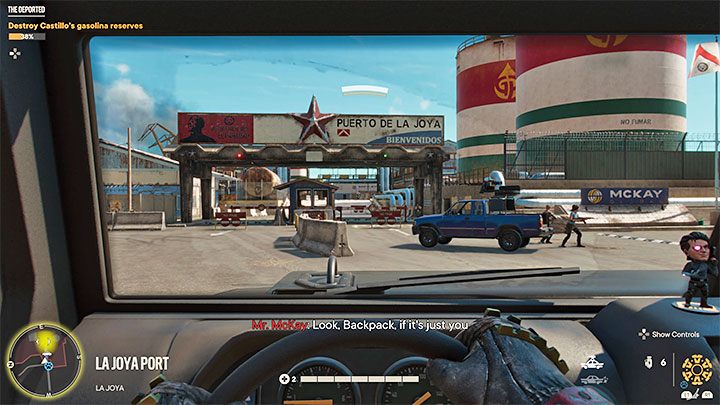 Each tank you destroy will fill up the damage percentage bar a bit (upper left corner of the screen) and you will eventually be told that you can now head out to support the rebels in the fights at La Joya Port. Once you have reached this location, be prepared to take part in some intense battles, though other guerrillas may assist you in winning them. 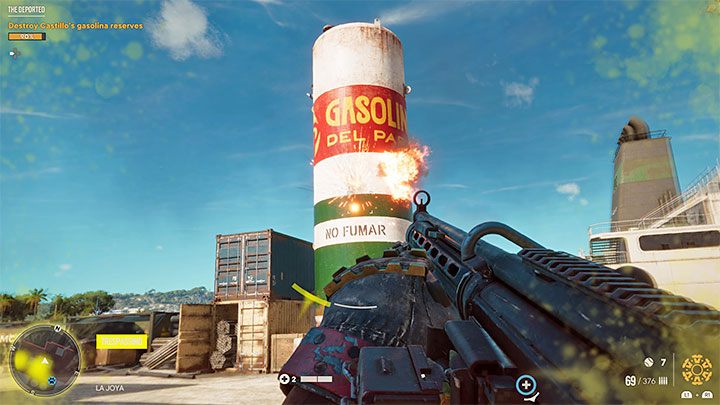 In the vast port area, you will find more tanks to destroy, both big and small. 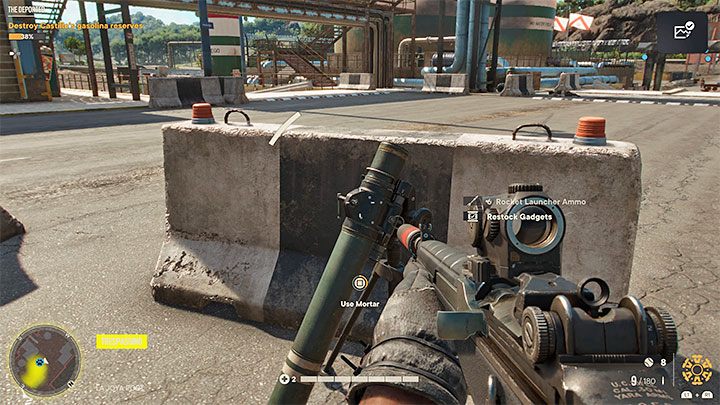 To destroy the tanks, you can use the nearby ammo crates, vehicles with mounted guns, and mortar launchers - you can use mortars to precisely "bomb" the tanks, but before you use a mortar, make sure to dispose of the enemies in the immediate area first.

Expect not only enemy soldiers to get in your way, but also more helicopters, which you should try to destroy or sabotage relatively quickly. You must fight until your damage bar is 100% full. 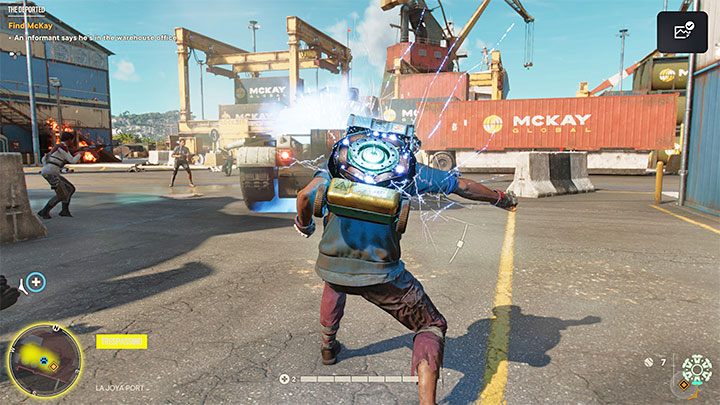 Set off towards the warehouse located in the harbor and expect the enemy tank to suddenly leave.

Neutralizing the tank is optional, but if you intend to do so, your best bet is to use an EMP grenade or Volta to sabotage it so you can take control of it. Alternatively, you can use a rocket launcher or mortar. 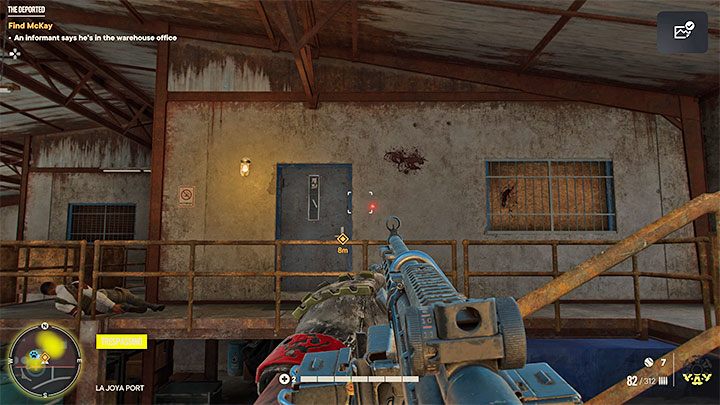 Your objective is to reach the office room inside the warehouse. A cut-scene of the next video chat with McKay will play. 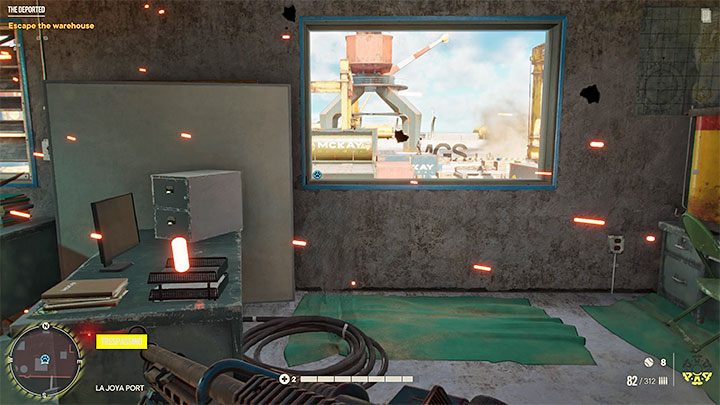 You must act quickly, because McKay has set a trap for your character. Quickly run to the window and get out of the warehouse through it before the main character is killed by the poison spray. 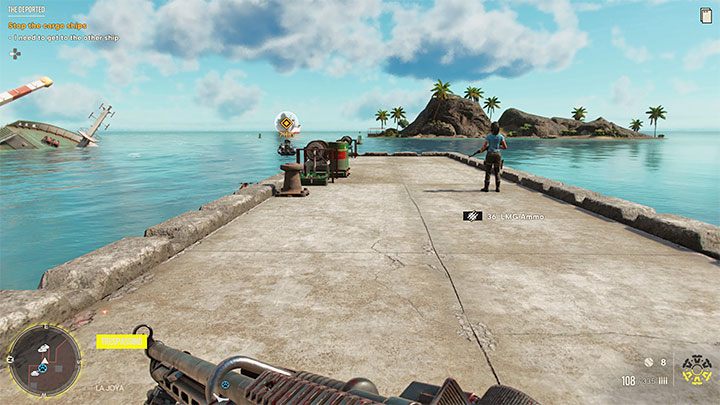 Two large ships will depart from the harbor, but the one closer to it will soon sink. You will have to reach the other ship. Run to the end of the harbor and take a jet ski to set off in pursuit. 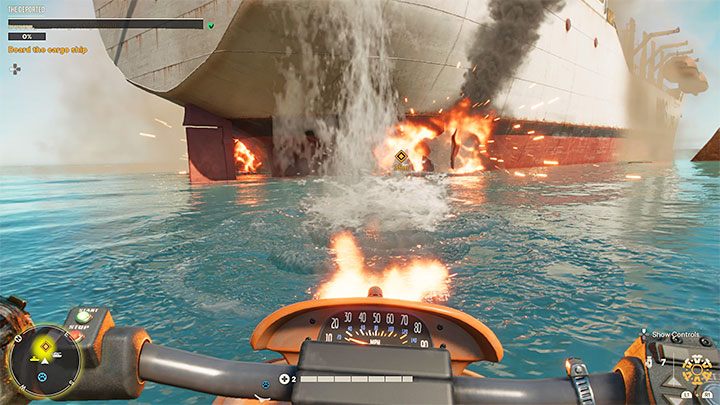 You will notice that the watercraft you took from the harbor is equipped with a gun and you can use it right away to dispatch enemy boats and, above all, to damage the marked section of the cargo ship's hull.

Board the cargo ship 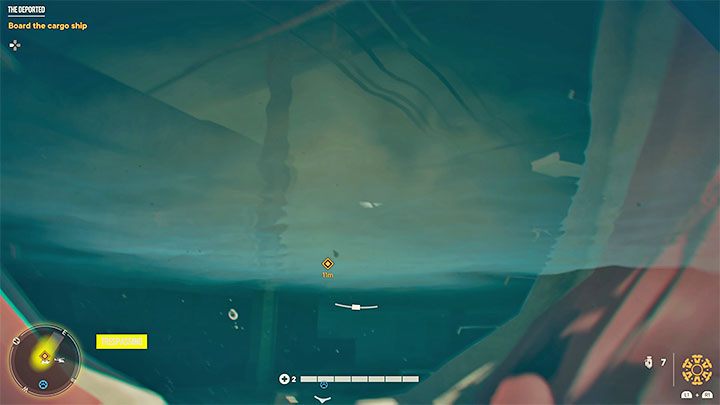 Reach the hole in the hull, jump off the jet ski and swim inside. This way, you will be able to search the ship. 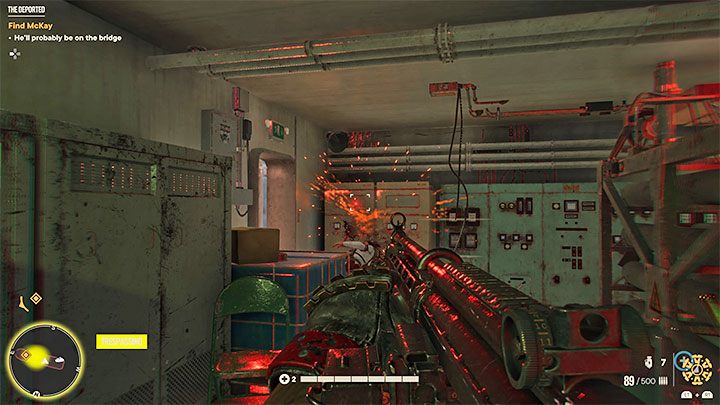 You need to travel a fairly linear route between the cabins, initially crossing the engine room. Don't be in too much of a hurry, as you will encounter enemy forces on your way and it's a good idea to regularly dispose of all the opponents. 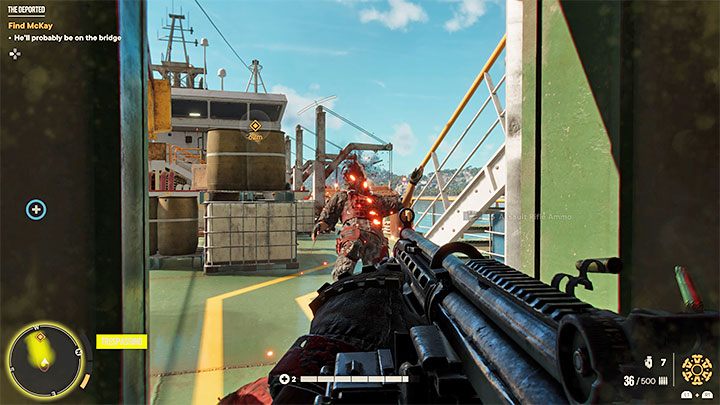 After using the stairs, you will reach the main deck, where you can expect more fights. Again, rushing is not the best idea and you should stay near the entrance to the main deck and attack enemies from there, then move on to decent cover. 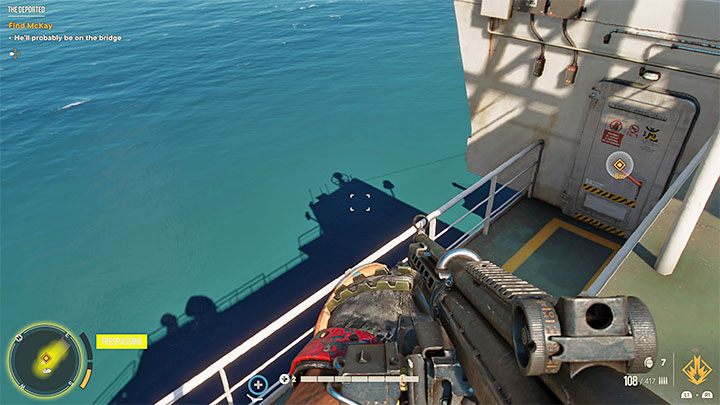 Head towards the captain's bridge marked by the game - the hatch leading to it is shown in the attached screenshot and a cut-scene depicting your confrontation with McKay will play here.

Leave McKay alone and head back to the shore 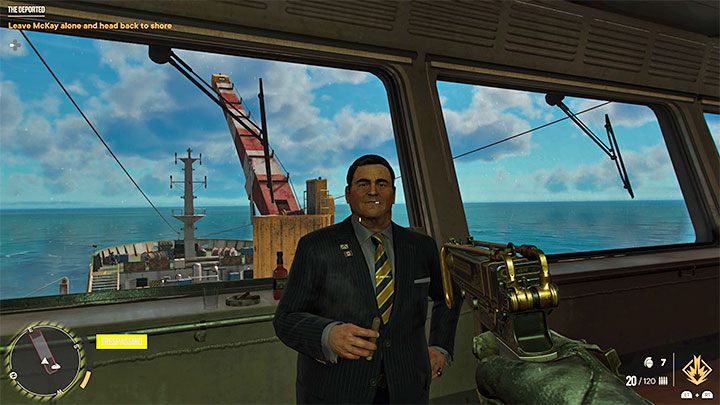 The last mission objective is confusing, as you will have to make an important choice. You can: 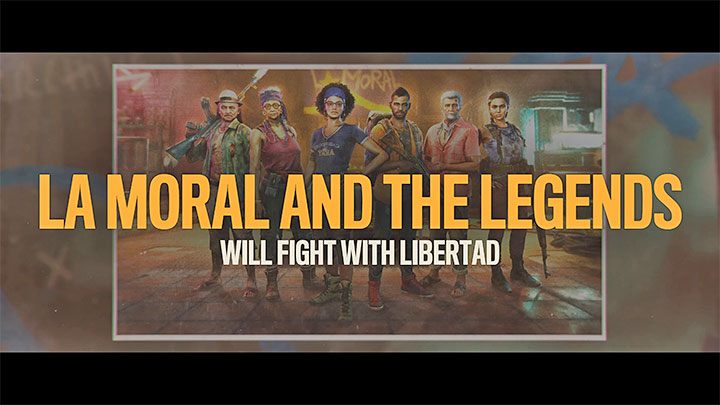 More cut-scenes will play and you will complete the story line of El Este, the Legends and the La Moral group. Come out of the command center in Concepcion to officially end this operation.

If you have not yet completed all the operations in Madrugada and Valle De Oro, they should be your next objective.