This page of the Far Cry 6 guide contains a walkthrough for the Weapon of Choice operation - one of the main missions available in the El Este region. You will learn how to get to the main building of McKay's refinery, where to find the control terminal, and how to safely escape from the refinery.

Meet the guerrillas at the La Joya Refinery 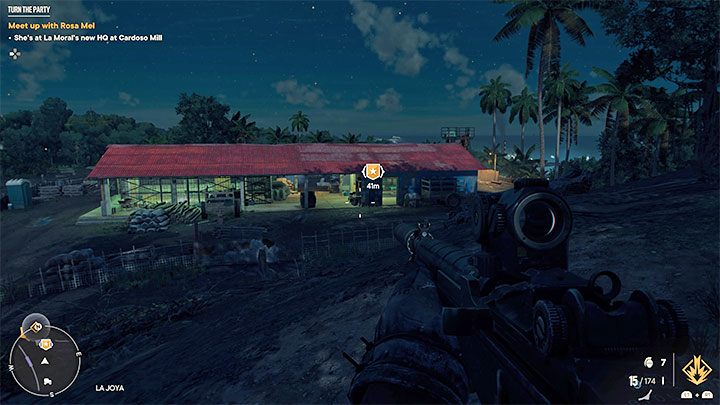 You can proceed to this operation after completing the Tourist Trap main mission. You must meet Yelena at the indicated location in the La Joya sub-region.

The La Joya Refinery is located to the east of the mission's starting point. Once you get there, you will notice the rebels - they will take part in the assault. 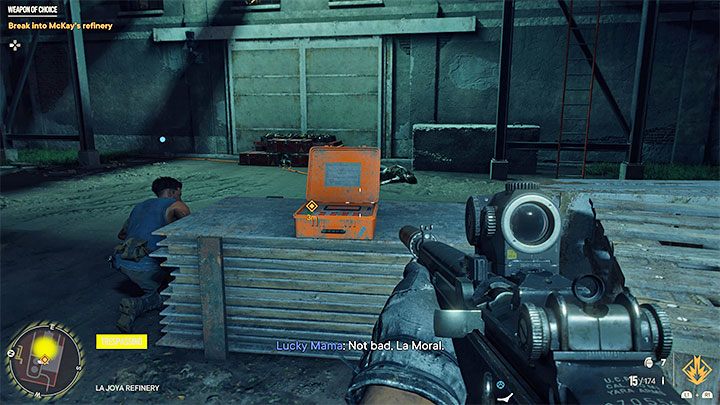 To break in you will use fireworks as explosives - interact with the red box. 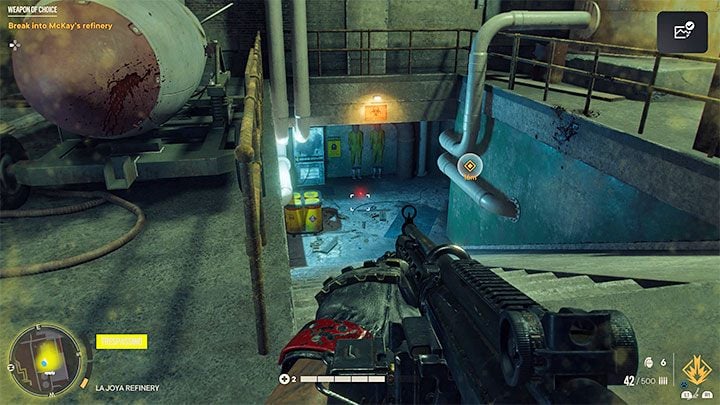 Prepare yourself - detonating the main entrance to the refinery building will draw the attention of the enemy forces.

After the initial fights, find a staircase in the building to descend to its underground section. 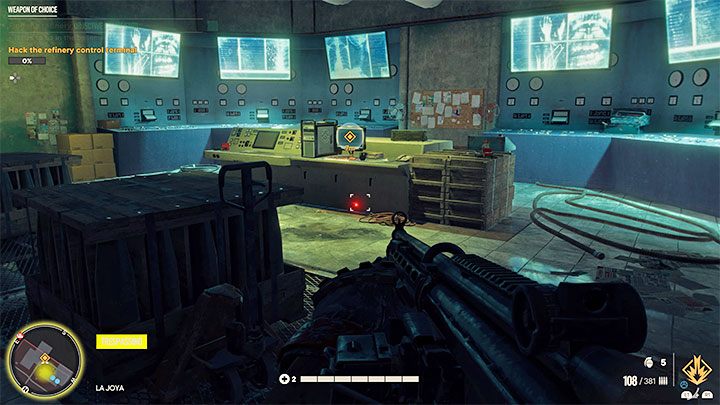 You will see new enemies stationed in the underground part of the facility. Start the fight while you are on the upper balconies, as some of them have good covers.

After winning the battle, find a computer and interact with it. 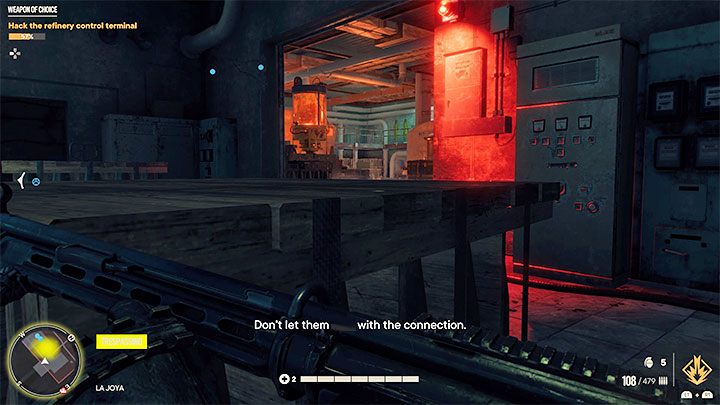 A progress bar will appear in the upper left corner of the screen - keep fighting until it is 100% full. Stay behind some good cover and watch the radar - it will tell you where new enemies are coming from. If you are attacked by larger groups, use grenades or shoot at the explosive barrels. 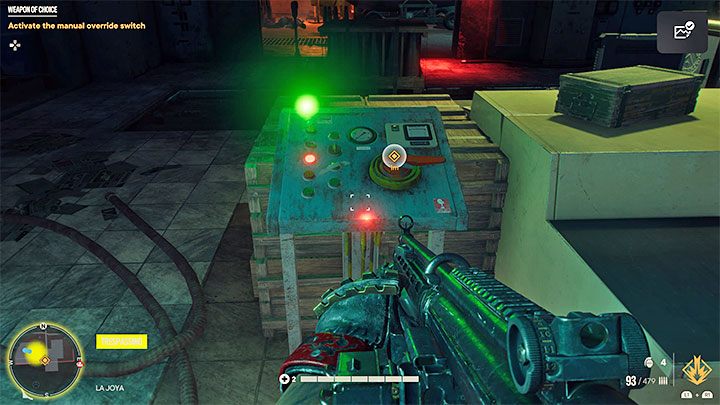 This is a simple mission objective that involves reaching an interactive switch - it is shown in the picture. This will get you closer to sabotaging the refinery. 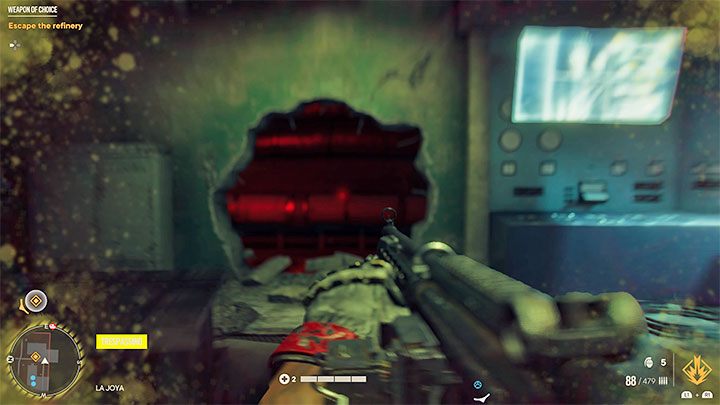 At first, it may seem like there is no way out of the room - poisonous gas will soon begin to spread. You must wait for your allies to blow up one of the walls in the basement. 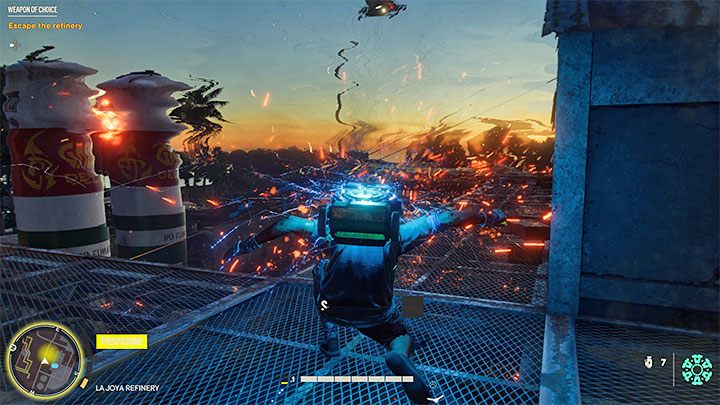 Sprint to reach the next markers leading you to the surface.

Once you are in the open, you will encounter new enemies. There will also be a helicopter flying over the refinery that you can destroy by using the Volta supremo. However, the current mission objective does not force you to defeat all enemies. All that matters is that you leave the refinery area and get far enough away from it.