This page of the Far Cry 6 guide contains a walkthrough of The Lion's Roar operation, one of the main missions in El Este. The following walkthrough explains how to defend yourself effectively during fights at the hotel as well as how to escape from there after the poison is spread.

Meet up with Yelena 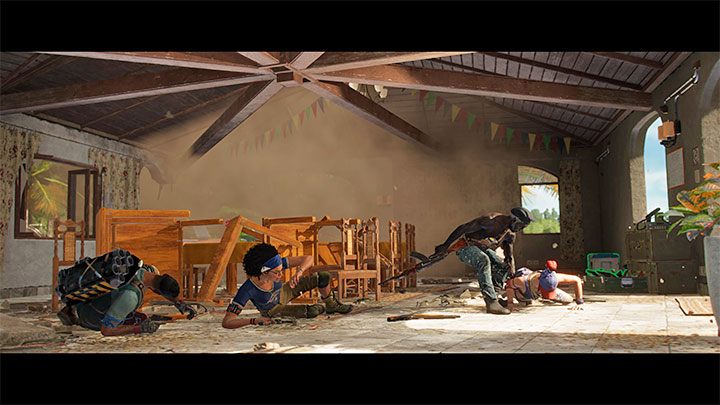 You can take care of this operation after completing the Our Right to Party quest. You must meet Yelena in Grand Hotel Caballero, which has become the new guerrilla hideout (you visited it earlier while completing the quest with the Dentist).

Once on the spot, a cutscene will trigger. However, the meeting will be interrupted by the unexpected attack of Castillo's troops. 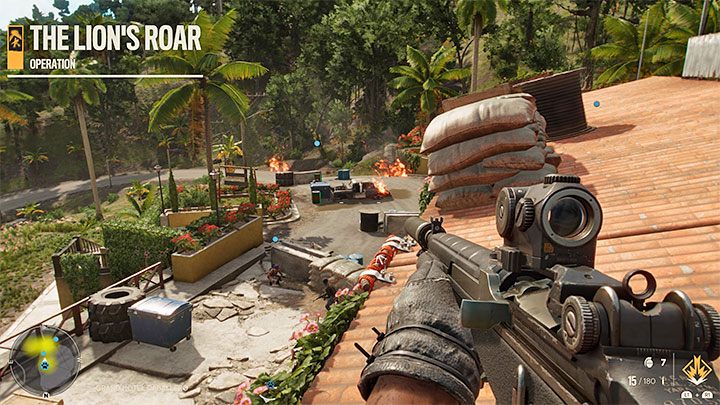 This mission offers a lot of freedom in choosing the location from which you will defend yourself against enemy soldiers appearing in the area. You can stay on the rooftops or in one of the upper rooms. You can also jump down (choose a safe spot for that) and engage in more direct clashes. You will also find stationary cannons in the area, which can be an alternative to the weapons from your inventory.

Listen for your allies' comments, who will inform you where new enemies will appear. Initially, expect them mainly along the paved road leading to the hotel. Later on, enemies will keep appearing near the waterfall next to the hotel. 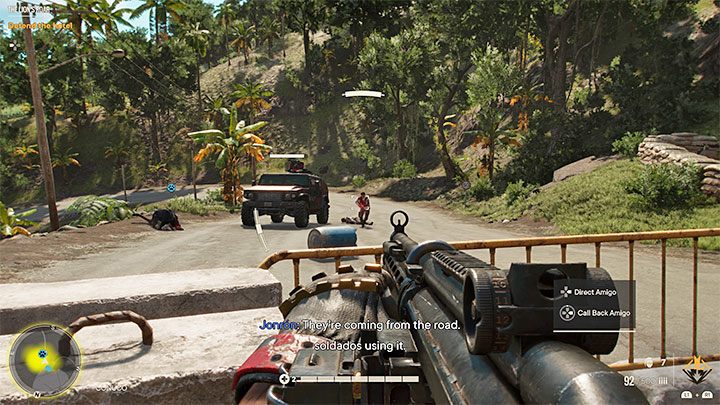 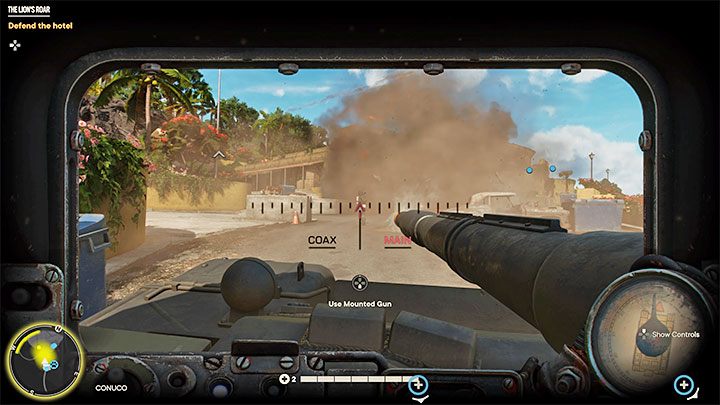 Further into the battle, be prepared that an enemy tank will appear, which should reach the hotel from the side of the winding asphalt road. A good idea is to take control of the tank - sneak up near the machine and use an EMP grenade or a Volta Supremo to sabotage the tank and get rid of its operator safely.

Acquiring the tank can make further battles easier and protect you from massive gunfire, although once you get near the hotel, you will have to spend some time passing indestructible obstacles to get closer to enemies. 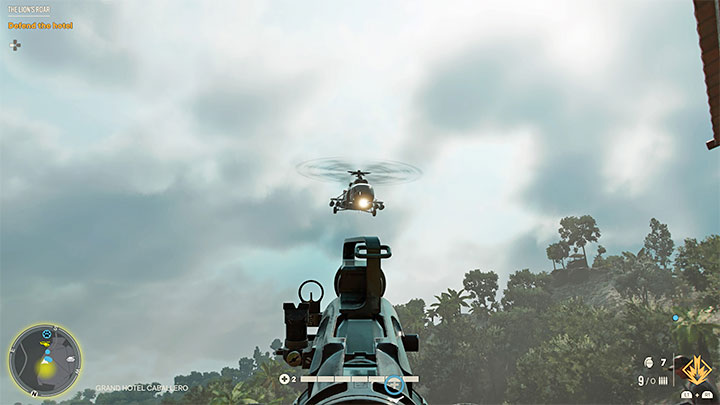 At some point, enemy helicopters will also join the attack. You can try to destroy them by aiming a cannon at them, reusing the Volta Supremo (the helicopters will fall to the ground then) or by finding stationary cannons installed on the upper levels of the hotel, which should enable you to drain their energy bars quite smoothly. 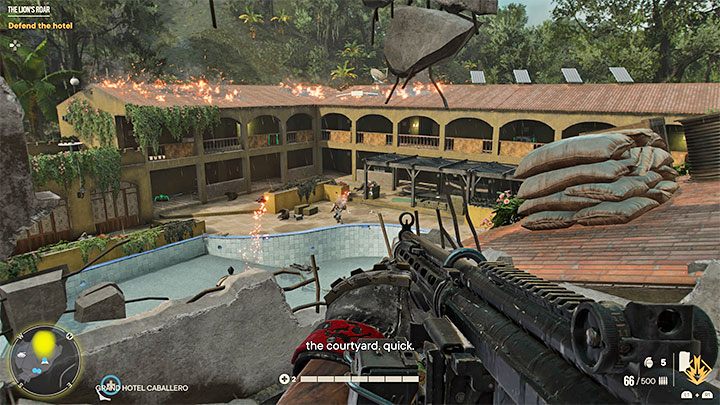 It's not possible to finish the fight in a traditional way, i.e. by defeating all enemies. Listen for Yelena's call to retreat to Ops, i.e. the hotel main building.

Continue defending yourself inside the hotel until a new cutscene plays. 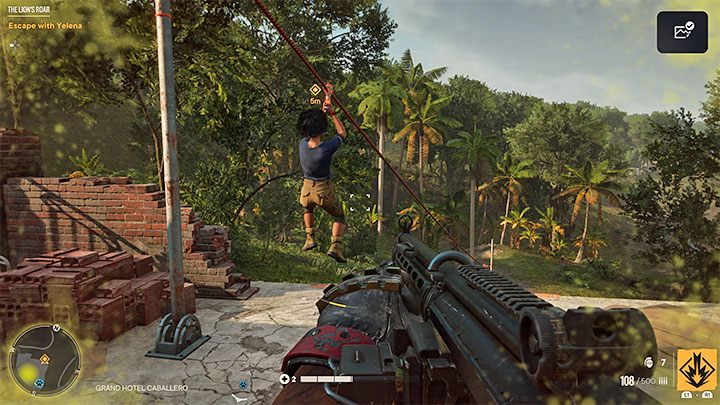 Stop the fighting and focus solely on leaving the hotel where poisonous red fumes start to float in the air. Follow Yelena and get to the place where you can slide down the rope. Once you escape far enough, a cutscene will trigger and the operation will come to an end.