This page of the Far Cry 6 guide contains a walkthrough of the Knuckleball operation, one of the main missions in El Este. This walkthrough explains how to prepare to ambush the special convoy, how to launch an attack on soldiers from the convoy and how to protect the special cargo. 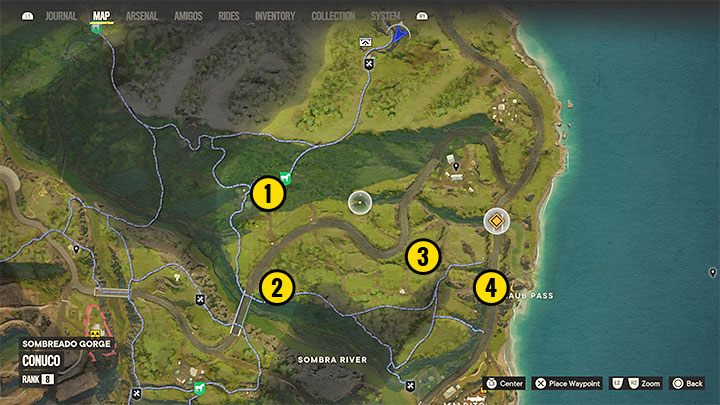 This is one of the new main missions that unlock after completing an operation called New Revolution. In order to start this quest, you must meet up with Jonron at the rebel hideout in Concepcion in El Este.

This mission consists of two parts:

Note that the moving yellow dot is a special convoy and you should avoid it until you make contact with the farmers. 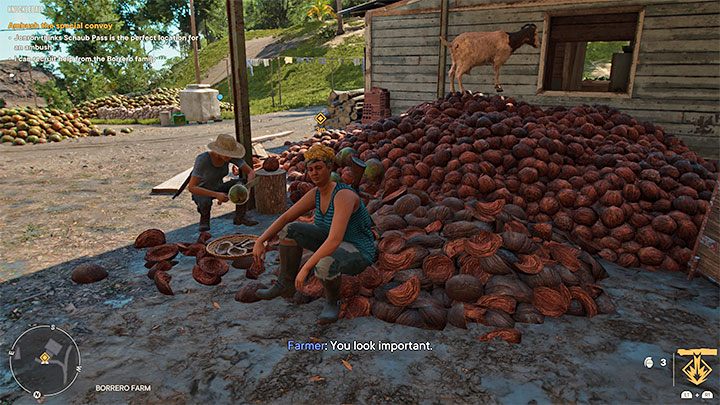 For each of the 3 farms, you just need to visit the farm and talk to one of the NPCs in order to successfully recruit a family living there. 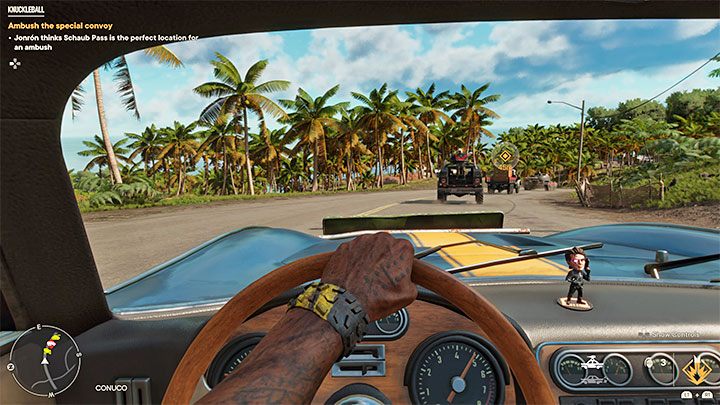 You can theoretically try to attack the convoy while it's driving around, but that would be very risky since the convoy consists of a tank as well. If you still want to give it a try, then at least get a truck with a good offensive weapon (or even better, your own tank). 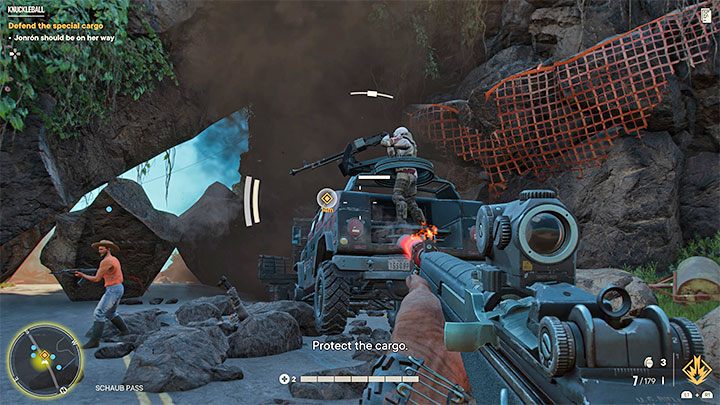 A better idea is to wait until the special convoy reaches the pass. The rebels will automatically drop large boulders on the road and start fighting with the soldiers from the convoy. 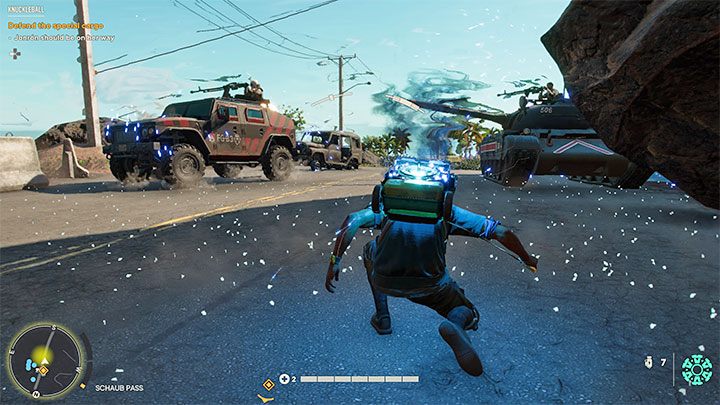 The cargo you have to protect is a large crate transported on the back of the truck. Avoid using explosives in its vicinity.

As for the fight itself, the most serious threat is the tank and you should use an EMP grenade or Volta supremo to sabotage it temporarily. This will also allow you to take control of the tank, but remember not to aim the tank's cannon at the cargo area of the truck. 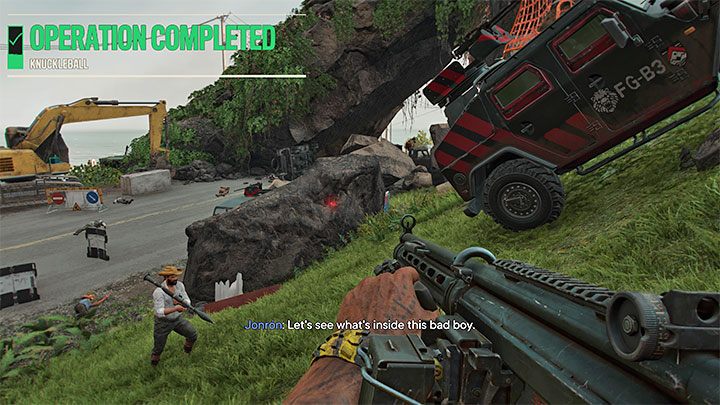 You have to keep fighting until you get rid of all the soldiers from the convoy. Don't worry if any of your allies fall to the ground in the midst of combat, as it won't result in failing the mission. Simply continue fighting until you see a message that the operation has been completed.