This page of the Far Cry 6 game guide contains a walkthrough of operation National Treasure, one of the main missions available in El Este. The walkthrough describes, among other things, where to find the tank, Karlito in the Castillo museum, how to repair and steal the tank, and how to get with Karlito safely to the rebel hideout. 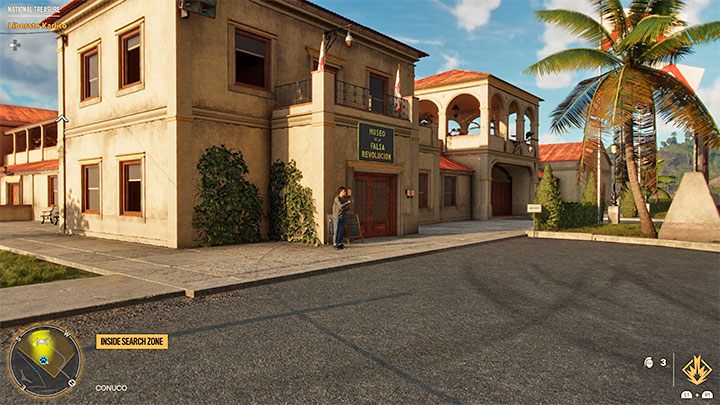 This is one of the new main missions that unlock after completing an operation called New Revolution. To start the quest, you have to meet with El Tigre in the rebel hideout in the town of Concepcion in El Este.

After the conversation, you have to go to the Castillo museum. Part of the museum is open to general public and, if you wish, you can go inside through the front door with your gun hidden and look around the first few rooms. 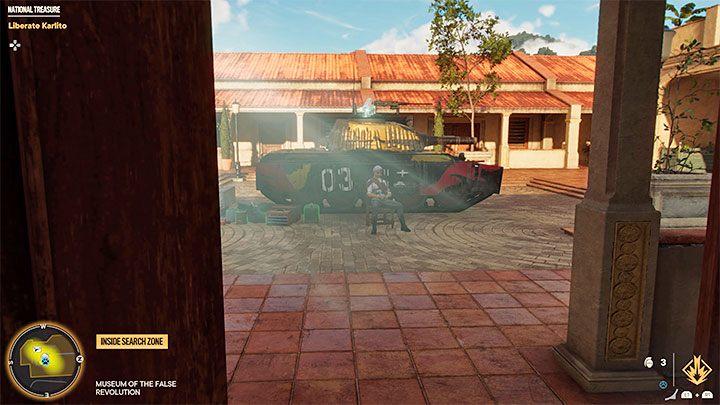 Karlito is the name of an antique tank that stands in the central yard. It's one of the prohibited areas of the museum. 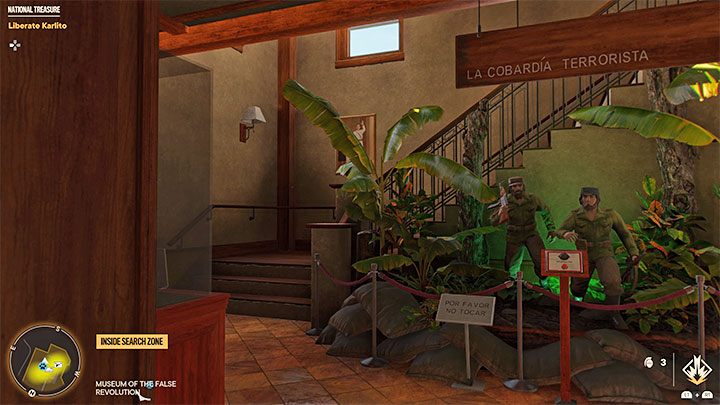 It is worthwhile to stay stealth. If you cause the alarm, get to the tank as fast as possible, as reinforcements may be called to the museum. 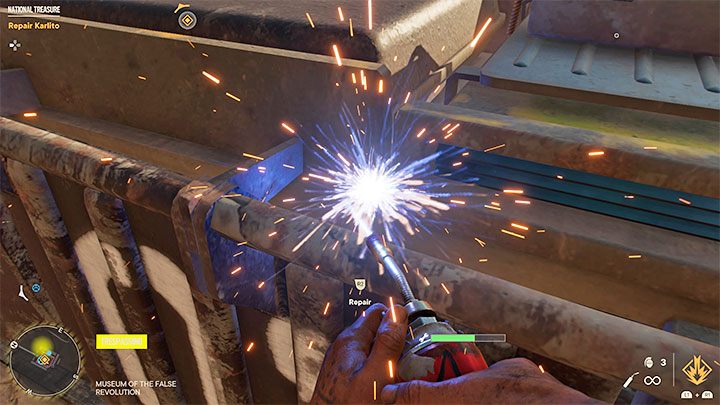 After you get rid of all the opponents, approach Karlito and choose a repair tool from the inventory to restore the tank with this gadget. 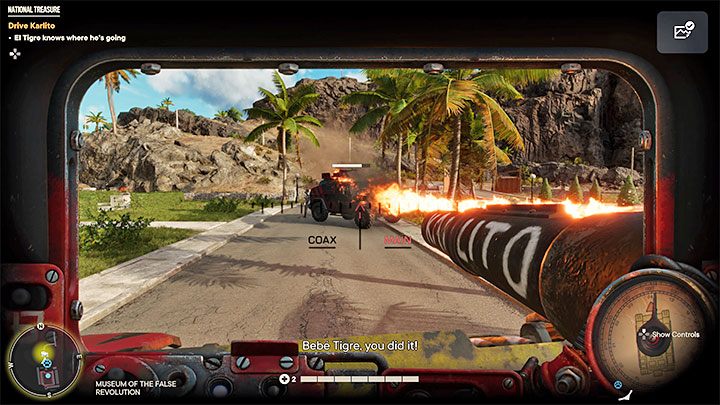 After you repair the tank, El Tigre will appear in the museum. Take a seat in the tank operator's cab and drive straight to crash the museum gate.

While driving, you can use the flamethrower the tank is equipped with. It is useful for both setting soldiers on fire and damaging enemy vehicles. 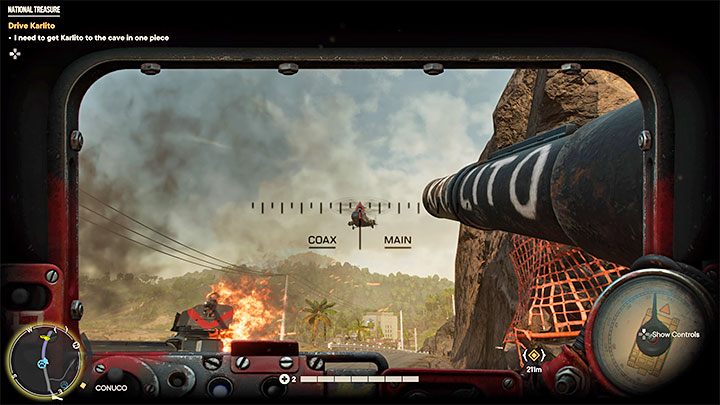 Your task is to drive the Karlito while being chased by enemy forces. The tank is very resistant, but make sure to quickly shoot down the enemy helicopter that should appear during your escape from the museum. Although, if the tank gets severely damaged, stop for a moment, get out of the cab, and repair it. 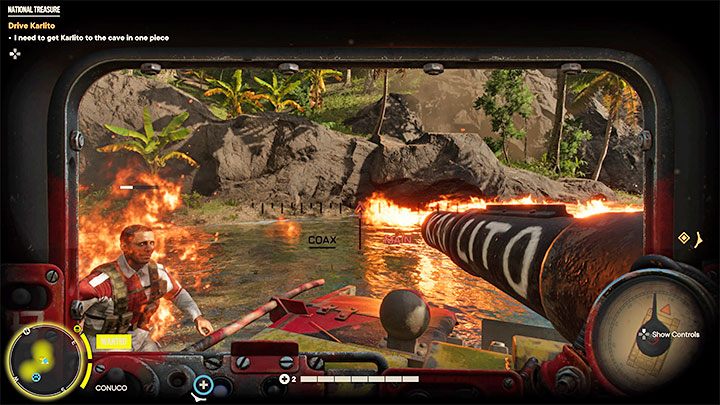 Later, you will drive along the riverbed. The fights here shouldn't be demanding, but be careful not to get your tank rolled over or jammed on rocks or other obstacles.

You have to reach the cave where the rebels are hiding with the tank. That way, you will complete the operation.