This page of the Far Cry 6 game guide contains a walkthrough of operation Justicia Montero, the final mission in the Madrugada region. The walkthrough describes, among other things, how to destroy 8 tobacco fields, where to find Jose Castillo, and how to defeat the Montero Family storyline boss, Jose, piloting a military helicopter. 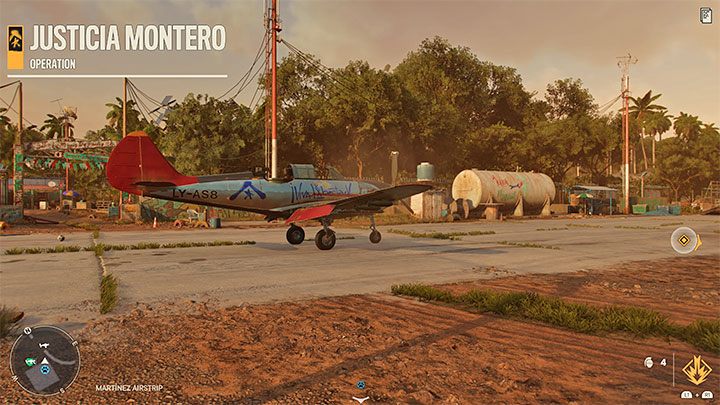 You will unlock this mission after completing the operation Fly Ball, after delivering a stolen military plane to Philly. The giver of the new task is Camila, with whom you have to talk in the guerrilla camp at the Montero Farm.

The default choice of vehicle for completing this mission is the military plane you received in the previous task.

Note - We recommend getting a rocket launcher before you embark on the mission, as you will face a helicopter in the final part of the mission. It's also a good idea to equip one of your weapons with Blast Rounds for greater effectiveness in weakening vehicles armor. 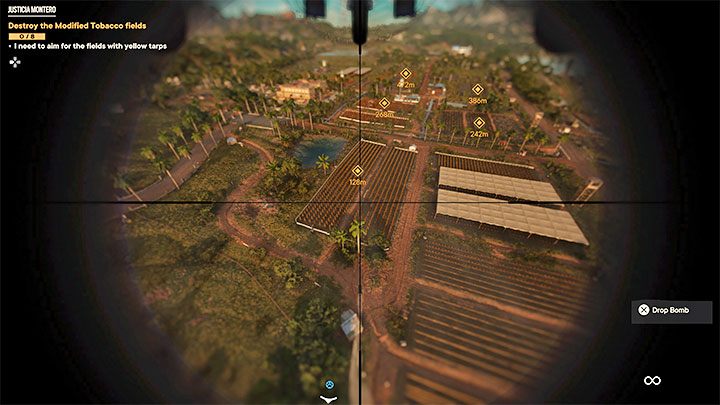 Thanks to Philly's mods, you can now activate the Bomber View - press Circle/B while flying. 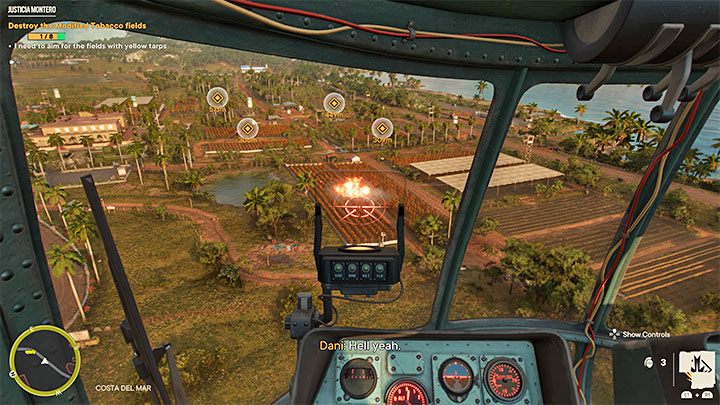 There are a total of 8 fields to destroy, and the game will mark the locations of some of them only after dealing with the previous ones.

An important note is that losing the plane does not necessarily mean failing the mission. You can also destroy fields in other ways, such as using a helicopter equipped with rockets or reaching them on foot and using flamethrowers or Molotov cocktails to set them on fire. 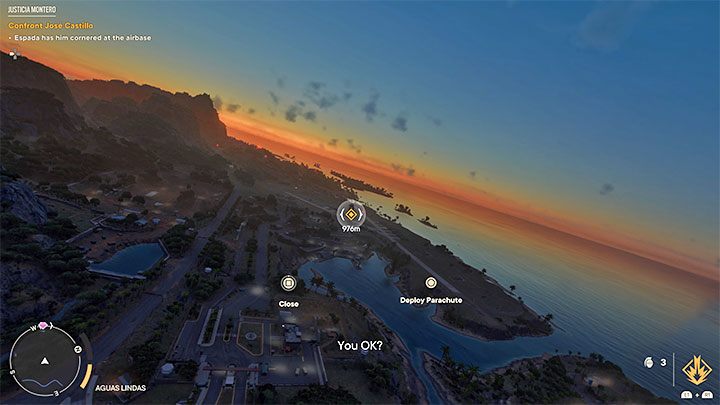 To search for Jose Castillo, you'll need to head towards an FDA Airbase Olimpia, and you can use any means of transport.

You can ignore the fighting on the apron and head towards the control tower. 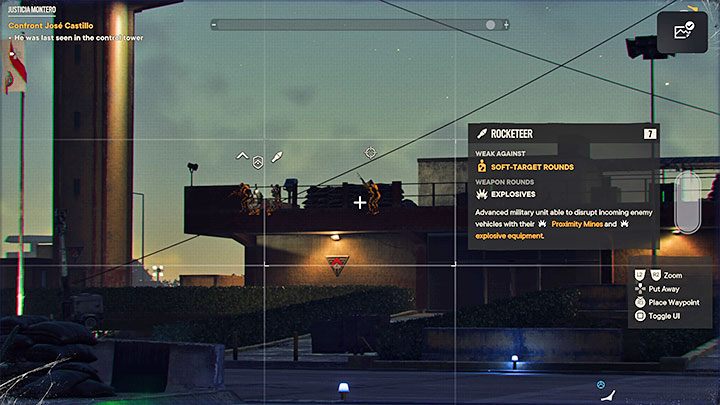 Expect that enemies may have set up on the balconies around the tower. It would be a good idea to deal with them right away, so they don't interfere during the main confrontation with Jose. You can try shooting them from a distance (preferably using a sniper) or sneak up on them and, for example, throw grenades at them or use a good rifle. 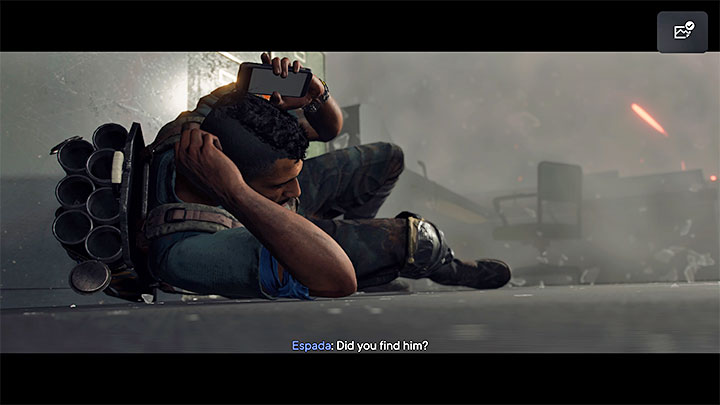 There are stairs leading to the control tower and once inside, a cutscene will be played. You will face a kind of boss fight- Jose Castillo will be piloting a military helicopter, and your task will be to destroy it. 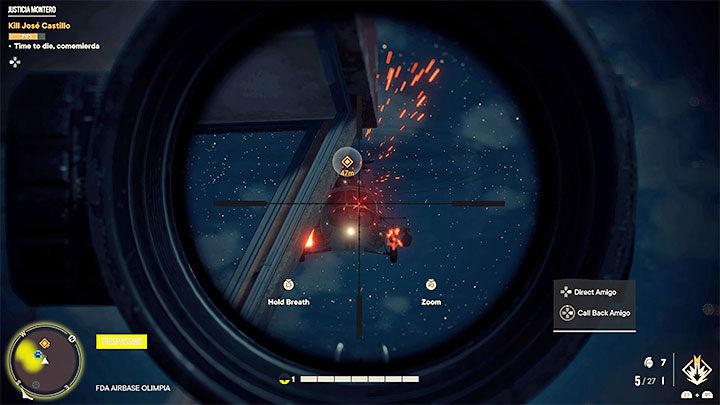 Right after the boss battle starts, we suggest that you leave the control tower as soon as possible because it is completely glassed over, and as a result, you could become an easy target for the helicopter attack.

You can stay on the balconies of the tower during the fight. Use the "indestructible" walls of the building to hide whenever the helicopter restarts firing. 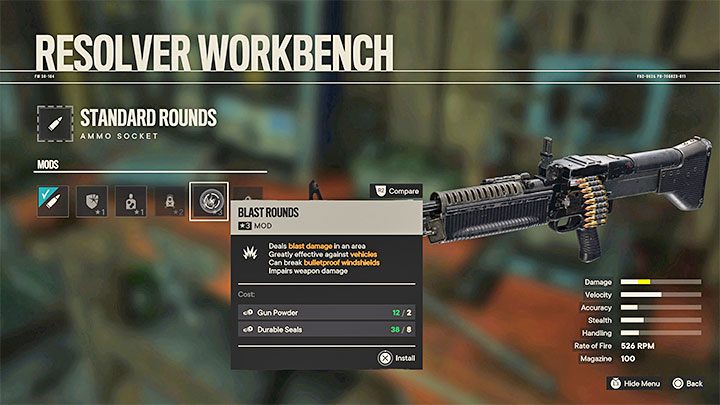 Unfortunately, Castillo's helicopter is very tough, and as a result, you should consider using Blast Rounds, which have increased effectiveness in attacking enemy vehicles. This will allow you to deprive the helicopter of energy points much faster. 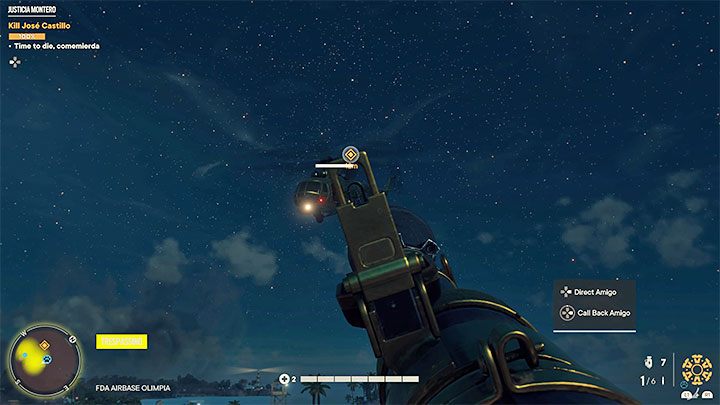 It can also be a good idea to use rocket launchers, but in this case, try to fire when Jose's helicopter is above you or facing you sideways. Otherwise, your opponent may react to your attack and quickly deflect the machine to the side, as a result of which you may miss and waste one of your rockets. 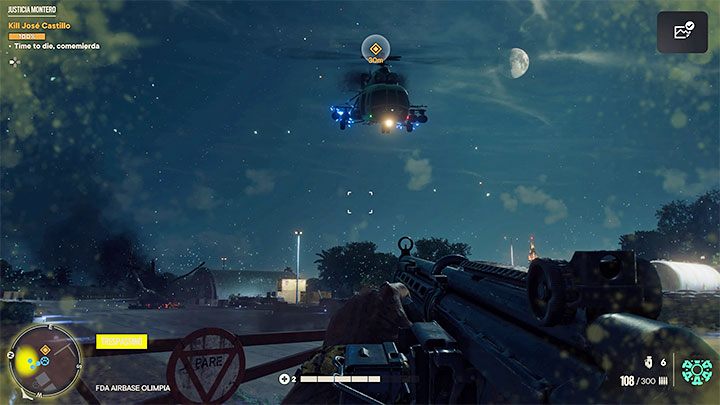 You can also try to sabotage the boss helicopter with a Volt Supremo sending an EMP, but: 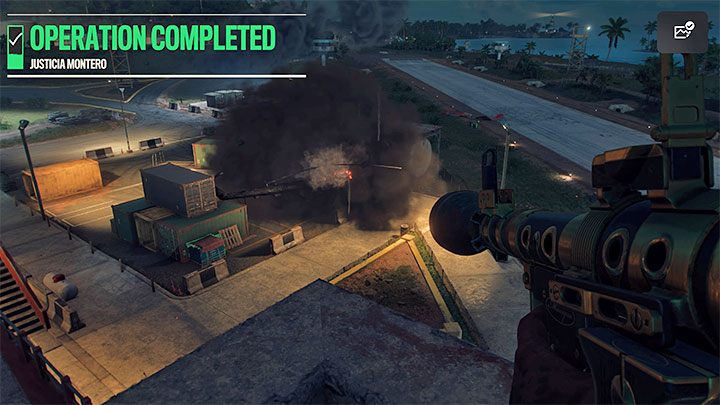 You have to fight until you deprive the helicopter of the whole energy bar. The machine will crash and Jose Castillo will die. This will complete the operation. 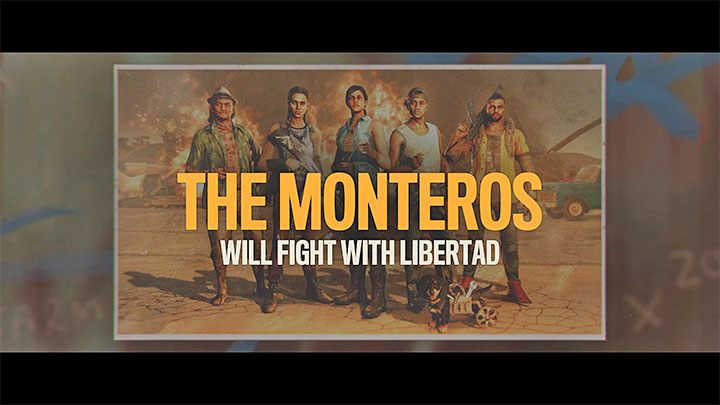 New cutscenes videos will play, and you will complete the storyline of the Madrugada region and the Montero family. If you have not yet completed all the operations in El Este and Valle De Oro, they should be your next objective.