On this page of the Far Cry 6 guide, you will find the walkthrough for the Dead Drop operation - one of the main missions related to the Esperanza region (the capital of Yara). The following walkthrough explains, among other things, where to meet Juan, how to deliver packages of the Viviro medicine, and how to escape from the bunker under the lighthouse. 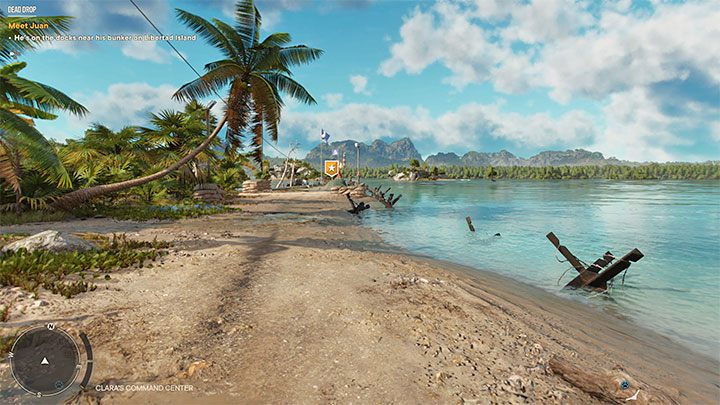 You can proceed to the described mission after completing the Paradise Lost operation, i.e. after visiting Hotel Paraiso in Esperanza.

This operation is received from Juan - head to Libertad Island. Go towards the marina.

Deliver the Viviro packages for Juan 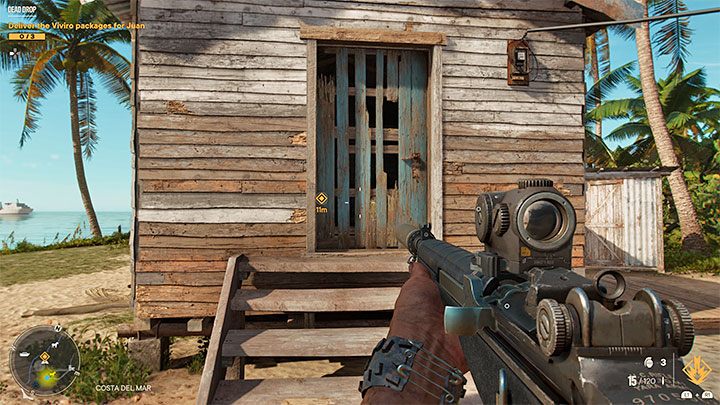 3 markers to which you have to deliver Viviro will appear on the world map. You can do all three if you wish, but this is optional. The nearest marker where you need to deliver the package from Viviro indicates a hut.

Use the boat you were given to get to the next markers. Remember not to get too close to the shore - it can be difficult to get back to water. Moor your boat some distance from the shore and swim to the beach. 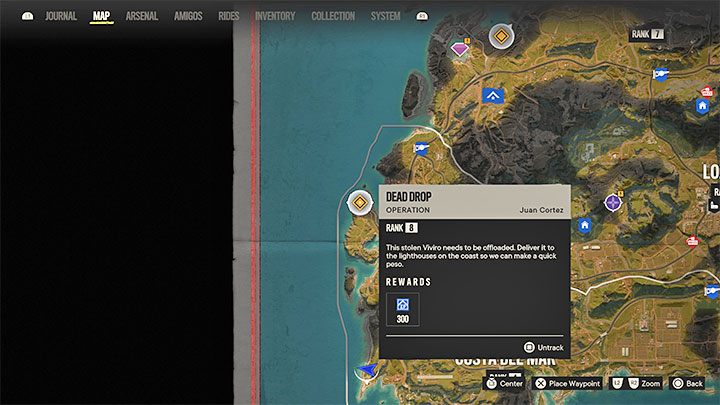 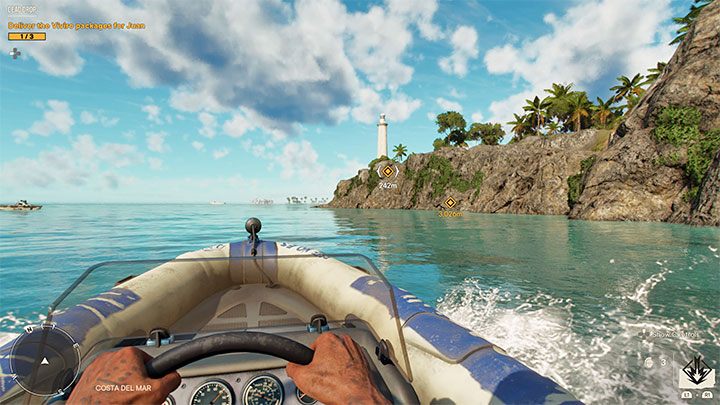 The most important in terms of completing this mission is the "middle" package drop point - the mission objective marker will lead you to the lighthouse. 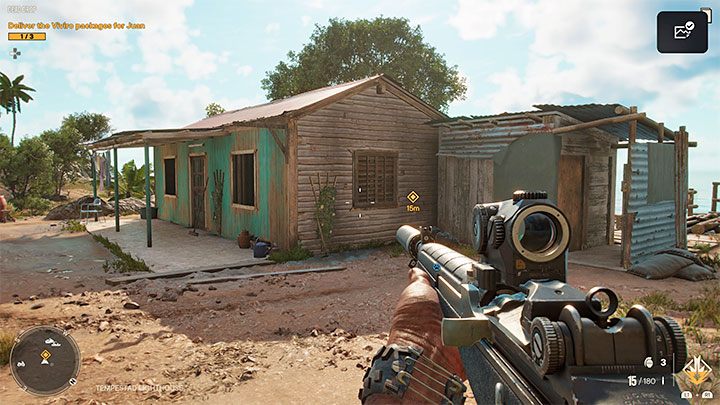 Head towards the cottage by the lighthouse. When you try to enter it, the protagonist will be captured - this is part of the story. 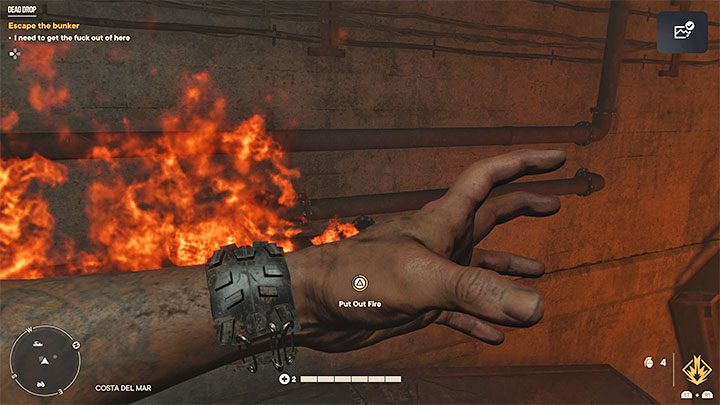 You need to start acting quickly. During the escape sequence, remember to put out the flames if the hero is set on fire - hold down Triangle/Y to do this. Don't avoid the fire completely, though, because there are a few places where you have to run through the flames. 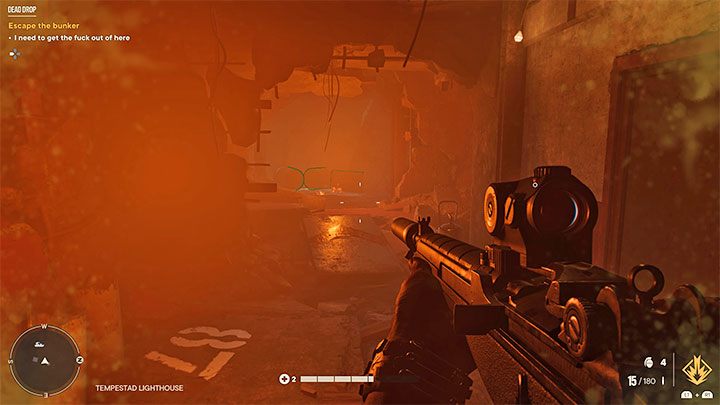 Follow the linear path through the bunker. Ultimately, you must reach the hole in the bunker wall and, by running through it, leave the bunker by falling into the water. The operation will end soon.