This page of the Far Cry 6 game guide contains a number of tips on how to destroy enemy anti-aircraft cannons. This is important information, as by default active AA guns make it impossible to fly safely over the island. 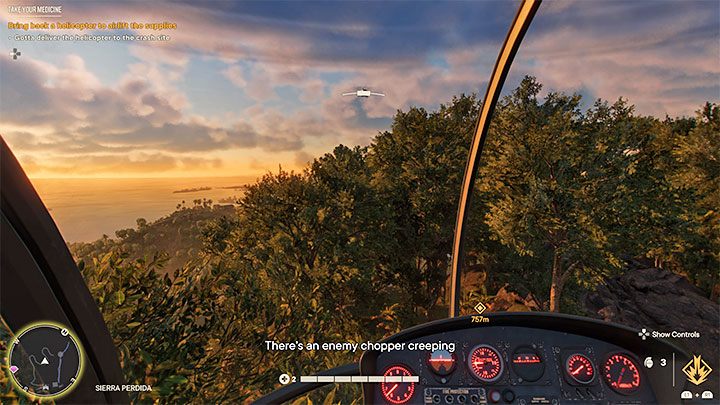 Anti-Aircraft Cannons are one of the most challenging aspects of the game world. You cannot safely fly within range of an active cannon, as the helicopter or plane you are controlling can be shot down quite quickly. 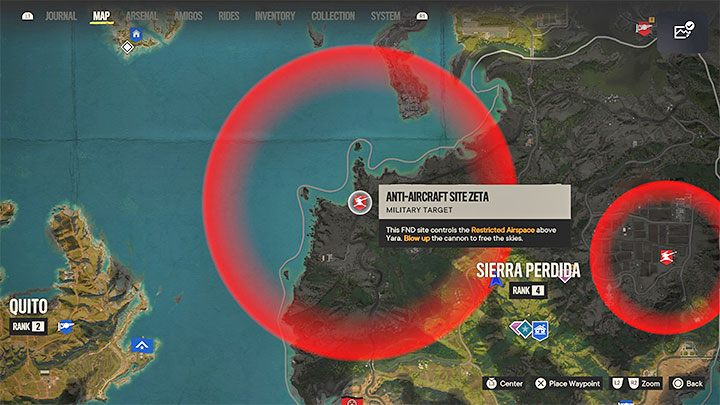 You have to discover and secure Anti-Aircraft Sites on an ongoing basis. You can simply find them while exploring the game world or, for example, learn about their location from friendly rebels you encounter (exclamation mark icons).

By hovering your cursor over a location with a cannon, you can view its range on the world map.

How to destroy anti-aircraft cannons? 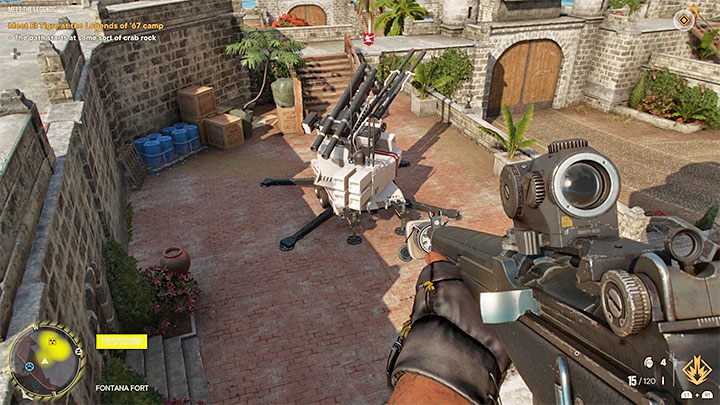 Your task is to locate and destroy the cannon - an example is shown in the screenshot. You don't have to eliminate all the opponents from the enemy location and after getting rid of the AA cannon, you can immediately run away. 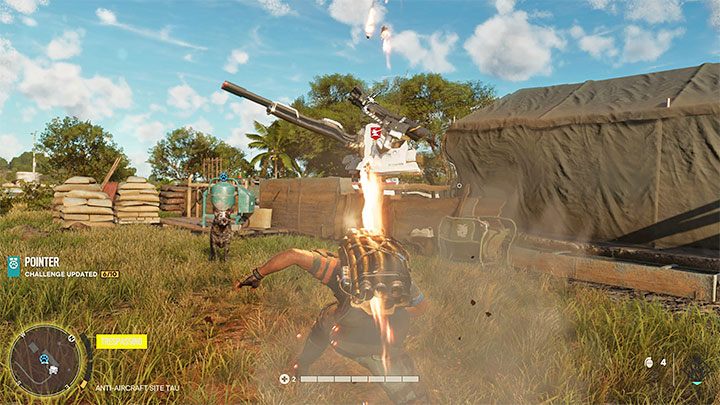 The best way to quickly destroy anti-aircraft guns is with the Exterminador Supremo, which is obtained by completing operation DU or Die in the early stages of the campaign. Simply position yourself several meters in front of the cannon, face it and activate your backpack to launch a series of rockets.

Alternatively, you can use grenades, a rocket launcher, or any other explosives. You can also, for example, drive up to a location with an AA gun with one of your tanks and use its main gun.

Try to destroy all newly discovered AA guns on a regular basis, as neutralizing them can make it easier for you to complete certain missions that involve flying vehicles.