This page of the Far Cry 6 game guide contains information on the most useful Supremos - backpacks with various special attacks. In addition to listing the best Supremos, we have also included general advice on how to use them. 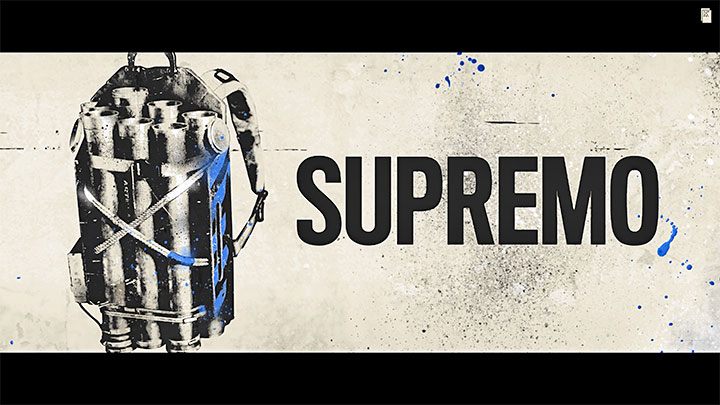 Supremos are backpacks installed on the back of the main character. They have two main uses:

The Supremo special attack is activated by pressing L1 R1 / LB RB, and using it is only possible if the backpack is charged (a large icon displayed in the lower right corner of the screen). Suprempos don't require any ammo, but when you activate the backpack, it has a cooldown time - you have to wait for the attack to reload. You can look around for, among other things, weapon upgrades and pieces of armor that can reduce the cooldown time of the Supremo to use it more often.

You get the first Supremo (Exterminador) for free, but you have to buy the next ones. You can purchase them at Juan's as a part of the Yaran Stories (side missions) titled Supremacy. Unfortunately, you don't pay for Supremos with cash, but with depleted uranium - a rare raw material that you can find in some enemy bases (e.g. in those with anti-aircraft cannons).

You can change your Supremos in the arsenal tab, and it is also possible to do this during the free exploration of the game world. You can also assign different gadgets to each of the Supremos. 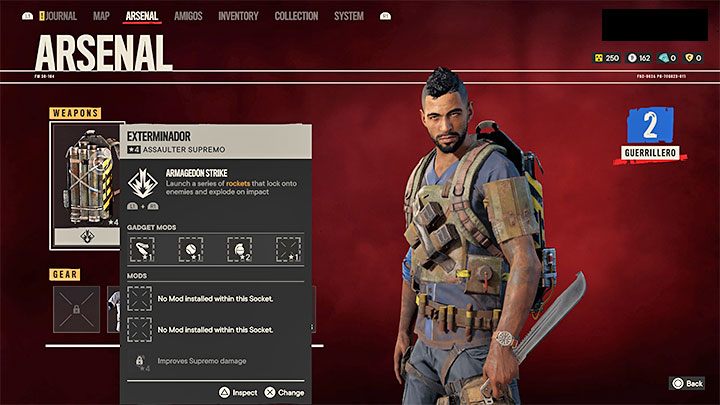 Exterminador is the first supremo you'll unlock, and it's worth using it regularly because it's very useful. Activating it will launch a missile attack. Missiles can attack targets in front of the hero or fly towards targets you marked before launching the attack. 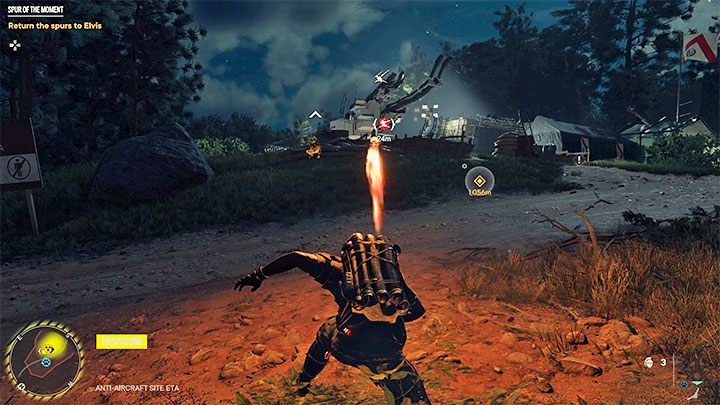 Exterminador is great for attacking groups of enemies in front of the character.

It also can be used to destroy stationary targets, as AA guns or enemy vehicles.

Supremo Volta - ideal for sabotaging helicopters, tanks, and other vehicles 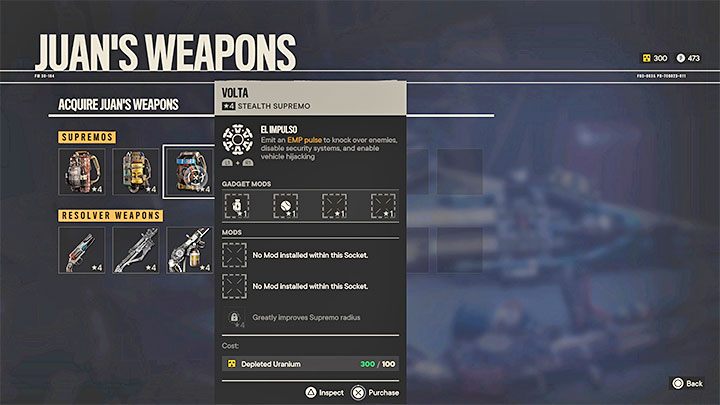 Volta is a Supremo that you should buy in the first place after accumulating enough depleted uranium. It sends a powerful electromagnetic pulse (EMP) capable of paralyzing all devices and machines within its range. 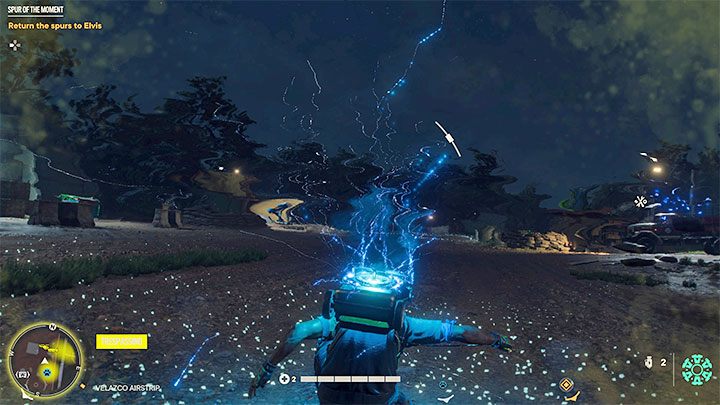 The ideal use for Volta is in the battles where you fight against an enemy helicopter or tank: