On this page of our Far Cry 6 guide you'll find a walkthrough for the Tricks of the Trade Yaran Story - a sidequest in the El Este region. The walkthrough explains how to find the billboards showing Admiral Benitez, how to destroy them, and how to save Felicia during the prisoner exchange. 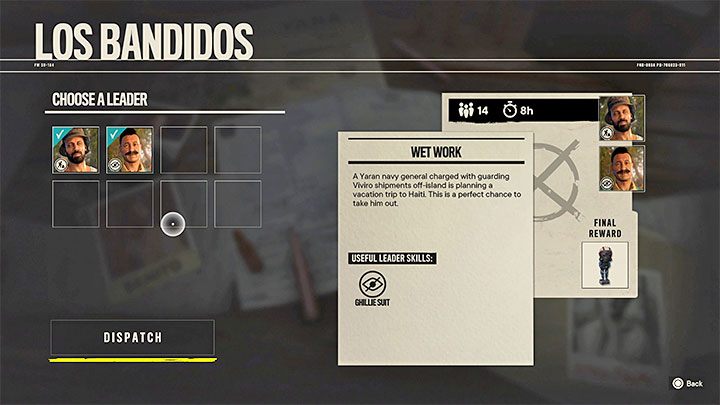 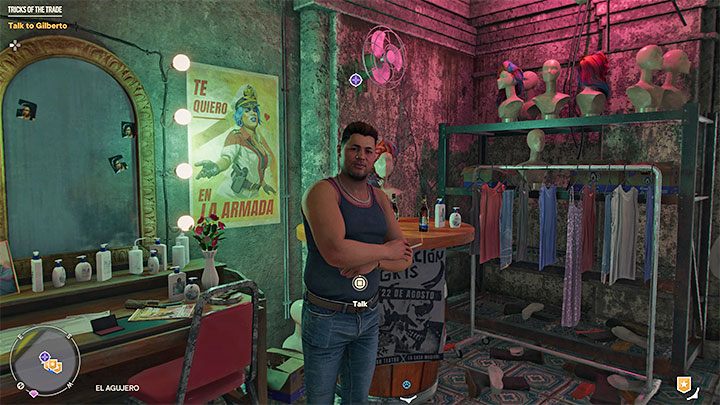 You can start this quest immediately after successfully escorting Captain Diaz through the jungle during the Undercover Stud Yaran Story (sidequest) in the El Este region.

You must return to the rebel hideout in the town of Concepcion and talk to Gilberto again. 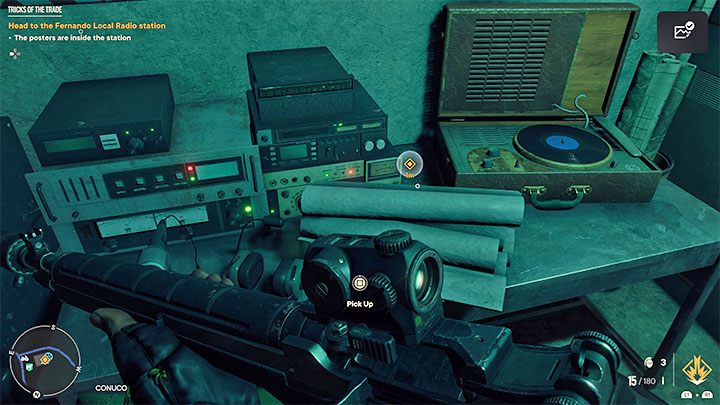 TheFernando Local Radio station is located far west from the town. It stands on top of a mountain and is recognizable thanks to the presence of a radio tower.

Enter the building. You can ignore the characters found inside and immediately start looking for the posters you must take with you. 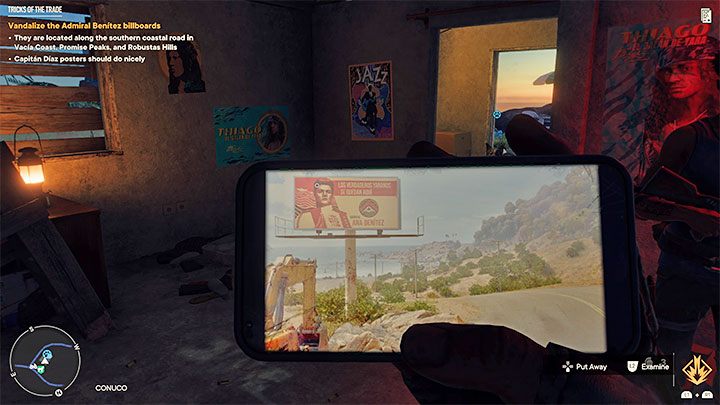 The new mission objective can be quite problematic, as the game does not display the exact locations of billboards showing the Admiral on your map. You need to find all the billboards on your own, with the photo you received on your phone serving as a hint on what they look like. 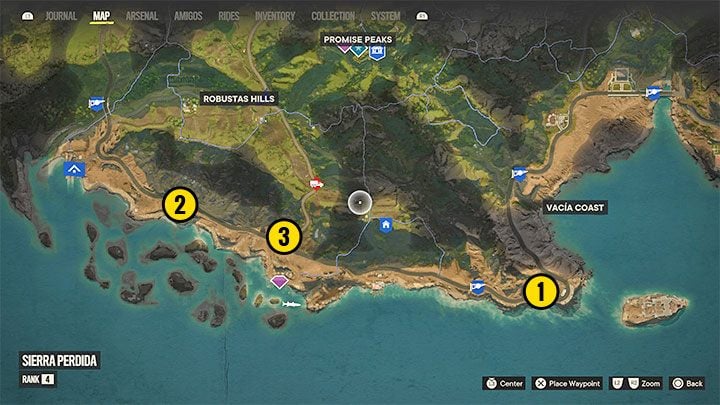 The map above shows where to find the billboards. You'll encounter them while travelling off the main road in the southern area of the El Este region. 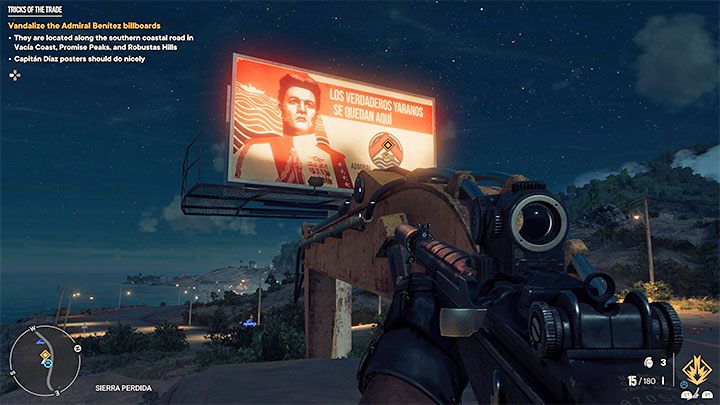 Each time you locate a new billboard, you must climb up onto it. You may, for example, need to use a ladder or climb a machine next to the billboard. 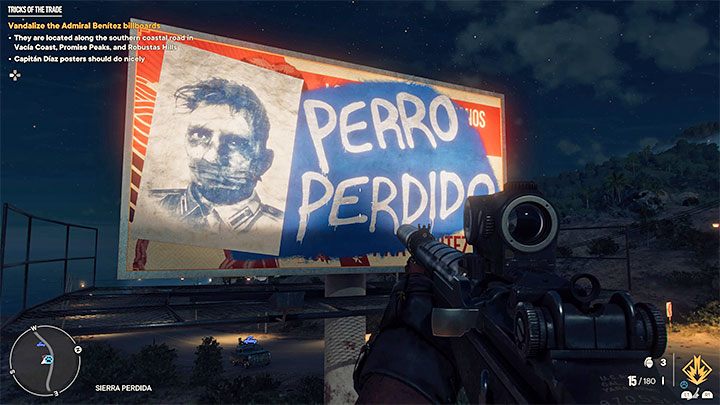 Regardless of how you manage to climb onto it, you need to stand a few centimeters in front of the billboard and hold down the interact button to vandalize it. You need to destroy three billboards in total.

Head to the rendezvous point at Basilica de la Virgen 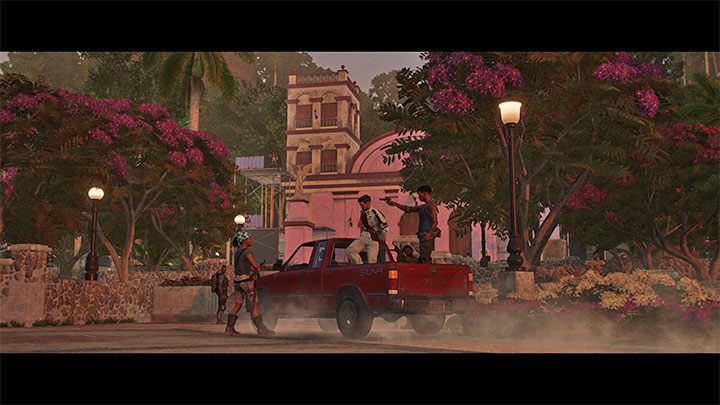 After vandalizing three billboards wait for an announcement on your radio and head for the Basilica. Once you arrive, a cutscene will start - afterwards you can proceed with the prisoner exchange. 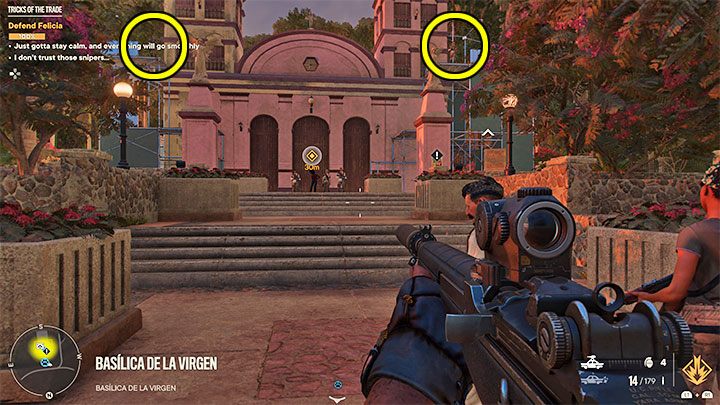 Just as you were warned, the snipers occupying the balconies are a serious threat. They'll start attacking you shortly after the prisoner exchange begins, but you can take the first shot at them yourself if you want to. 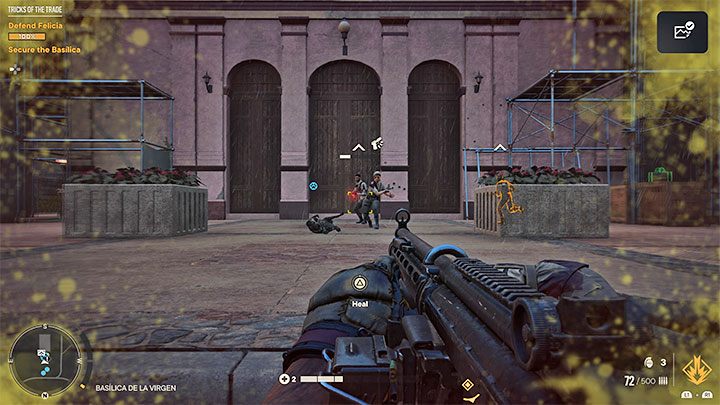 Regardless of how the gunfight starts, try not to use explosives or incendiary weapons - otherwise you could hurt Felicia (the woman you're exchanging for Diaz), whose death fails the mission.

After the battle approach the woman and free her by holding down the interact button. The mission concludes after a brief conversation.