This page of the guide to Far Cry 6 features the walkthrough of operation The New Revolution , one of the main missions in El Este. The following walkthrough explains e.g. where to find La Moral's secret hideout in Concepcion, how to infiltrate the enemy ship, how to free the hostages and how to defend yourself from soldiers' attacks while protecting the freed rebels. 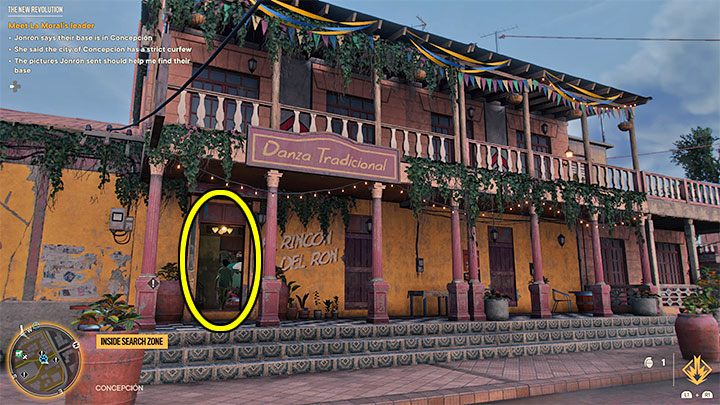 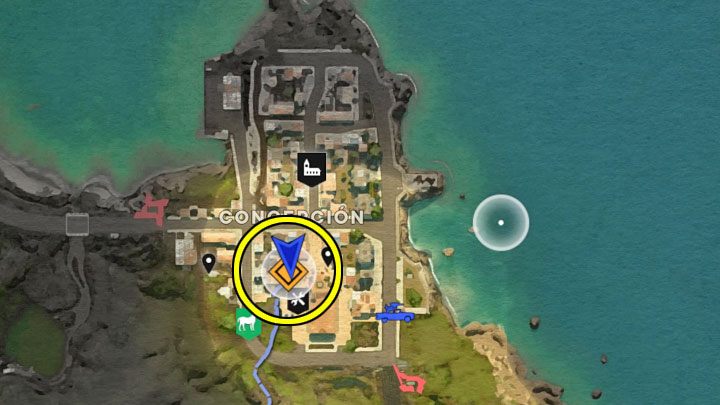 This is one of the new main quests unlocked after completing the Take Your Medicine operation. You have to meet Jonron, who has moved to the Patriotas Peak guerrilla camp in El Este since you last spoke.

The new destination is a town called Concepcion in Conuco. You will receive a message from Jonron with two pictures of where to find La Moral's hideout. You'll need to find the Danza Tradicional building, visible in the image above - it's in the southwest part of town. 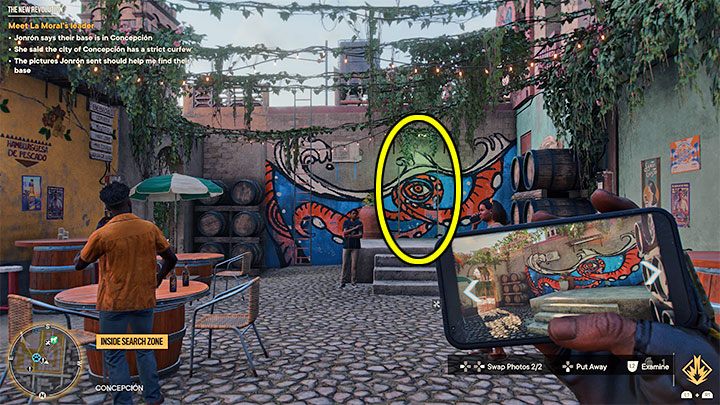 The entrance to the rebel hideout is hidden, but the photo you received will help you find it as well. Interact with the door "inside" the large graffiti on the wall - you will be automatically let inside. 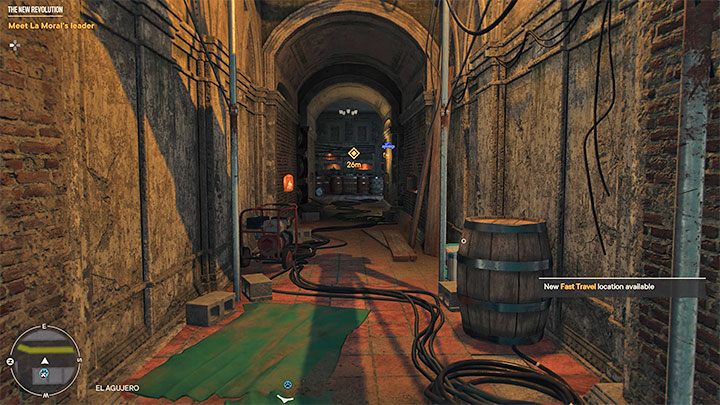 Go to the main room of the underground lair where you will meet Yelena Morales. 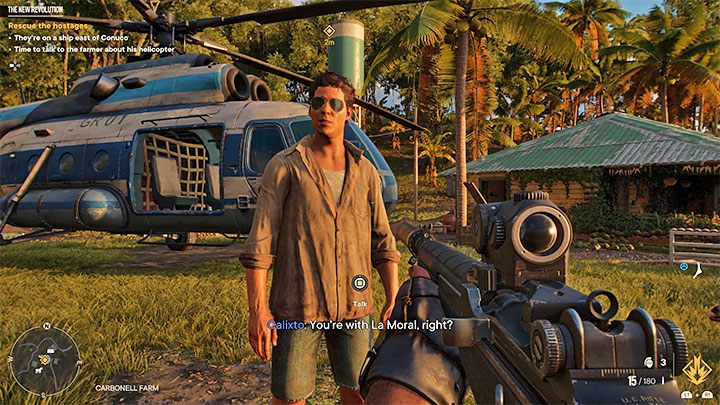 Talk to one of the rebels at the exit, then mount your horse and follow him.

At the Carbonell Farm , you must talk to Calixto - he is a helicopter pilot and he will help you get to the ship, where the prisoners are being held. 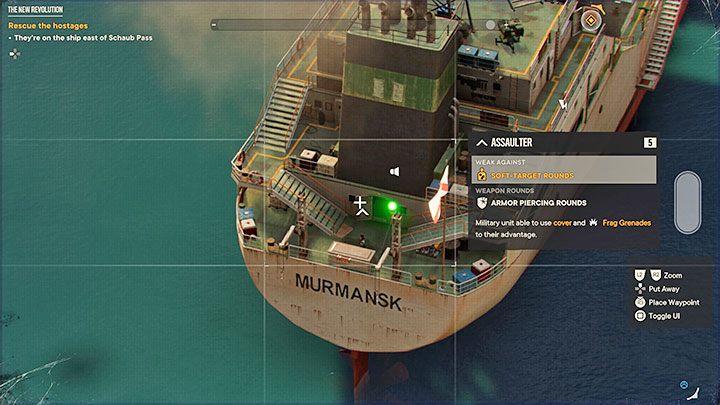 Wait until the helicopter takes you near the enemy ship on the open sea. It's a good idea to use your smartphone to do some initial recon from above - try to tag both the enemies and alarm switches. 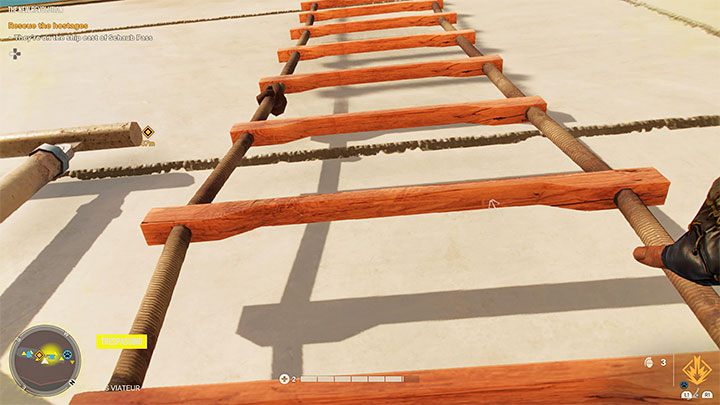 Jump out of the helicopter, but try to not land on the ship right away to avoid alerting the enemies. It will be safer to land in the water and then use the ladder to silently infiltrate the enemy ship. 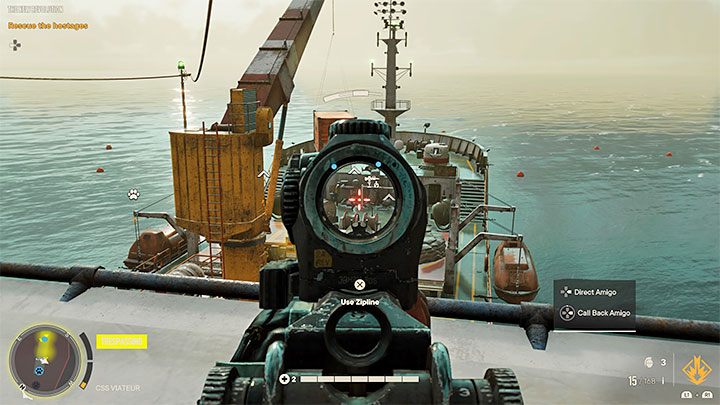 Your task is to get rid of all the enemies aboard the ship, which you can do either silently or in open combat. You may want to climb one of the higher points to have a good outlook of the situation and make yourself more difficult to approach in case you're detected.

There is a helicopter on the landing pad on the ship - you can stay close to it to prevent any enemies from using it. 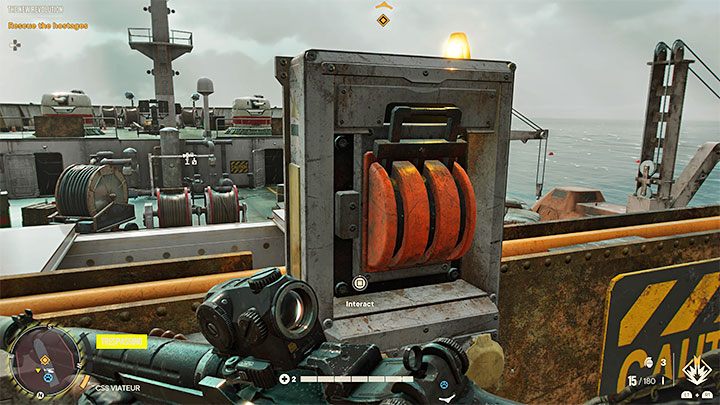 Once you've eliminated all enemies aboard the ship, find the interactive lever. You have to lower the orange container and then smash its lock to free the people inside. 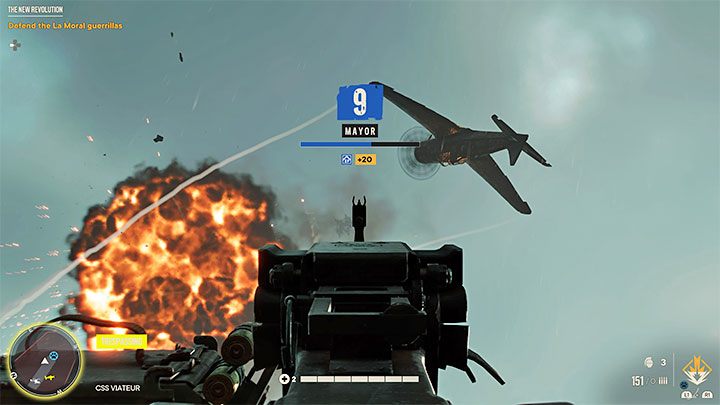 Enemy planes will start flying over the ship, but you don't have to use a rocket launcher or any other of your weapons to destroy them. It is much better to use stationary guns that are on the ship. Use them to shoot at the planes for a longer while and take them down. 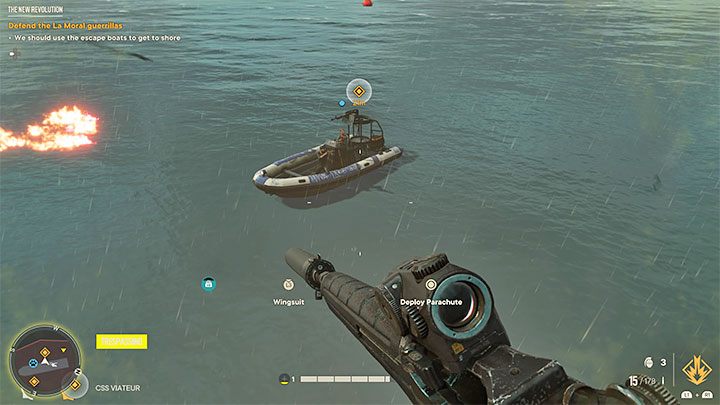 Don't try to destroy all enemy machines at all costs. You need to hold out until a boat comes up to the ship. Abandon ship and swim to the boat. 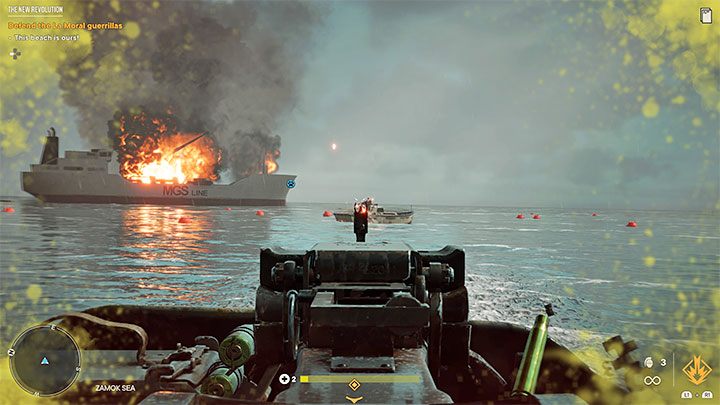 During the escape sequence, use the gun mounted on the boat, but focus on shooting other boats rather than the planes. 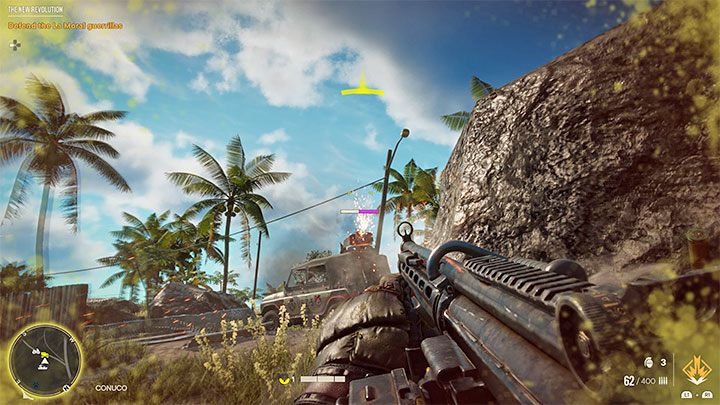 Once you reach shore, the final fights will begin, and again you need to focus on taking down the enemy vehicles quickly. Here, you can use your own equipment - grenades, rocket launcher or a grenade launcher will be perfect for this fight.

Defeating all soldiers will complete this mission. 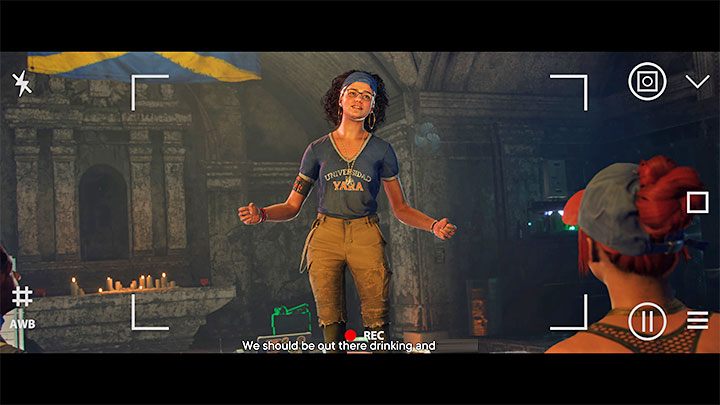 A marker for the new operation will appear in the rebel hideout in Concepcion , but it is really just a longer cut-scene. You must again use the secret passage to the underground guerrilla base and watch Yelena's speech.

After completing the Bullet Points mission, more quests in the rebel hideout in Concepcion will unlock.