This page of the Far Cry 6 game guide contains the most important information about Guapo, the Amigo/pet. We explain when the crocodile can join the main character and list the unique features that set Guapo apart from other pets.

Unlocking the crocodile as a pet 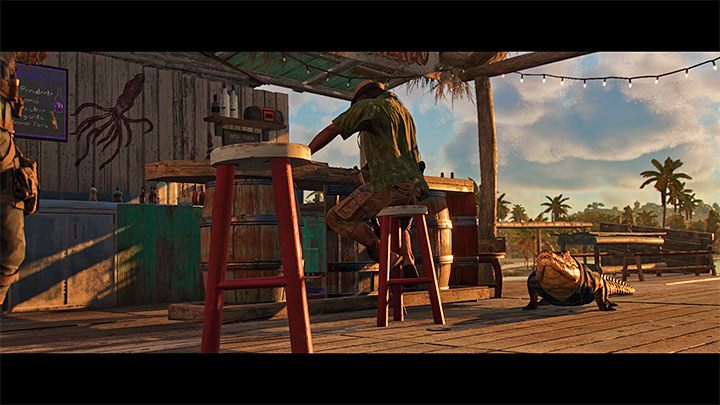 Guapo will be your first pet in the game and he will automatically join your character very early in the campaign.

Guapo is the name of the crocodile tamed by Juan Cortez, whom you will meet during operation Juan of a Kind on Isla Santuario, the "tutorial" island. The man can initially be found at the bar in Armonia village. 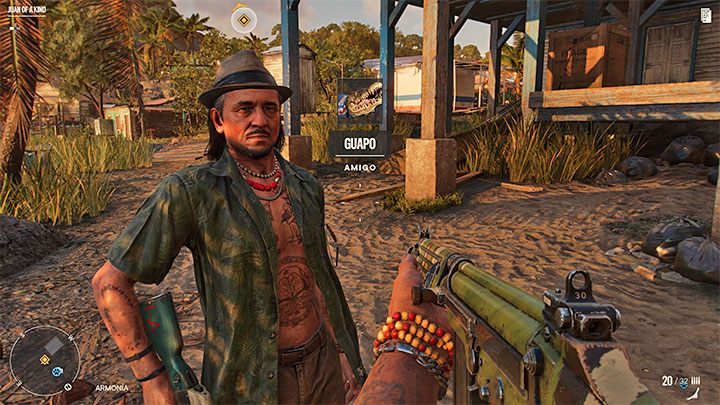 Shortly after meeting Juan, you will have to fight on the beach against hostile soldiers. After the battle, Guapo will officially become your first Amigo and will be able to continue traveling with you.

Traveling together with Guapo the Amigo 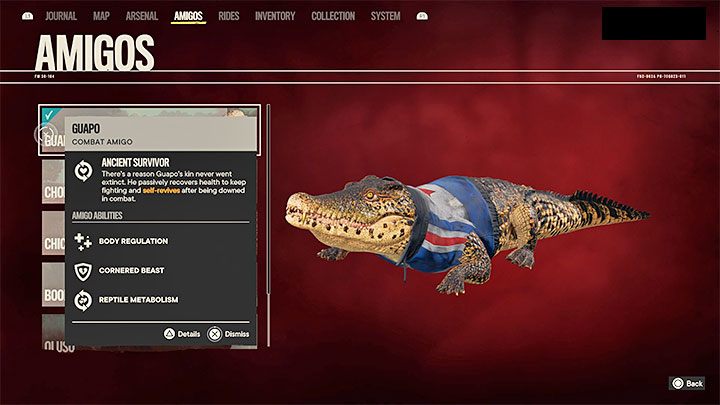 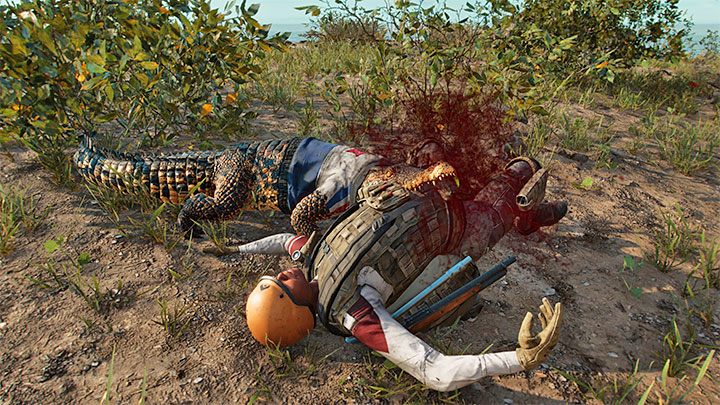 Guapo is a combat Amigo, which makes him perfect for attacking opponents. Interestingly, the crocodile is able to approach enemies without alerting them early, thus increasing the chances of a successful attack.