On this page of the Far Cry 6 game guide, you will find a walkthrough of the operation Death Warrant, one of the main missions in the Madrugada region. The guide describes how to infiltrate the Casa del Viento hotel, determine the whereabouts of the mission objectives and locate and kill all 3 enemy lieutenants. 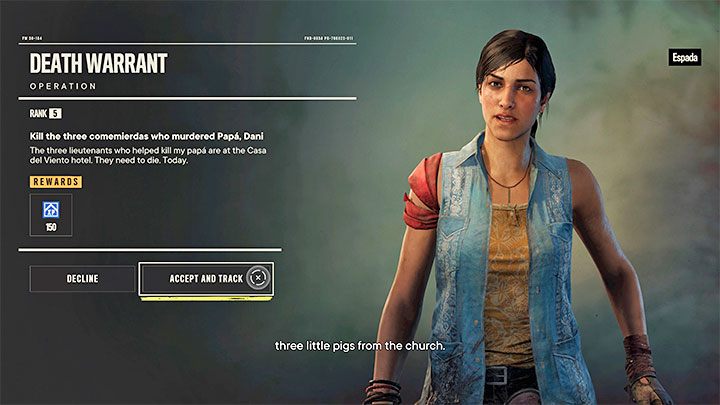 This operation becomes available after completing the main quest, Bury the Hatchet. This time you have to meet Camila at the Montero Farm. She will ask for your help in assassinating 3 comemierdas - enemy lieutenants. 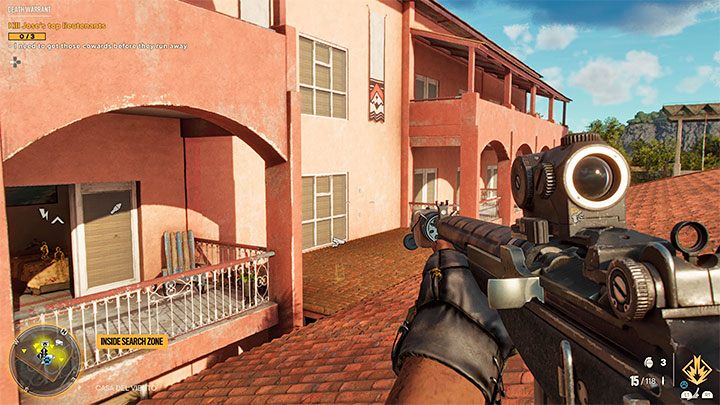 In this operation, you will have to visit 3 different locations (the mission objectives will reside in different parts of the island), and the first one is the Casa del Viento Hotel.

The Hotel is guarded by soldiers. Possible detection will not lead to failing the mission, although it may make it more difficult for you to complete it. It is a good idea to scout and stealth and look for opportunities to eliminate enemies silently. You can also, for example, destroy a nearby cage and release a wild animal to confuse enemies. 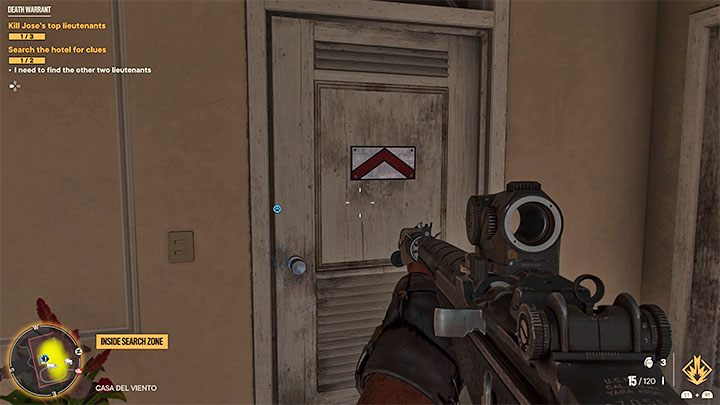 You have to explore the hotel from the inside. You can get inside through the main door but also by climbing the scaffolding adjacent to the hotel. Then, you can infiltrate the building from the balcony side.

Rooms associated with the operation have the lieutenant rank symbol on the door (example in the picture). You have to search one room for every floor - ground floor, first floor and the second floor. When using the main staircase, be ready to deal with individual guards quickly. 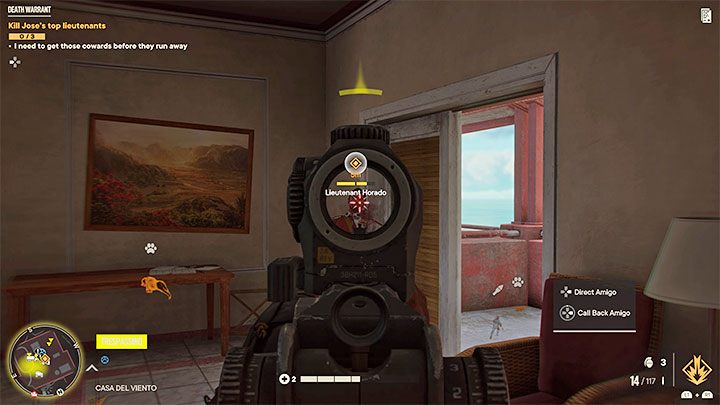 Lieutenant Horado is staying in one of the marked rooms - kill him whatever you like. 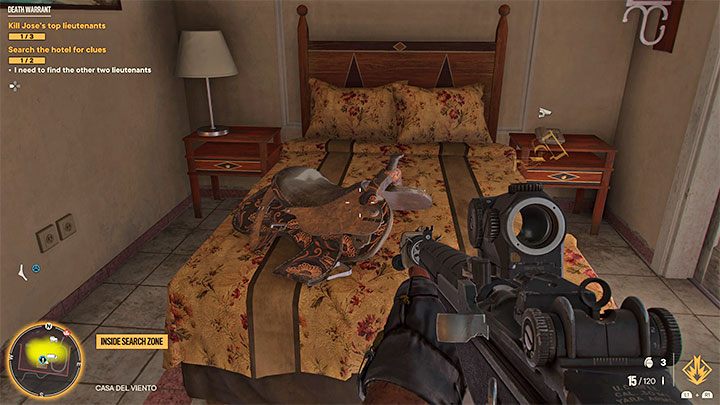 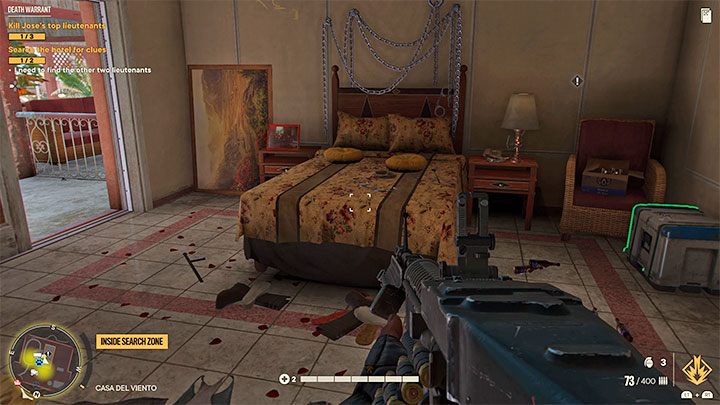 The other two lieutenants are not at the hotel, and instead, you have to look for clues about their whereabouts. In other rooms, you must examine the saddle lying on the bed (picture 1) and the photograph on the left of the bed with shackles (picture 2). 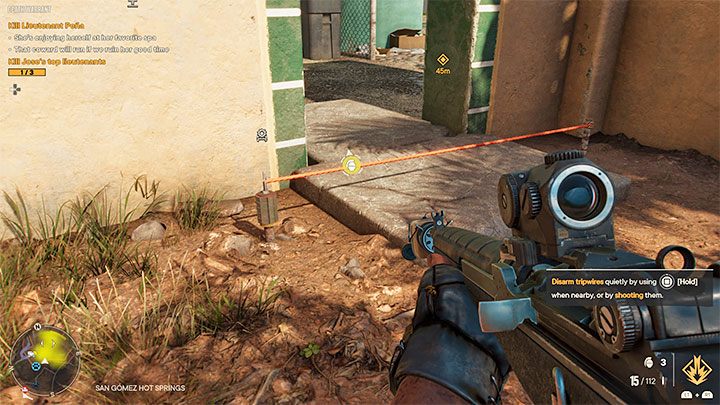 During the exploration of San Gomez Hot Springs, you will encounter new enemies but also traps - an example is shown in the picture. Fortunately, they generate noise, so you would know they are nearby. It is best to disarm them after carefully approaching them.

As for the spa, we recommend climbing onto one of the taller buildings and doing some reconnaissance. 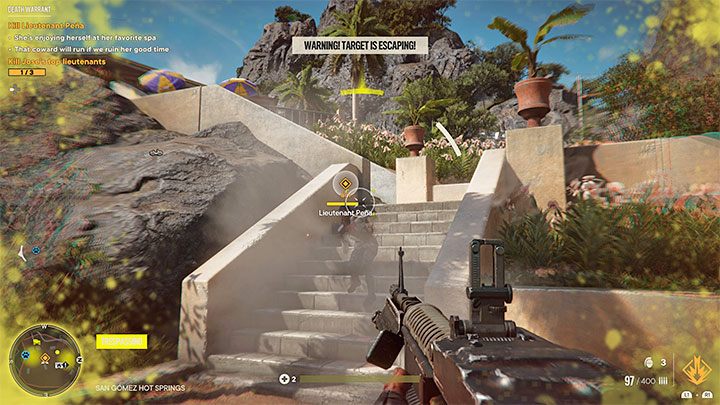 In this and the third place we've described in the next subsection, stealth is highly recommended. If you alarm the enemies in the area, the lieutenant may flee. If that happens, react quickly to identify and assassinate the mission objective to avoid failure. It's recommended to use radar, do reconnaissance, and equip yourself with a weapon with a silencer. 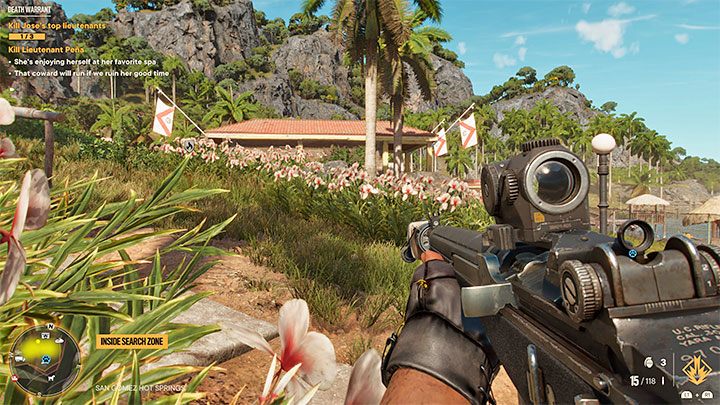 Lieutenant Pena is inside a building with an officer rank symbol, shown in the picture above. 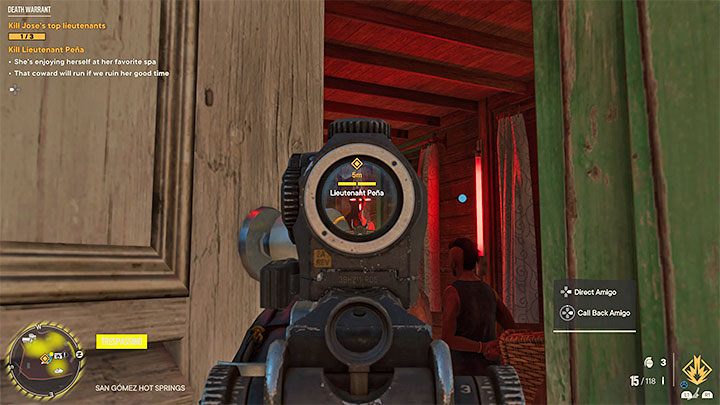 After sneaking into the designated building, simply shoot the mission objective. You need not worry about the civilian who accompanied the lieutenant. You can leave this location right away. 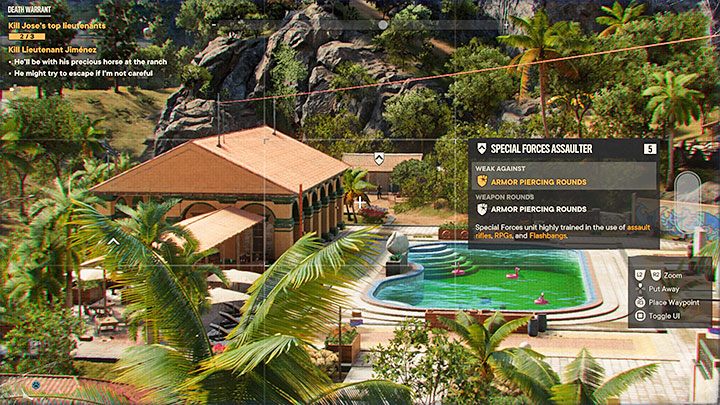 The last location to visit is the De Francisca Ranch, and just like the previous two locations, you shouldn't skip the reconnaissance. Stealth and evade or silently eliminate soldiers. Jimenez also may try to flee after the area is alarmed. 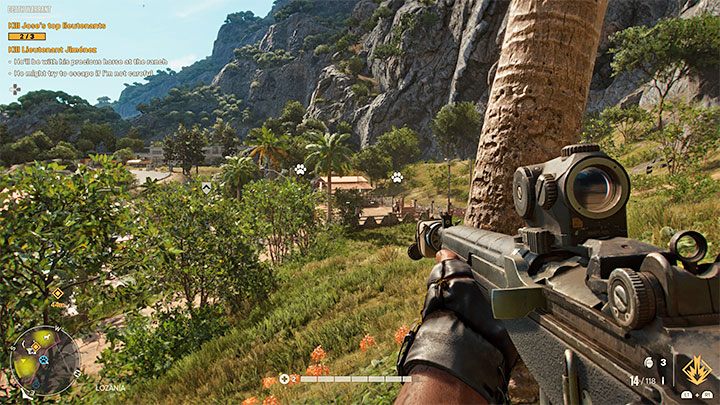 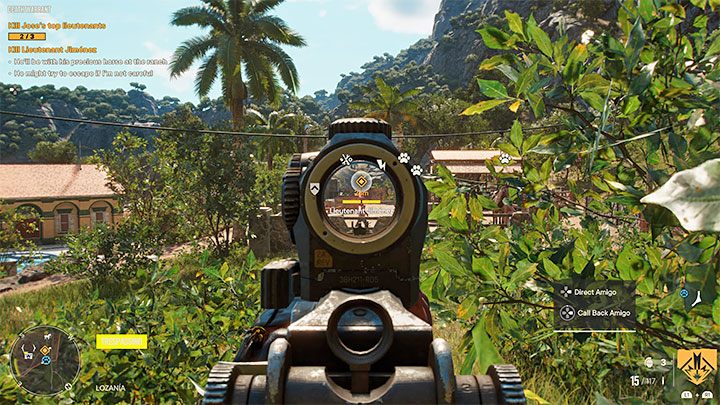 The mission objective should move around the side area where the horses are brought out of the stud. The best way is to identify him is to use a smartphone and then shoot him with a good ranged weapon. You don't have to secure the entire ranch.

The deaths of all 3 lieutenants end the operation.