On this page of the Far Cry 6 game guide, you will find a walkthrough of the Yaran Story titled Who's a Good Boy?, a side mission in the Madrugada region. The following walkthrough describes, among other things, how to unlock the first Chorizo the dachshund quest, where to find the crocodile hunting ground, how to properly hunt a crocodile and how to obtain the predator's meat. 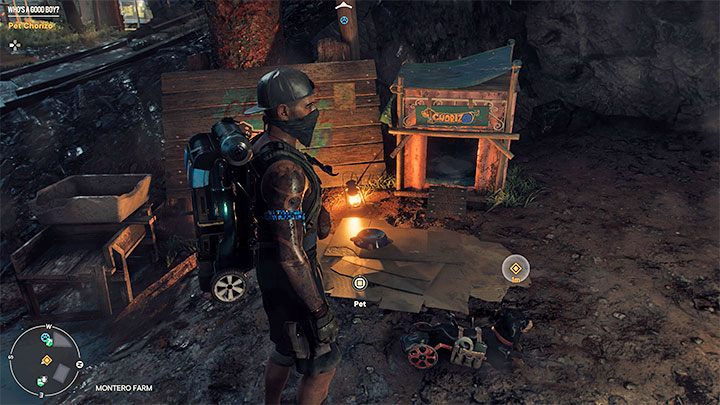 You can tackle unlocking this side quest after you first arrive at the Montero Farm, which is a guerrilla hideout in the Madrugada region. This takes place during operation Meet the Monteros.

At camp, interact with Chorizo the dachshund to start befriending your future pet.

Read the note next to Chorizo's dog house 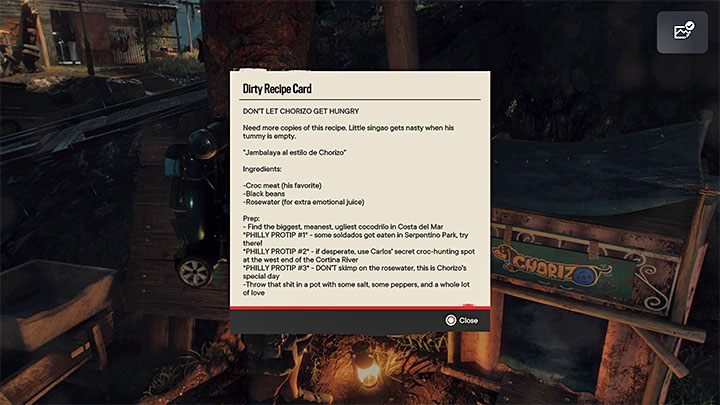 A Dirty Recipe Card is attached to the wall next to where this operation began. You will learn from it that Chorizo's favourite treat is crocodile meat and you will have the chance to get some. 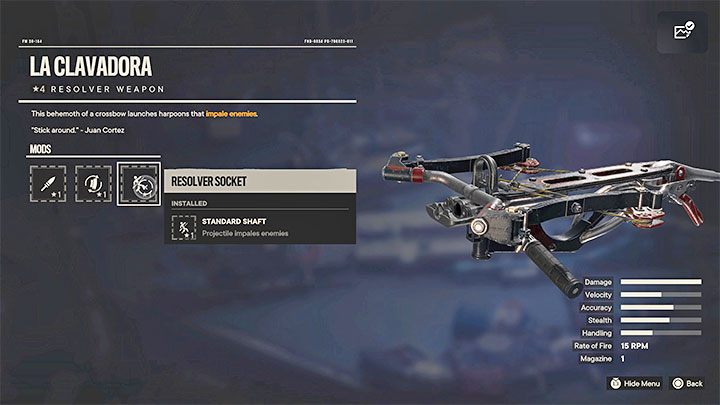 Before you set out on this mission, we suggest equipping yourself with a crossbow or a bow (they can be looted or bought from one of the traders). These are ideal weapons for obtaining undamaged meat from the animals you hunt down.

For example, you can buy a crossbow (La Clavadora) in Juan's store - it's linked to the Supremacy side quest, which we described on a separate page of the guide. 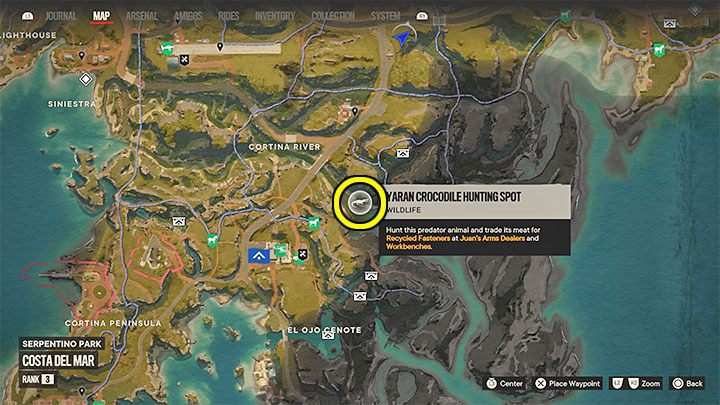 The note included tips on recommended crocodile hunting spots. Among other locations, the fishery from the screenshot above should have been added to your map - it can be found south of the camp, near the Cortina Weather Station (an enemy outpost). 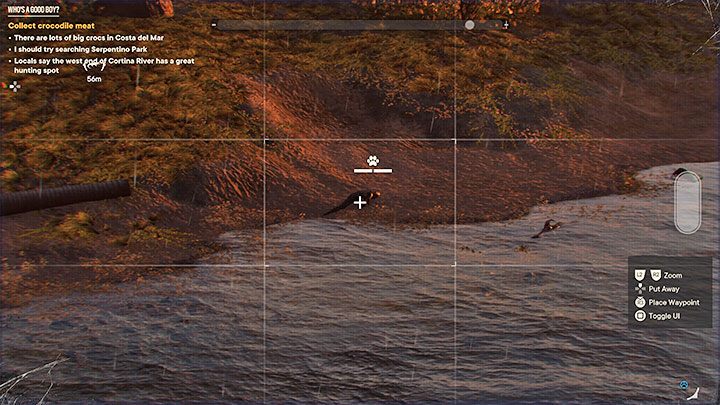 After reaching the place, it's best to scout it from a distance in order to look around for a crocodile and tag it. 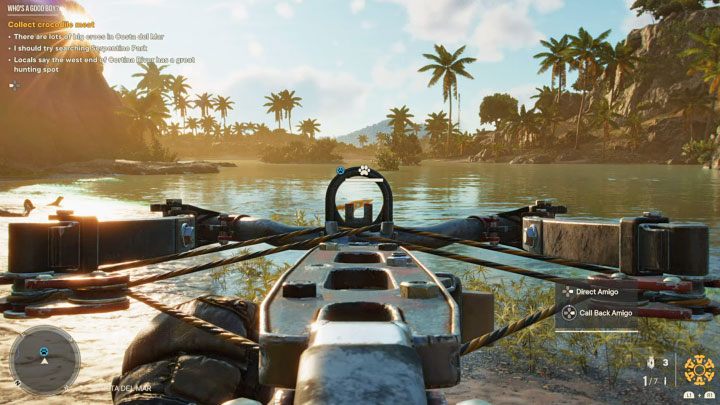 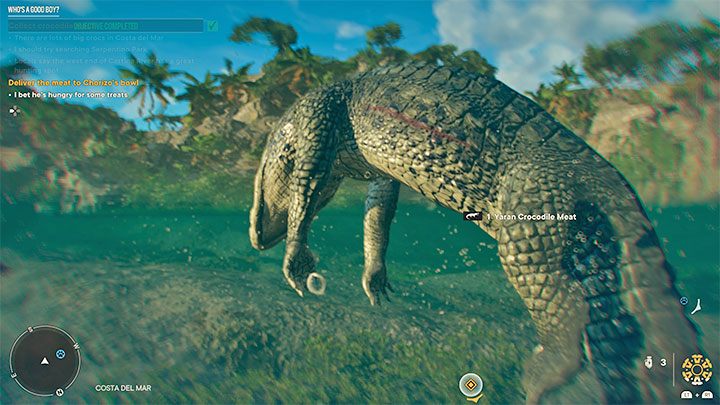 As mentioned before, it's a good idea to use a crossbow/bow to kill a crocodile or, as a last resort, a decent rifle (e.g. the sniper rifle) targeted at the creature's head. Using heavier equipment or explosives can result in the Yaran Crocodile Meat being destroyed and you won't be able to use it to complete the mission.

Additional note - If the crocodile dies in the water, you can dive in to look for its body. Unfortunately, the game won't mark its exact position.

Deliver the meat to Chorizo's bowl 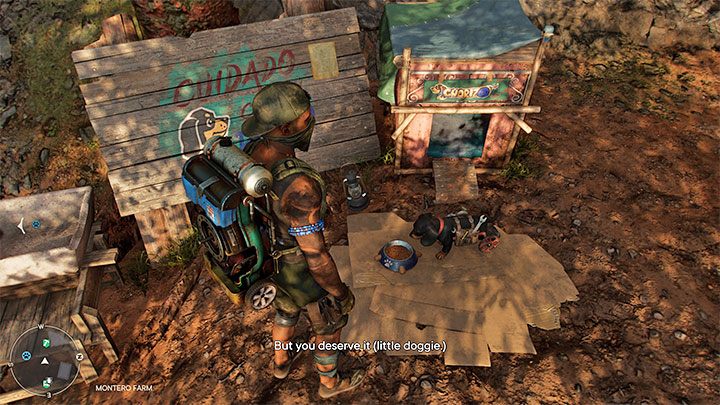 You can now return to the Montero Farm and Chorizo's location. Interacting with the bowl will allow you to complete the mission, but another quest related to the dachshund - the Fetch Quest- will immediately be unlocked.