This page of the guide to Far Cry 6 contains a walkthrough of the operation titled Libertad Rises - one of the main missions of the introduction to the campaign. The following walkthrough explains how to destroy the anti-aircraft gun, how to reach the top of the lighthouse, how to infiltrate enemy ships and how to get rid of the enemies on both ships easily.

Blow up the anti-aircraft cannon 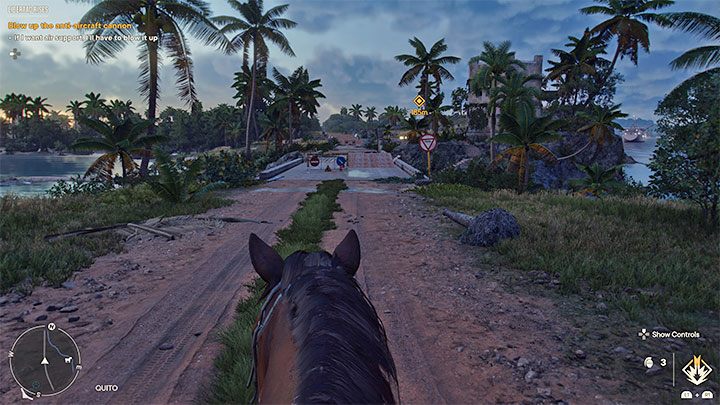 You can do this mission after completing the Fuel the Revolution quest, and you must return to Clara's camp to discuss the plan of action with other guerillas (it's best to use the fast travel option).

You will reach the anti-aircraft gun site from the south by default, and if you want to avoid fights, swim to the other side instead of using the bridge. However, you can also reach this site from the north or northwest, avoiding the initial fights. 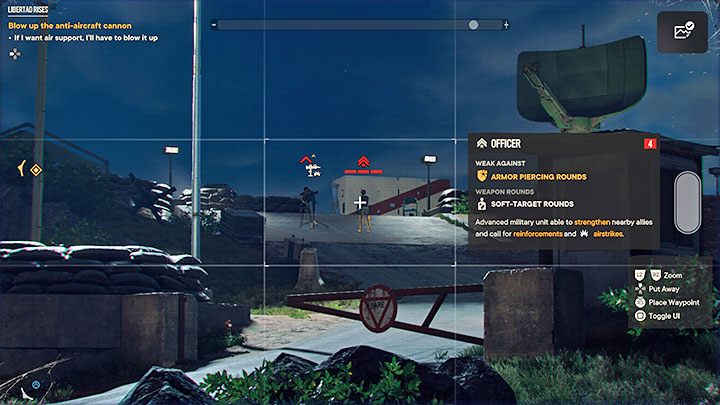 Conducting a reconnaissance is recommended but not mandatory. If you decide to do it, try to identify the officer roaming around the area so you can quickly kill him if necessary and prevent him from calling for reinforcements. 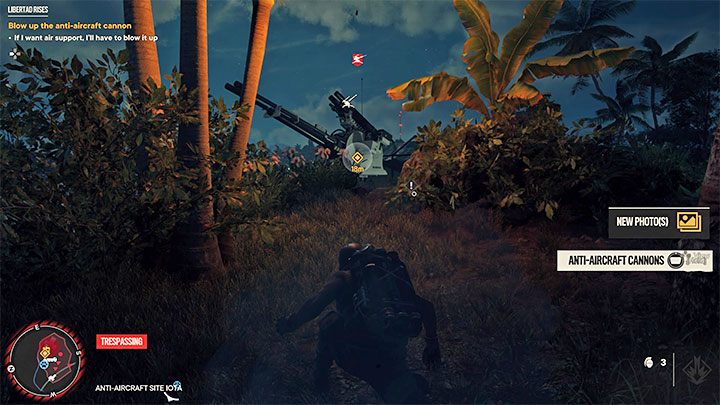 It's most convenient to approach the AA gun from the northwest through an unguarded path that's there. You can use any explosives (grenade, dynamite, etc.) or the Exterminador Supremo to destroy the gun - stand close to the target, turn towards it and activate the special backpack attack.

After destroying the gun, you don't have to secure the rest of the location; just quickly move away from it. It's good to secure the base, though, because among other things, you can find depleted uranium there.

Get to the top of the lighthouse 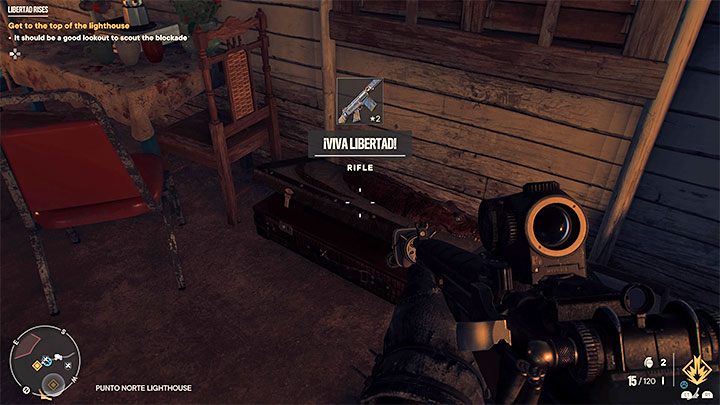 The lighthouse is at the northern end of the starting island, and you can get there any way you like.

We recommend checking out the hut by the lighthouse first, as inside is a chest with a unique Viva Libertad rifle(you can also return for the rifle later in the game, of course). 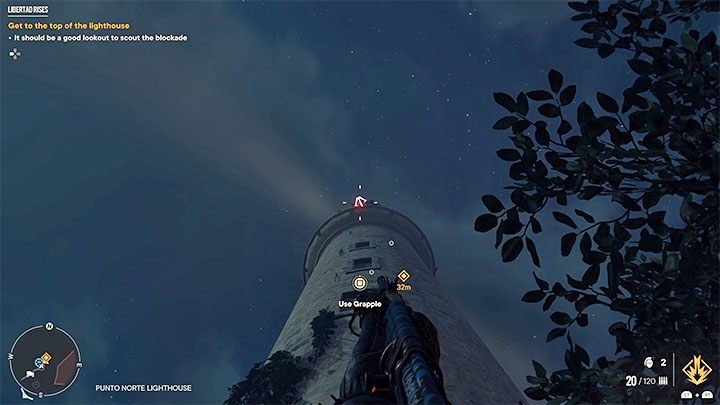 Use the stairs, and look up when you reach the closed entrance to the lighthouse. You can use the climbing kit and grab onto the hitch shown in the picture. Then start climbing to the top of the lighthouse.

Clear and secure the ships 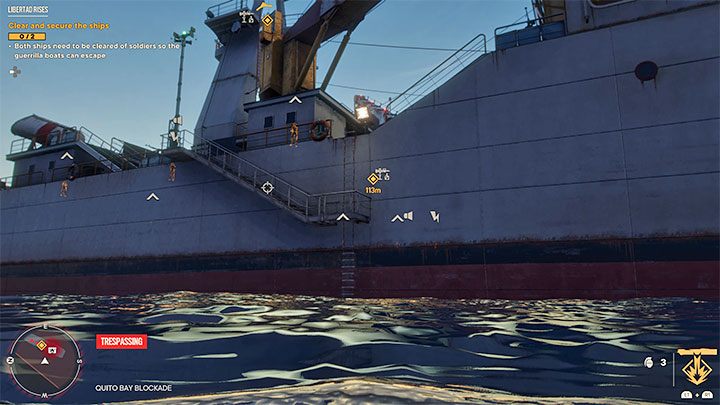 Your second big task in this mission will be to get rid of all the enemies from the 2 ships blocking the bay. It is a good idea to stay in Julio's location at first and do a reconnaissance of the first ship. Tag as many enemies as possible.

Jump off and use the parachute. After landing in the water, swim to the first ship and use the ladder to get on board. 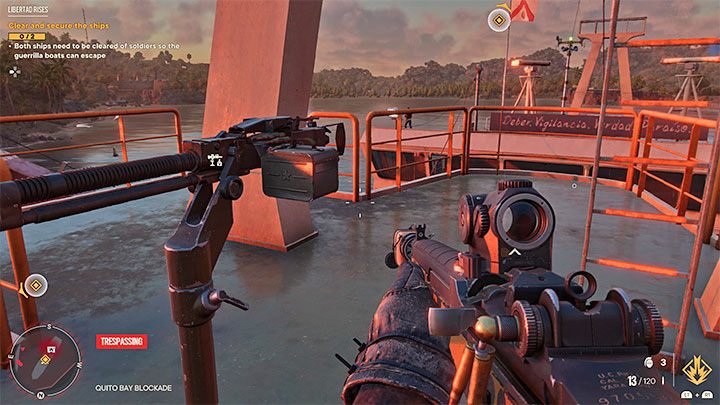 Once again, the game allows you to choose between open combat and stealth.

If you choose open combat, try to remain behind covers and watch the radar. You can also find machine gun stations on board, which can be useful in attacking enemies. 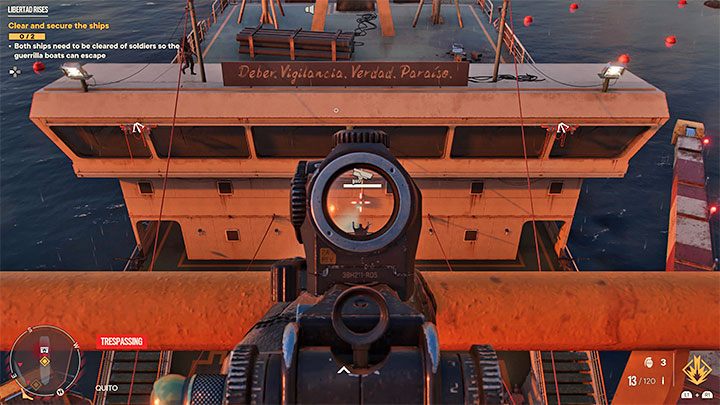 If you prefer stealth takedowns, use silenced weapons and destroy security cameras along the way, which could otherwise alert everyone nearby. On the ship you ca also find panels which disable the alarm - sabotage them.

Keep clearing the first ship until the mission objective updates with information that it has been successfully secured. 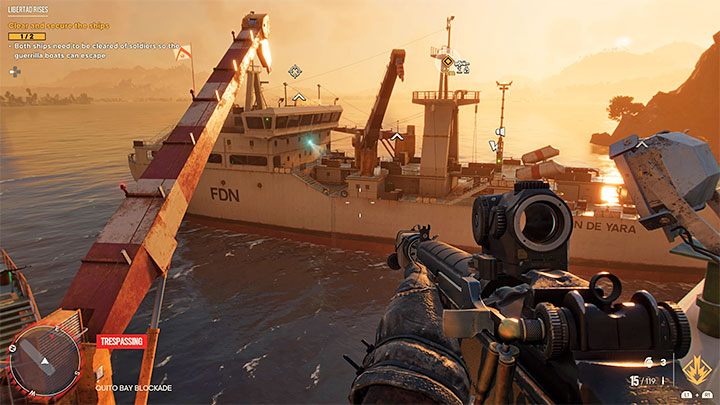 For the second ship , the plan of action is very similar - start by doing a reconnaissance with your smartphone, then swim to it and use the ladder. 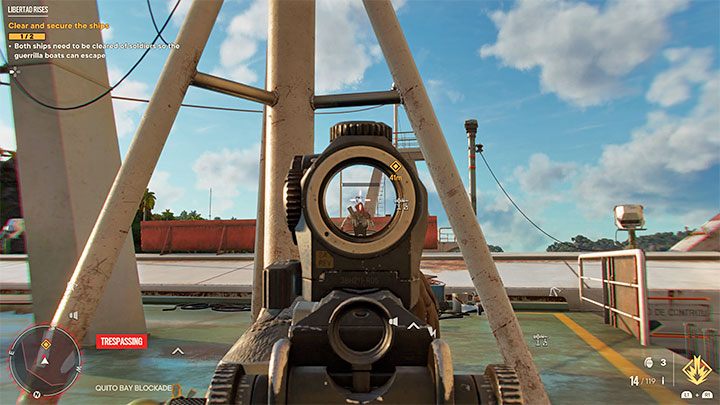 Watch out for snipers who can effectively attack from a long distance if you're detected. It is worth getting rid of them first.

Just like before, you can either engage in open combat or stealth, and you have to clear the second ship as well. 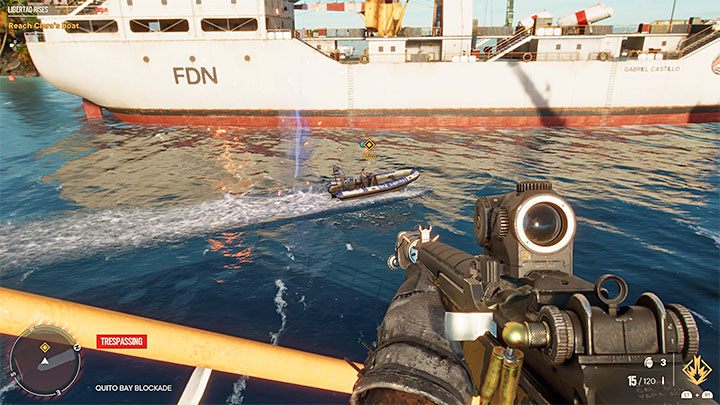 Once both ships are secured, wait a moment for Clara's boat to appear between them. Jump in the water and swim to her to board her boat.

The ships will blow up, and after another cutscene, you will reach Libertad Island.