On this page of the Far Cry 6 game guide, you will find a walkthrough of operation DU or Die, which is one of the starting main missions. The following walkthrough explains, among other things, where to find Juan's contact, how to get inside Fort Quito and steal the depleted uranium, and how to unlock the Tostador flamethrower and Exterminador supremo. 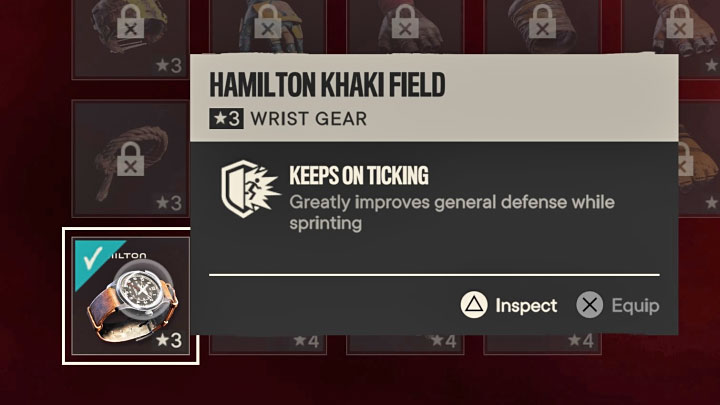 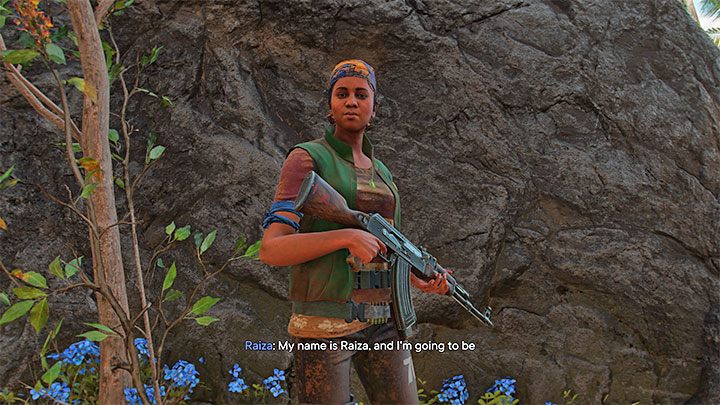 To begin this quest, head to Clara's camp to meet up with Juan, who you found in the previous quest, Juan of a Kind. To complete the first mission objective, you must travel far east of the hideout, to Sagrado.

At the location marked on the map, you must find Raiza and talk to her. She will give you a very useful parachute (activated by pressing Circle/B in mid-air).

Bribe the soldado with Yaran Pesos 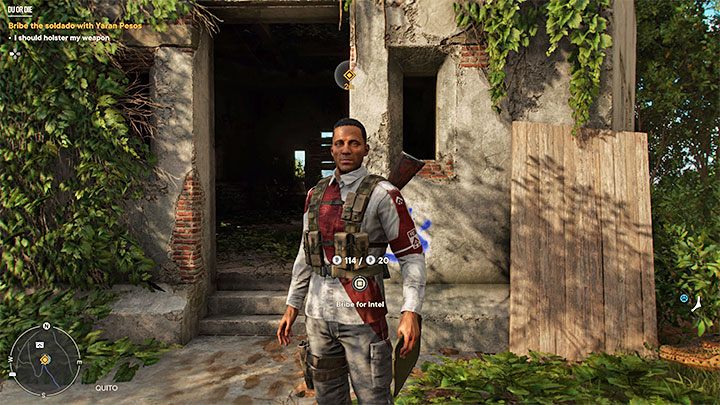 Raiza will lead you to a small building and, as instructed, you will need to hide the weapon you are currently using so as not to alarm the soldier you are about to encounter. You need to bribe the person you are talking with - press the interaction button to give him some pesos and get intelligence from him. In this particular case, this will include information on the location of several surrounding FND crates. Finding these types of objects with less significant loot is completely optional. 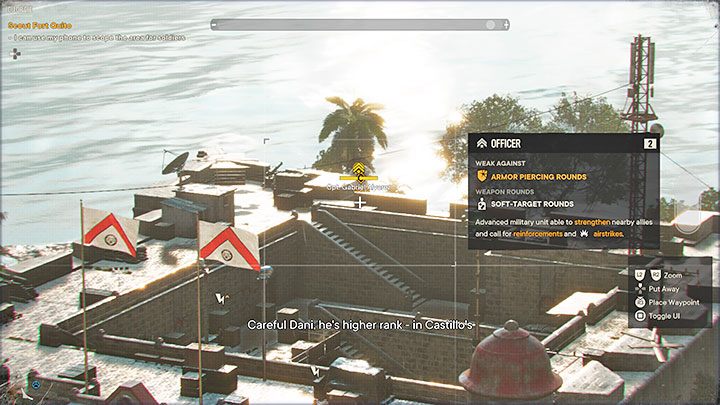 You must resume following Raiza to ultimately reach the viewpoint. There will be a tutorial on how to survey the area, for which you will use your character's smartphone camera instead of binoculars - this device can be selected by pressing up on the d-pad.

Use the zoom option and try to track subsequent enemies so that they are permanently tagged. Specifically, make sure to tag the officer traveling through the fort so that he can be easily found and eliminated later. 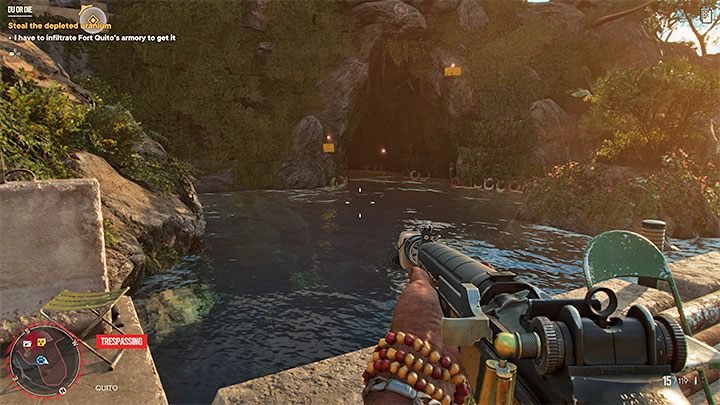 Ahead of you is the main part of this mission, the infiltration of Fort Quito. The game gives you complete freedom on how to proceed from here, but it will be safer to more or less treat this as a stealth mission. Start by making a jump and using the parachute in flight.

We suggest taking the stealthy approach by heading to the back of the fort. Jump into the water and locate the cave entrance shown in the picture. 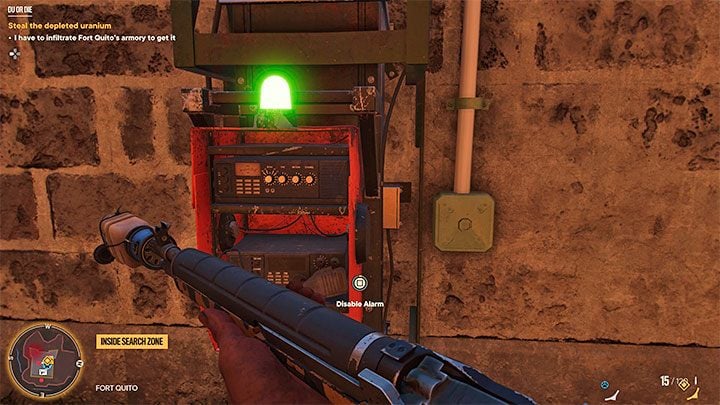 By entering the cave, you will reach the basement of the fort. You can easily get rid of the single soldier here and use the ladder to reach the locked area of the fort.

If you want to avoid intense open fighting in the fort, then: 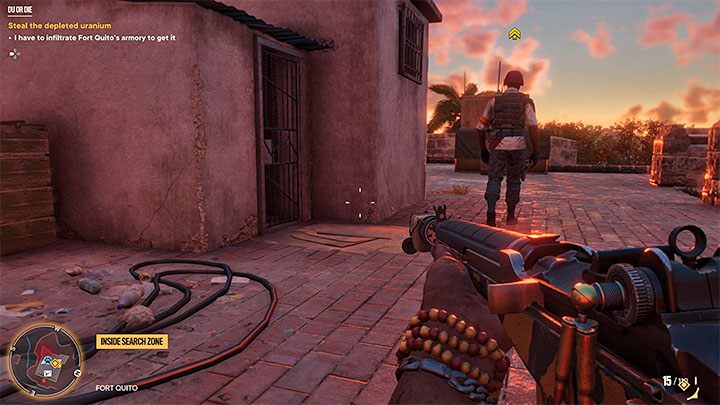 Your primary task is to get the officer, as he has the key in his possession. You can get rid of the officer in any way you like, but if you prefer the stealthy approach, it's best to sneak up to him from behind while he is busy traveling around the upper walls of the castle. 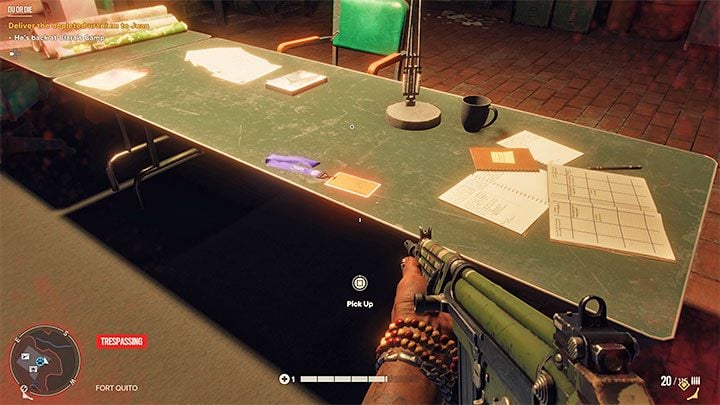 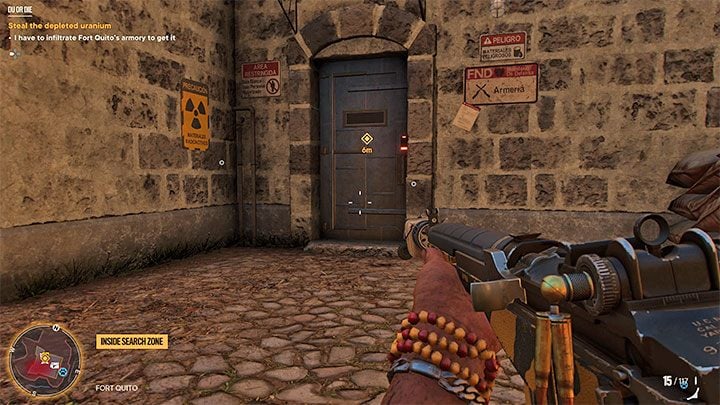 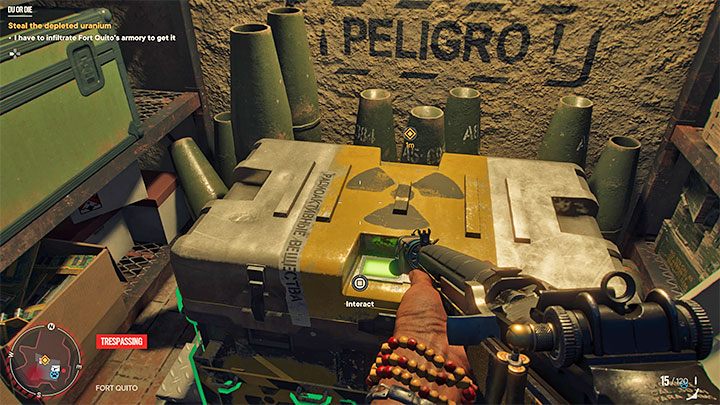 By obtaining the key, you will be able to open the armory door pictured in the screenshot in the lower part of the fort. In the new room, interact with the large crate to obtain depleted uranium - this is one of the rarest crafting materials in the game.

You can leave the fort any way you want, such as through the front door (watch out for the single guard), by returning to the basement or jumping over the wall.

You can also find other valuable loot in the fort area. It's a good idea to check out all the containers marked with icons on the map and radar. However, searching 100% of the fort isn't a required mission objective.

Deliver the depleted uranium to Juan 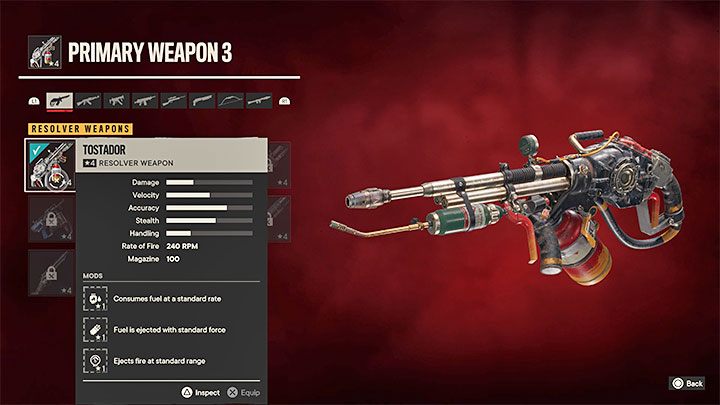 Return to Clara's camp (you can use the fast travel option). You will receive two unique gifts from Juan:

1) Tostador - This is a unique Resolver weapon that is also a flamethrower. The Tostador will automatically be placed in one of your weapon slots and will soon prove itself useful in one of your new quests. 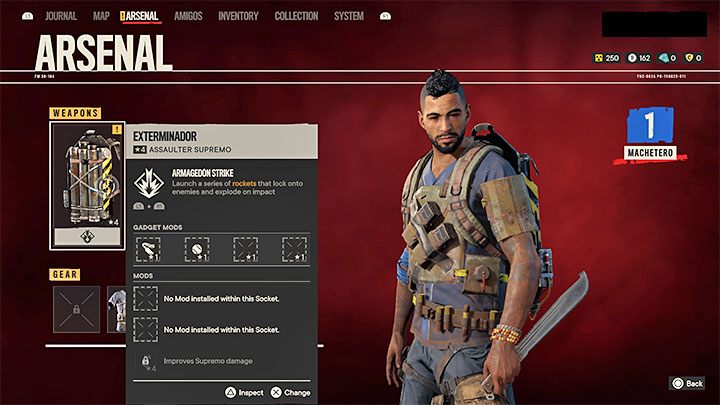 2) Supremo Exterminador - This is a backpack of sorts. Supremos come in different varieties and this particular one allows you to shoot out a series of rockets that can hit marked targets or the area in front of your character. The Supremo requires you to wait until it's charged before you can activate it (L1 R1 / LB RB on the pad).

Use the Workbench to build a Gadget 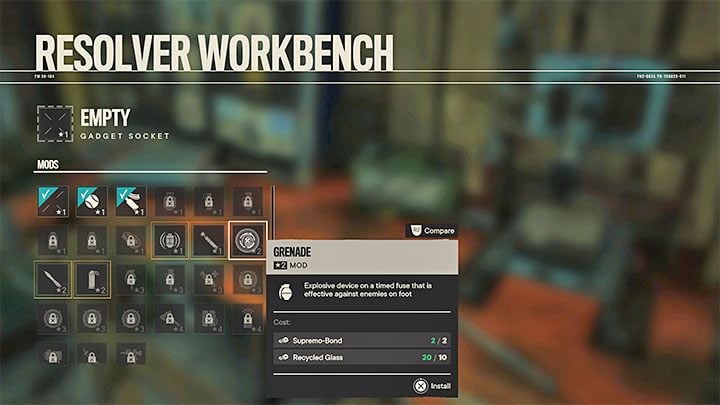 When it comes to the supremo, you can also install gadgets in it. Interact with the workbench, select Supremo and then Gadget Mods .

Some gadgets are available from the very beginning of the game, while others you can unlock by spending crafting materials. You have complete freedom of choice here, but it's generally a good idea to always have a grenade, dynamite or other explosives at the ready. 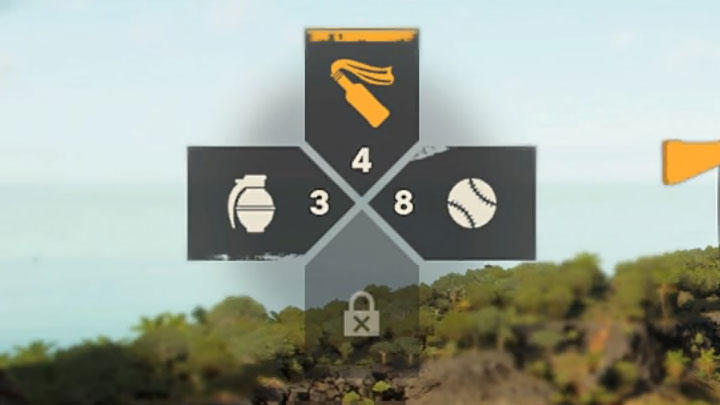 The gadgets assigned to a given supremo are selected from a drop-down menu by pressing the corresponding button on the d-pad. Your character can then use the active gadget by pressing a single button (R1 / RB on the pad).

Walking away from the workbench will complete the mission and tutorial.