On this page of the Far Cry 6 guide, you will find a walkthrough of the operation called The Lucky One - one of the starting main missions. The walkthrough explains, among other things, how to get the first firearm, how to kill enemies silently, and how to get to Clara's camp.

Search the beach for supplies 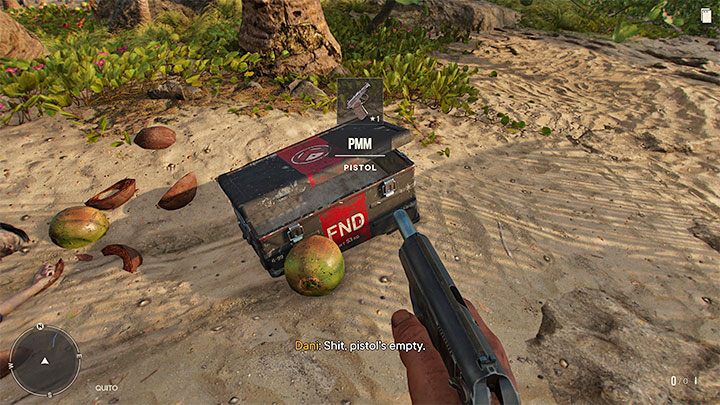 The described main mission is a continuation of the prologue - La Noche De La Muerte. You will start on the beach on Isla Santuario, where you will spend at least the first few hours of the game.

You have to look around the beach. Pay attention to the radar in the lower-left corner on which you can see, e.g. search zones or interactive containers and objects (later in the game). To complete the first mission objective, you must examine the crate next to one of the palm trees - it contains the PMM pistol. Unfortunately, you will need to get ammunition for this first firearm somewhere elese. 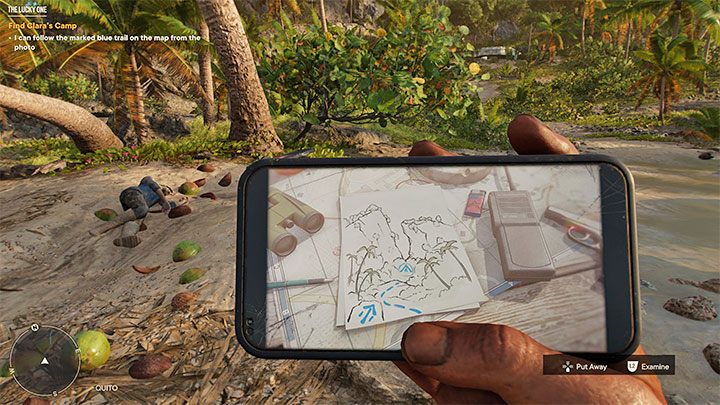 The game will suggest looking at the photo on your smartphone - the one you obtained after the prologue. Press down on the d-pad to kook at the smartphone's screen. You will learn that you need to follow the route marked by the blue tracks. Fortunately, you don't have to worry about getting lost - the main route will also be visible on the radar (along with optional paths). 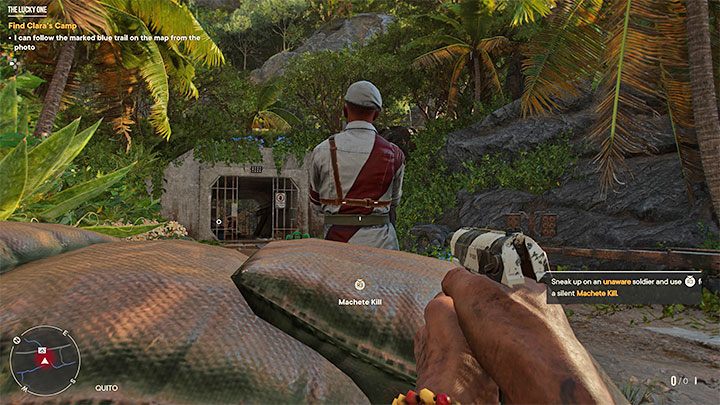 Start by heading towards the bunker visible in the distance - the one near the beach. If you want, you can optionally explore its interior - the entrances are blocked by boards, but you can smash them with a machete (press the right analog stick). In the bunker, you will find crafting materials, among other things.

Continue along the path toward the jungle. You will soon encounter enemies, so crouch down to go into stealth mode. You can test executions with a machete - it's a great way to kill enemies silently, although this technique can also be used in regular fights (you will attack with the machete). Position yourself behind the enemy's back and perform a machete kill (right analog stick). 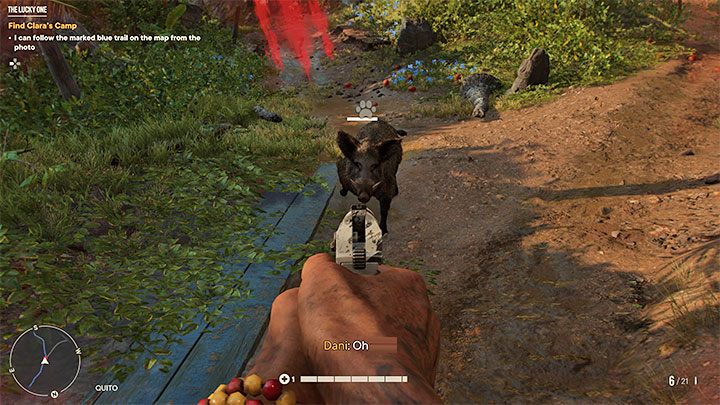 The hero will gain some ammo by (automatically) searching the enemy's body. Continue using the machete executions since it's a safer option. Get rid of any soldiers you encounter. Along the way, you will come across a larger chest. It's worth checking them all because they can contain, e.g. new clothes (check their stats and choose those that will be most useful to you at the moment), weapons, or rare crafting materials.

While crossing the jungle, expect to encounter a boar - this is a forced confrontation, so use your firearm to kill the animal. 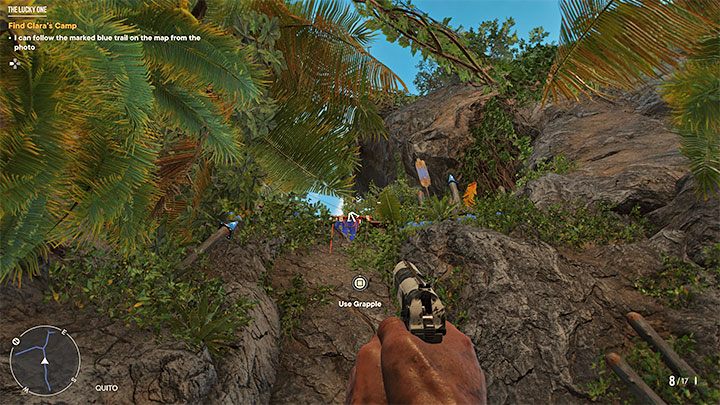 A little further on, you will notice Grapple Kit lying on the ground - it has an anchor with a rope attached to it. True to its name, you will use it throughout the game to pass climbing sections.

Each time, you must find an interactive clip above you, grab onto it, and start pulling towards it. If the interaction icon does not appear, it may be a sign that you are too far from the clip and need to get closer to it. After a successful climb, watch a cut-scene during which you will meet Clara and the other rebels.