Received from: Krenshaw [The Pitt - The Mill]

Solution: Before you decide to go talk to Ashur, it's extremely important that you retrieve your original equipment which you've lost upon your arrival in the Downtown area. Thankfully you won't have to fight for it anymore, because you'll find all your things inside a nearby locker [#28]. Open the locker and take your time to create new shortcuts to your best weapons. Like I've said at the beginning, it's important that you were "light" before entering The Pitt, so now you can carry your original equipment and things found in The Steelyard, received from Everett or retrieved from The Hole. 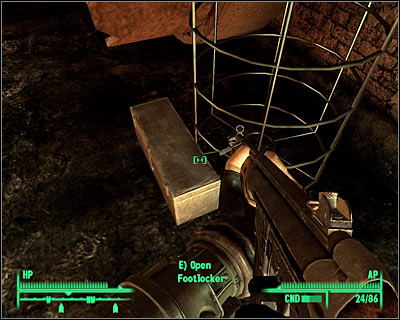 You may now travel to the Uptown district. There are two ways for you to get there and they both lead through previously inaccessible gates. The closer gate can be found here in The Mill and it's located in the northern section of the map. You shouldn't have any problems finding it. Ignore Hammer [#29] and head on to the stairs. An alternative passageway to Uptown leads through a gate in the Downtown district. The exact location of the gate is to the left of Midea's Quarters. In both cases you'll be presented with an opportunity of inspecting upper balconies. I wouldn't recommend ignoring it, because you'll find a lot of interesting items. Still, don't forget that some of those things will belong to raiders, so taking them will be counted as thievery. You can also find people to talk to. There are more of them in Downtown. When you're done talking and exploring proceed to Uptown. 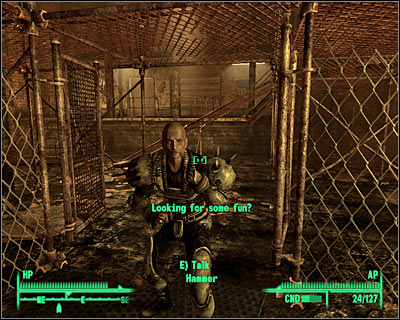 The main building which is Ashur's headquarters can be found in the north-eastern section of the Uptown district. It doesn't really matter whether you came through The Mill or Downtown, because these passageways are located close to each other. As for means of reaching your current destination, there are two main paths. If you decide to remain on the ground you'll have to pick lock on a nearby gate [#30]. If you can't or don't want to waste your time on opening gates, you can also use upper balconies to go through the building area. Like always, it would be wise to spend some time exploring the surrounding area. There are a few interesting characters for you to meet, including Mona (you can ask her about the scars on her face), Vikia (she's training on how to use a sniper rifle), Reddup (you can tease him a little bit), Squill (he will congratulate you on your achievements in The Hole) and Duke. 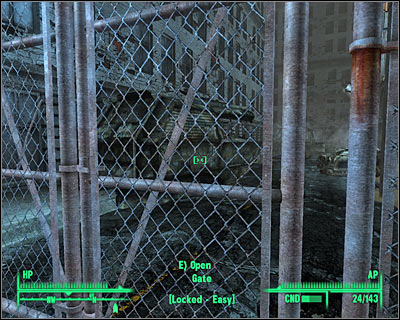 Before you proceed towards your current goal area you should also take interest in more thing and that is exploring Abandoned apartments. There are two entrances to the apartments and they're both located in the northern part of the district. You should also know that one of the entrances is being protected by a locked gate [#31]. Once inside, you would have to acknowledge the fact that you would be dealing with large number of Trogs, including especially powerful Trog Brutes. You should also watch out for the gas, because firing a gun may trigger an explosion and result in your character getting killed. If you do survive you can count on finding a lot of interesting treasures. Some of them will be out in the open, but the most valuable items are hidden or stashed inside safes. It's really up to you how thorough you want to be and how many treasures you're planning on finding. You can also ignore the buildings and continue with the main quest right away. 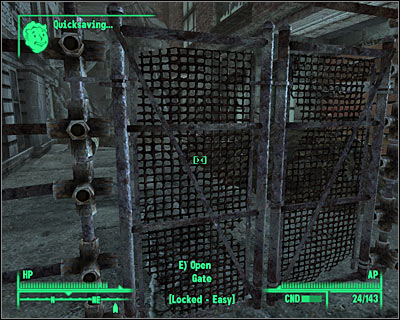 You must continue moving east if you want to get to Ashur's main headquarters. There's a large entrance leading to the inner compound [#32], so it shouldn't be a problem to find it. Inspect the surrounding area if you want to, but sooner or later you'll have to get to a large gate leading to Haven Entrance. Once inside ignore exploring the surrounding rooms and proceed to the upper floor. Locate an elevator similar to the one found in Tenpenny Tower and use it to get you directly to Haven. Start moving forward and enter a large chamber. You must wait here for Ashur to finish briefing one of his men. You'll now have to make a very important decision whether you want to side with the raiders (Ashur) or with the slaves (Wernher).

Continue reading the next chapter of my guide, titled 'Final decisions', if you want to find out more about possible ways of ending this quest. 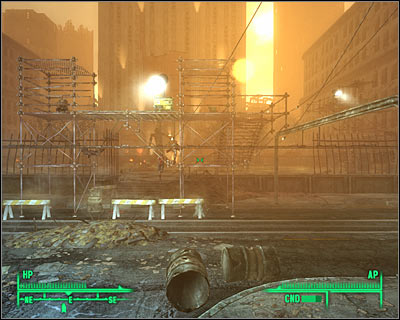