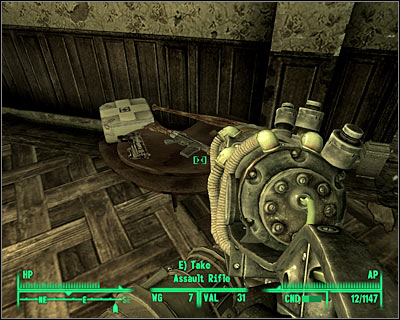 You have to be ready to defeat a new group of hostiles once you're still in the main area of the mansion. Kill them from a larger distance and go to the corridor they were hiding in. Don't forget not to injure Desmond nor any of his dogs, because your allies may appear in your line of fire. Explore a nearby room to find guns and ammunition [#11] and then proceed towards a new corridor. Ignore the fact that there's a large barricade in front of you, because the floor will collapse as soon as you're close enough to it. Eventually you'll end up standing inside a cellar. Wait for the main character to regain focus before moving on. 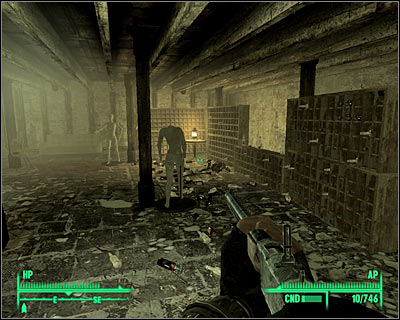 The basement also contains a lot of useful supplies, including stimpaks and ammo boxes. You won't encounter any enemies right away. Get ready when you arrive in a larger room [#12]. The tribals will brake open the left door and sadly you won't have enough time to place landmines. Instead use a rocket launcher or a similar weapon to get rid of them as soon as they appear. Don't forget to heal your main character each time he or she suffers major injuries. Once you've won use the stairs to leave the basement area. 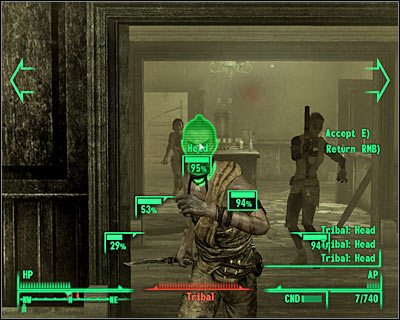 A new group of tribals is waiting for you in one of the nearby rooms, however killing them is going to be very easy. Don't forget to take a peek inside a smaller room found along the way in order to collect much needed supplies. Get ready to defeat more tribals once you're close enough to the kitchen area [#13]. You should be fine as long as you prevent them from moving closer. Take your time exploring a small storage space once they're gone, including the refrigerators (one of these objects contains food and the other one booze). Return to the kitchen and find the stairs leading to an upper floor. 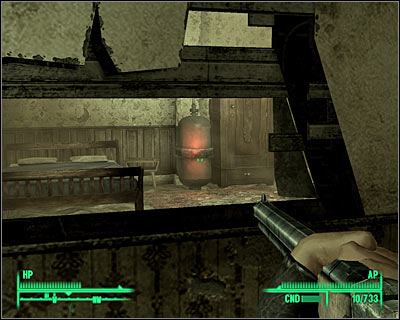 Watch out, because a new group of hostiles will attack you when you get to a room with a pool table. Most of the tribals here will be equipped with firearms, so it'll become even more important to eliminate them as soon as possible. Proceed towards the only available passageway. Just as before, you must destroy a red tank from a safe distance [#14]. Wait for an explosion to occur and Desmond will open a nearby door for you. Listen to his warning about an upcoming assault. 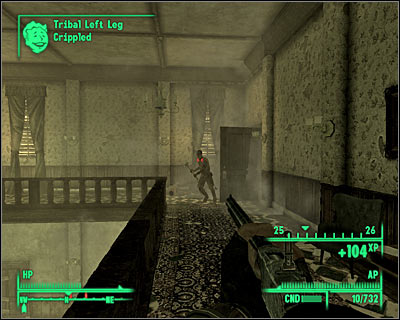 You won't have much time to prepare for the final offensive. I would recommend that you explore the area around Desmond. Take a sniper rifle, as well as some ammunition. You should also check ammo boxes to find a couple of landmines. There are going to be four groups of enemy units for you to deal with. The first group will come through a right door located on this floor [#15]. Set up 4-5 mines around the door, move back and wait for them to arrive. Eliminate the survivors with your newly acquired sniper rifle or other weapons capable of inflicting injuries from a larger distance. 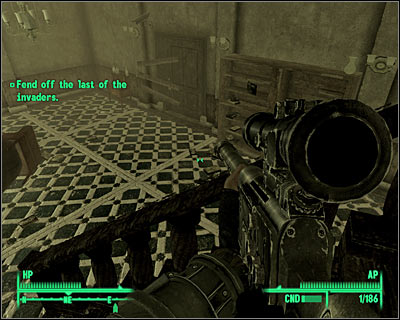 Once you've taken out all hostiles use the stairs quickly to get to a lower floor. The second group of tribals will use the right door on the lower floor [#16]. If you don't have enough time to get there set up the mines near the stairs. Just as before, watch out for Desmond's dogs during the battle, especially since they'll come in handy in getting rid of your enemies. Thankfully you won't have to worry about Desmond himself, because he should remain on the upper balcony no matter what happens around him. 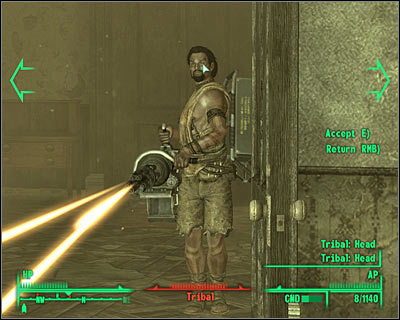 The third group of tribals will also appear on the ground floor, however they will use the left door to get in. Set up a couple of landmines near the stairs and wait for them to show up. Once they're gone get ready to take on the final fourth group which will storm through the main door of the mansion. In this case it would be wise to use a rocket launcher or even fatman, especially since one of the tribals will be carrying a minigun [#17]. Otherwise you may end up getting surrounded and shot at from many directions at the same time. Don't forget to loot all the bodies after the battle, taking guns and ammunition. 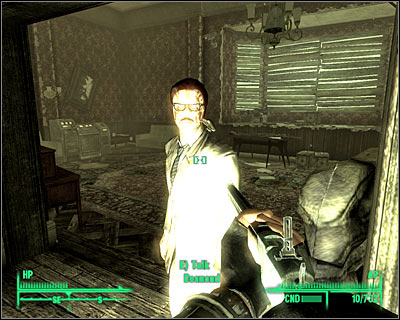 You may return to Desmond once it's safe. He should be standing in the exact same spot where you first encountered him, so it won't be long before you find him [#18]. Ask him about his security system, about Nadine (Catherine's daughter) and about the tribals if you want to. Desmond will also reward you with Superior Defender perk, as well as grant you with a new assignment. End the conversation and leave the mansion through the main door.