Received from: The Brain [Point Lookout]

Important: This section of the guide explains in detail what happens after you decide to side with Calvert (the brain from the Sea Cave) at the end of the fourth main quest. You can still change your allegiance - look for bold font in the text to find out where. 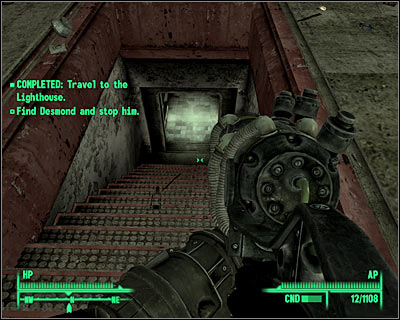 Walkthrough: Ignore the ruins of the mansion and proceed south, towards the lighthouse. Take your time while crossing the water, so you won't expose yourself to high doses of radiation. You should also watch out for the mirelurks in this area, because you may end being surrounded by the monsters. Approach the Point Lookout Lighthouse and open the door to head inside. Wait for a secret passageway to be uncovered [#39] and use the stairs to gain access to an Underground Lab. 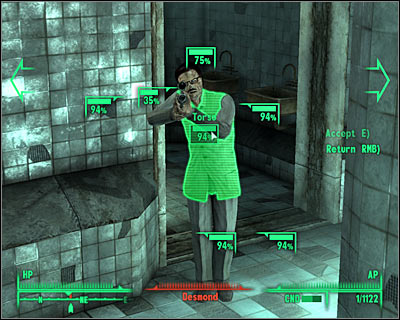 Use the stairs once again to get to a lower level. You'll soon encounter Desmond. There's going to be only a single dialogue option allowing you to resolve this situation in a peaceful manner by joining him (despite your previous betrayal). If you do decide to join Desmond make sure to follow the rest of the quest by reading a section of my guide titled QUEST 5: A Meeting of the Minds - Ally: Desmond. All other answers lead to a fight [#40]. Don't forget to inspect Desmond's body after the duel has ended. It's very important to pick up a lab access card, however you can also take a shotgun, a sniper rifle, ammunition and his glasses. 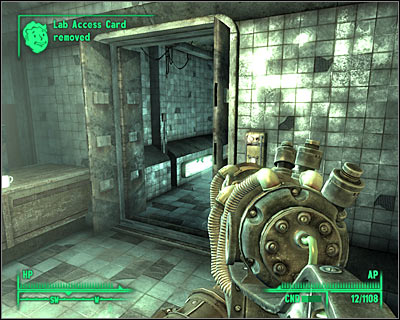 I would recommend exploring a room where you first saw Desmond, because there are going to be a lot of useful items stored inside, including a Gatling laser, ammunition and medical supplies. This also applies to the rest of this underground complex. There's only going to be one path leading to the final area, so you should focus on securing rooms found along the way. Eventually you'll get to a larger room with a computer. Ignore the terminal, because it would explode. Instead use a card from Desmond's body to open a nearby door [#41]. 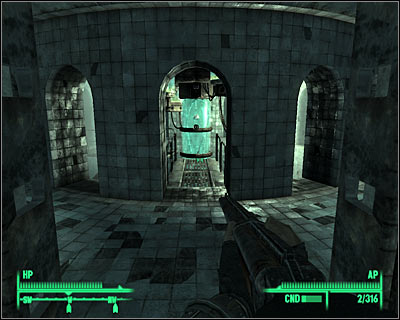 Don't forget NOT to attack any robots encountered along the way, because they're going to be allied with the brain. You should also know that you can ignore two new cards found in nearby rooms, because you'll be given free access to all the chambers of the underground facility. Keep exploring lower levels of the complex and eventually you'll get to a second storage area. You can collect a second Gatling laser from here, as well pulse mines and other valuable objects. You'll soon end up standing inside a large room [#42] and you can now either betray Calvert by shooting at the dome or initiate a new conversation with the scientist. 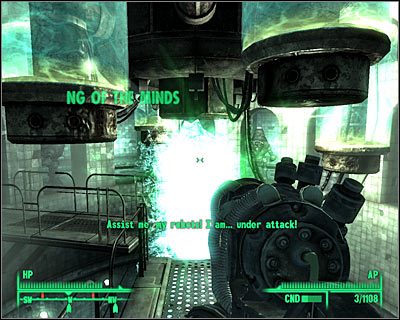 Sadly, during the conversation you'll find out that the brain has no more use for you and therefore he plans on terminating the main character. As soon as the conversation has ended start firing at the large structure with a floating brain. Use a Gatling laser, a plasma rifle or something equally powerful. Destroying the cylinder [#43] not only will eliminate Calvert but will also shut down nearby robots. You may now proceed to the back of this room. Find a small storage area with a lot of cool items, including a unique microwave emitter. Exit the lab when you're done exploring either by heading towards the corridors again or by using a nearby ladder.