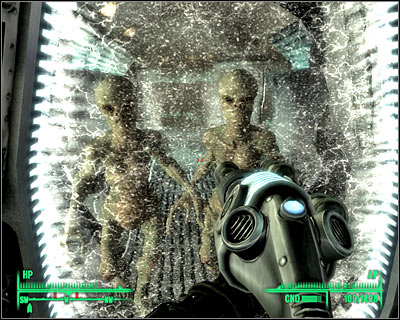 You'll come across several smaller rooms along the way and it's really up to you whether you want to check them out or not. I would recommend visiting only one room - the last one to your left (with a control panel by the door). There's a healing archway inside this room, as well as a cool armor. Proceed towards the eastern passageway and notice two abominations on the other side of the active barrier [#84]. I would be a good idea to place several plasma or cryo mines near the force field. Aside from setting up traps look around to find a control panel with a new recording (#10). 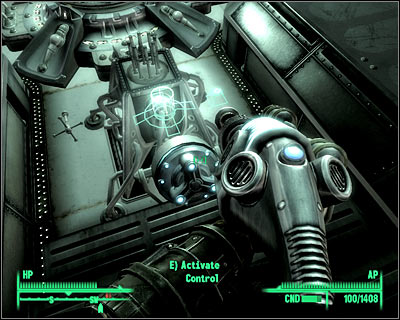 The panel which controls the force field can be found in the center of the room [#85]. Don't count on the barrier to disappear right away, because you'll have to interact with the coolant switches to destroy the generator. Once this is done focus your full attention on attacking the abominations. The creatures very tough, however they should die sooner if you aim for their stomachs. Prevent the monsters from getting too close and you should be fine. Once the creatures have been killed proceed towards the western corridor. 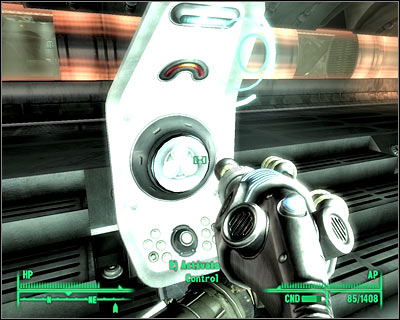 Turn south and once you've reached a new junction explore the room found to your left (to the east). The most important object here is a new control panel. Interact with the device to collect a new recording (#9) [#86]. Aside from adding a recording you can also open some of the nearby containers to acquire supplies. Once you're ready to move on with the mission head west. Keep following in that direction until you find a door leading to the Biological Research.

MAP OF THE BIOLOGICAL RESEARCH: 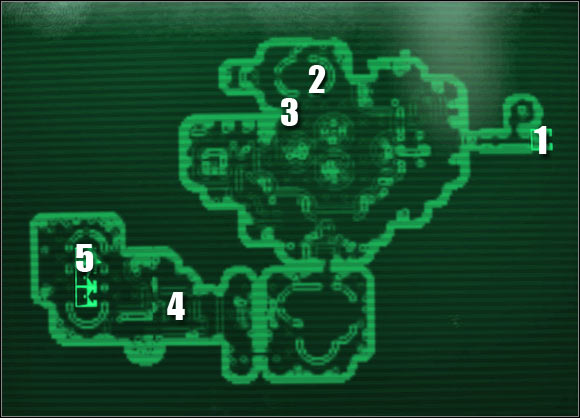 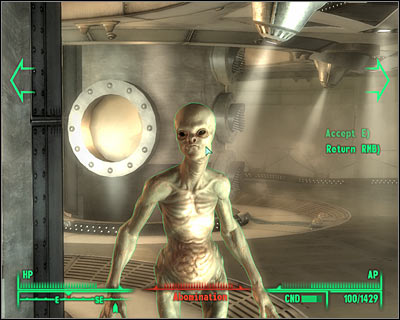 This is a relatively small area, so you won't spend too much time here. Start off by opening a door leading to a small storage space located to your right. Collect the supplies and then proceed towards the largest room of the laboratory. You'll have to be extremely careful here, because you're going to be attacked by abominations [#87]. Use your best guns to kill the monsters. In addition to that you can also activate a nearby security bot to help you out in getting rid of the creatures. 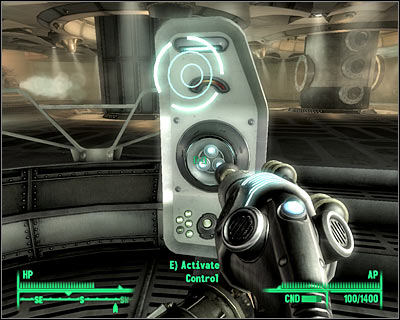 Make sure that you've secured the entire ground floor and then use the stairs to proceed to an upper balcony. Watch out, because new aliens will arrive from the south. You'll be dealing with standard creatures and not the abominations, so it should be slightly easier to succeed. Once you've secured this area look around to find a healing archway and a control panel with a new recording (#18) [#88]. Proceed towards the southern passageway when you're ready to move on with the mission. 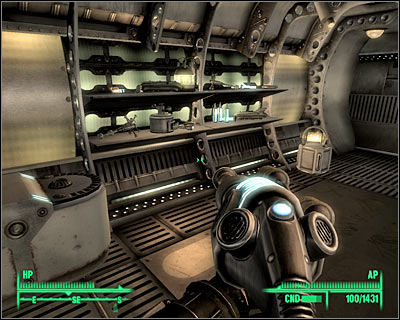 Ignore alien workers encountered in the next section of the ship and instead proceed towards the force field. Thankfully all you have to do here is to use a nearby control panel to disable the electronic barrier. Before you leave this area it would be a good idea to use the stairs to get down to a lower level. There are a lot of supplies here [#89]. Once you've collected all the items you needed return to the upper floor and interact with a teleportation matrix to be transported to the Death Ray Hub.

MAP OF THE DEATH RAY HUB: 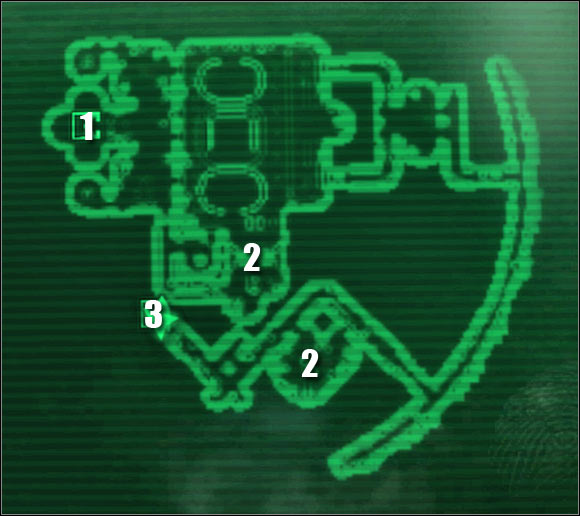 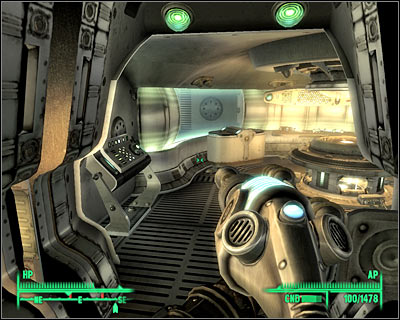 As soon as you've entered the new area of the ship you should consider exploring two small rooms located to the north and to the south of the teleportation matrix. In both cases you'll encounter drones and you'll be allowed to take control over them using the device carried from the factory. Once you're ready to move on head south. Take your time to explore a storage space found to your left [#90]. 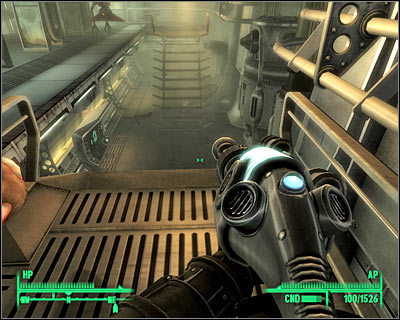 Once you're close enough to the largest room of the hub you'll be allowed to sabotage a control panel located to your left and you should also use a nearby archway. Proceed to the stairs once you're ready to move on [#91]. Be careful, because you'll be encountering aliens from now on and most of them will be hard to kill. Keep heading east and use a switch to disable a nearby force field. You may now move south and then turn west. Keep attacking the aliens encountered along the way and eventually you'll find your way to a door leading to the Death Ray Control.

MAP OF THE DEATH RAY CONTROL: 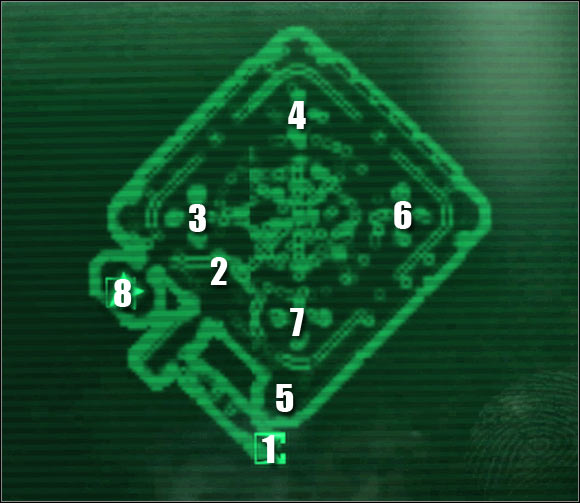 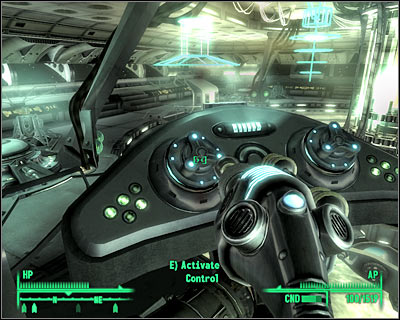 Proceed directly to the main area and deal with the enemy forces present in the room. It shouldn't take too long and once it's safe again approach the central console [#92]. Pressing the left switch will get you one stop closer to fulfilling your mission. Each time you've done that you'll uncover one of the generators. The other buttons are just for fun - you can change the angle of the death ray and you fire the cannon, admiring the effects through a glass floor. 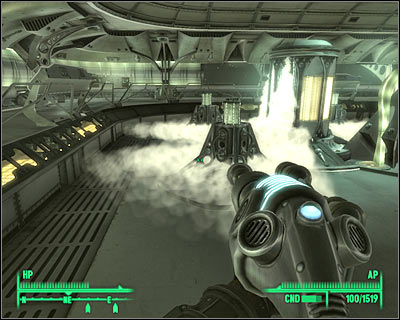 Each time you've raised one of the generators [#93] you'll have to perform the same actions as before. It means you'll have to interact with three coolant switches and move back to a safe distance, waiting for the whole thing to explode. Be careful, because after you've destroyed the second generator (out of four) you're going to be attacked by a large group of aliens. The invaders will use a nearby teleportation matrix to get here and you should be ready for them.