Walkthrough: Paladin Tristan can be found in Citadel - A ring, near the stairs leading to the laboratory. Obviously you must agree to take part in a new mission for the brotherhood. Tristan will send you to Old Olney in order to steal a device called a Tesla coil. Doing this will allow the Brotherhood of Steel to regain power after the loss of Liberty Prime. I would strongly recommend that you ask Tristan for additional help [#17]. He will direct you to Scribe Vallincourt, because apparently she has invented an interesting device. 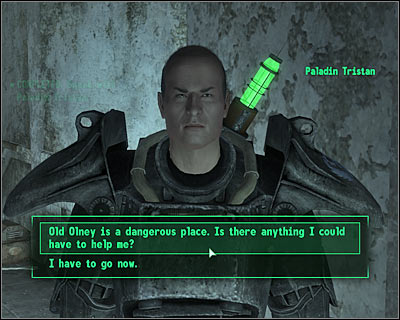 Scribe Vallincourt is one of the scientists working for the brotherhood, so naturally she can be found in Citadel - laboratory. Find her and ask her about the device [#18]. Vallincourt will give you a Deathclaw control scrambler which will enable to take control over some of these beasts. You don't have to ask her about the details, because you'll practice using this device soon enough. Leave the Citadel and notice that an area mentioned by Vallincourt is located to the south-east of Old Olney. As a result you should consider fast travelling to Chaste Acres Dairy Farm. 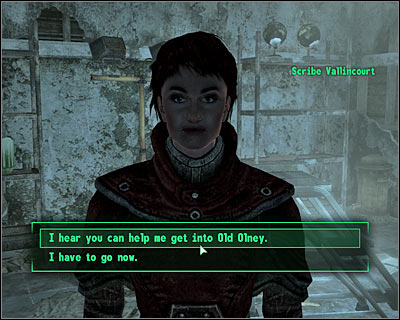 Keep heading towards the area mentioned to you by the scientist. Once you've arrived you're going to be attacked by Enclave soldiers. Ignore them and move closer to the containers. Doing this will allow you to take control over one of the deathclaws [#19]. Wait for the beast to deal with the opposition. Sadly you won't be allowed to continue using the beast to your advantage, because as soon as you move away from the broadcasting station a large device on a deatchlaw's head will explode. Take your time picking up items from a nearby table. You should be able to find valuable supplies there and you can also hack into the system using a computer in order to read interesting reports. Proceed towards Old Olney once you're done exploring and looting bodies of fallen Enclave soldiers. 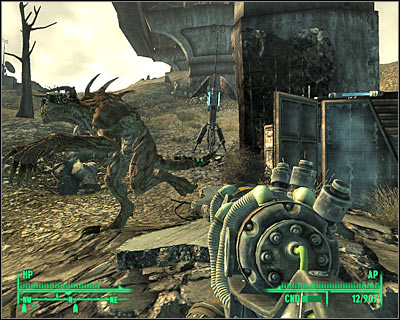 Starting here you can only rely on yourself and your followers, because you won't be accompanied by any Brotherhood of Steel knights. Find a small entrance to Old Olney [#20]. Choosing this passageway will allow you to gain access to an isolated area of the map. Get ready to defend yourself against the first deathclaw, because in this case your scrambler won't work. Use some of the most powerful guns and aim for the head of the creature. It would also be a good idea to make sure that Fawkes is using a Gatling laser, because his attacks will be devastating. Locate a small hatch leading to Olney Sewers. 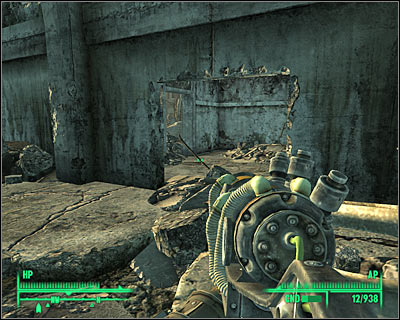 MAP OF THE SEWERS: 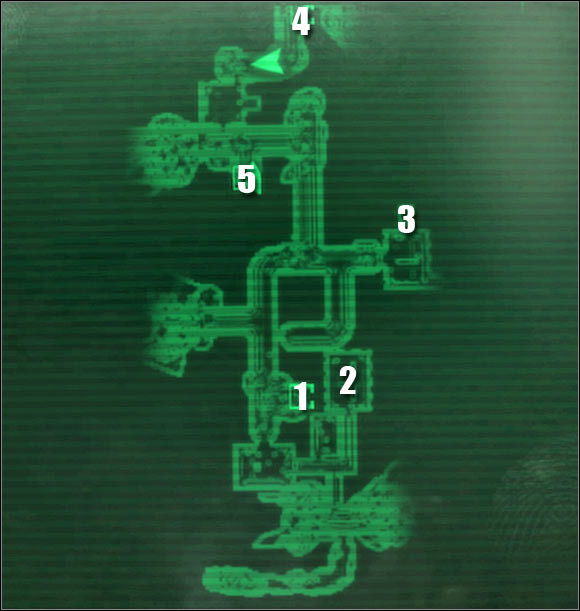 If you want to leave the sewers as soon as possible you can begin by moving north, however I would recommend that you spend some time exploring the surrounding area. Doing this will not only allow you to gain possession of a few powerful items, but you'll also score a lot of experience points for killing new deathclaws (65 points to be exact for eliminating each creature). Choose a gate located to the south and get ready to kill the first beast. The room you're about to enter contains a scoped .44 magnum amongst other interesting items. Keep heading south until you stumble upon a few bodies. Inspect the bodies and you'll find a prototype armor [#21]. It would be a good idea to take it, even if you're not planning on using it right away. 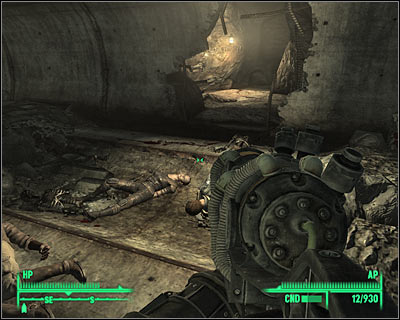 Turn around and proceed to the north-east. You should be able to get to a small room located directly to the east of the starting point [#22]. Notice a couple of safes on a nearby wall. I would recommend opening them as long as you're skilled enough. In addition to the safes you should look around the room to find a rocket launcher and a fatman. These weapons may come in handy while trying to get rid of the beasts or Enclave troops. Go back to the area where you've started exploring the sewers and proceed north. Get ready to defend yourself against two other deathclaws. You should move back, so you won't be fighting both monsters at the same time. 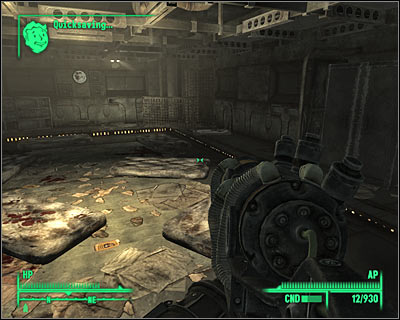 Get ready to defeat a new group of hostile creatures once you've reached a junction. Ignore the northern tunnel for the time being and instead head east. There are some new monsters for you to get rid of. Once they're gone take your time exploring this room. Notice that the northern passageway is closed. It would be a good idea to open the door if you're skilled enough, because there are a lot of cool items hidden inside [#23], including a mininuke. Go back to the junction mentioned before and this time choose a passageway leading north. 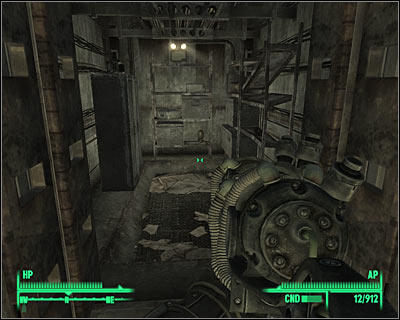 You'll soon get to a ladder leading to Old Olney Underground. You can decide to use it right away or you can spend some additional time exploring the area to the north. Aside from the new monsters you would also come across a capsule with a protectron inside [#24]. Notice that you can activate the robot using a nearby computer terminal. Once you're ready to move on go back to the ladder and confirm that you want to travel to a different location. 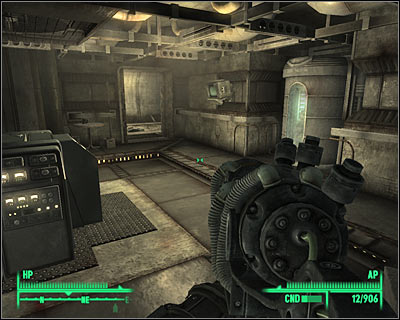