Managing your inventory is a very important issue, just like in any other PRG game. Thankfully "Fallout 3" has some limitations in the complexity of the gameplay and it can make your progress a lot easier. First of all, almost every object you'll find in the game may be used without any restrictions. The only real exception to this rule are power armors. You'll have to be trained in how to use them in the Citadel before you'll be allowed to wear such protection. This doesn't apply to big guns or energy weapons and obviously you should use them from the start. I wouldn't recommend ignoring less powerful weapons, because having a low of skill will make aiming more difficult and you'll also inflict less injuries to enemy creatures. For most of the time you should rely on different small guns and you should also keep developing this skill aside from Big guns and Energy weapons.

Here's a short list of most useful armors and guns from each major category. You won't have to search for these weapons at all costs, but you shouldn't sell them when you finally find them. You should also know that many weapons have their unique version and obviously these rare guns are better than their standard counterparts.

Big guns - A lot of powerful guns can be found in this inventory, however you'll only want to use three of them. A minigun is best in dealing with large groups of enemy soldiers, but it swallows the ammunition very fast. A rocket launcher should be used for more precise shots. Finally we have a fatman. Make sure to preserve ammunition for this weapon, because there aren't too many mininukes in the game world. I would recommend using the fatman only to take down large groups of supermutants and to kill behemoths.

Energy weapons - In this case only one weapon is worth your attention and that's a plasma rifle. You will also come across a lot of laser rifles, but they're a lot weaker and you shouldn't use them, especially since it's easy to acquire fusion cells for the plasma weapons. One of the best plasma rifles can be acquired upon completion of The replicated man quest. 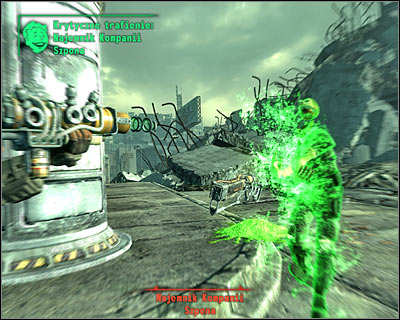 Plasma rifle is the only energy weapon you should be interested in.

Small guns - This is definitely the largest category. There are a lot of interesting guns here, created for characters of different specializations. The most useful weapons in the game are combat shotguns, because they're cheap to buy and repair and they're extremely powerful (for a small gun) at close range. If you prefer to attack your enemies from a distance, consider choosing chinese assault rifles, hunting rifles and sniper rifles.

Melee weapons - I have to say I'm not too fond of this category, however there are a few items you may be interested in getting your hands on. Sledgehammers are the most powerful melee weapons in the game world and they're very effective at close range. My personal favorite is a ripper, mostly because it's blocks some of the attacks made by other characters, especially if you're fighting in real-time.

Unarmed combat - Sadly you won't be given a large choice of weapons for unarmed combat. There are a few types of knuckles in the game. Don't bother using them unless you've found a unique weapon. 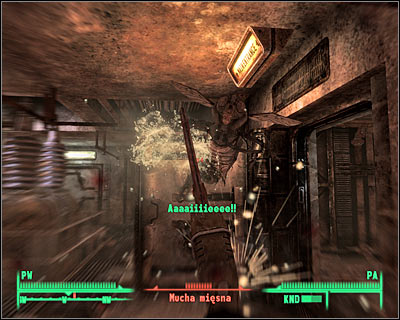 Ripper is good in close combat. Notice that it blocks enemy attacks.

Explosives - My favorites in this category are frag grenades and landmines, because there are tons of them in the Capitol wasteland. Make sure that you're not carrying too many of them. You should also focus your attention on acquiring schematics for a Nuka-grenade, because it's going to be a nice alternative to the fatman. Use pulse grenades and EM mines to destroy enemy robots. There are also plasma grenades, but they're expensive and rare, so you may as well ignore them.

Armors - I would recommend that you have two armors at your disposal at all times. A stronger armor should be used during the battles. For most of the time you'll be just fine if you use one of many different leather combat armors, however you should also focus on unlocking access to power armors. Here you can choose between models used by Enclave and Brotherhood of Steel. but there are also a few unique power armors. As for the secondary armor, you should take a protection suit with you. I'm sure that you'll find many of those in the wasteland and they're purpose is to defend you against negative effects of the radiation. They may come in handy while trying to get to an irradiated area of the map. 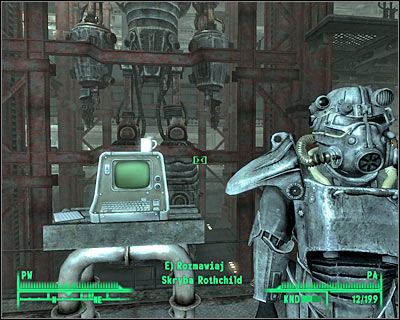 Power armors will become available to you after your first visit to the Citadel.
See/Add Comments
JOIN FOR UPDATES