Solution: You may have to complete this assignment in order to continue with Picking up the trail quest. There are many different ways to achieve your goals. You can try to improve your karma or you can do your best in being a bad person.

The most obvious way to rescue the children is to kill all the slavers in Paradise Falls. Sadly it's not going to be too pleasant, especially if you're trying to do this early during the course of the game. You should know that you won't lose karma over killing slavers. Instead you'll have to prevent them from surrounding you, because it's going to be much harder to fight back. Start off by eliminating Grouse and a couple of his buddies. Forty should be amongst the dead, especially since he's the one carrying a key to prison cells. You can talk to Sammy before moving deeper into Paradise Falls. Now you'll have to get to the inner compound. Here's where some of the most difficult fights will take place. I would recommend having someone to assist you, because you may not survive alone. Watch out for the inhabitants of Paradise Falls - they're well equipped and they'll want to hunt you down. Also, one of the slavers is carrying a minigun (screen). Kill him before he does too much damage. 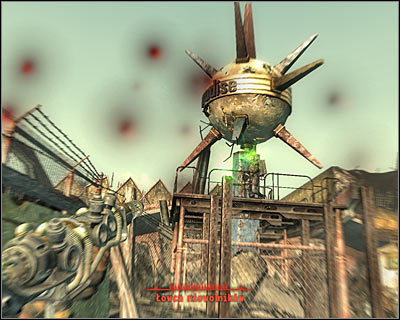 Once you've eliminated all the slavers and looted their bodies you may proceed towards the pens, because that's where the children are being held (screen), among other civilians. Use the key obtained from Forty or Eulogy to open the pen. Make sure that you're talking to each person you try to rescue. Squirrel and Penny should be among the civilians. Tell them to meet you outside the main building complex. You'll also find Sammy there. Talk to him and after a short conversation all the kids will go back to Little Lamplight (on their own). 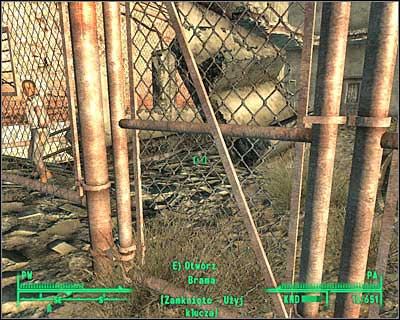 This version requires you to gain access to Paradise Falls without actually killing anyone. As a result, you will have to convince Grouse to let you in. Read additional hints or the second chapter of my guide (Paradise Falls description) to find out more about the situation. Once you've arrived at the main compound don't talk to Eulogy. Instead proceed directly to the pens where the slaves are being held, including the children you'll have to rescue. In addition to what you're doing you should wait until it's night, because it'll be much easier to continue with your activities. It's not a requirement if you're not patient. Talk to Sammy (screen) and offer him help in rescuing him and other children from Little Lamplight. Sammy will tell you that Squirrel has a plan. Wait for the other kid to get here and listen to Squirrel's plan. Your first objective will be to hack into a computer terminal, located in the main building of the base. 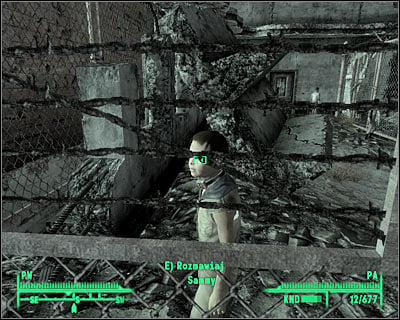 Start off by going to Paradise Falls - Eulogy's quarters. The terminal mentioned by Squirrel can be found in a large room, in one of the corners (screen). Make sure that you're not caught while trying to gain access to the system. Once you're in the main menu update network links and that'll do the trick. You can open a nearby safe if you want to, however you would only find bottle caps inside. Instead focus on obtaining a key to prison cells. You can find the key on a table near a large bed or you can steal one from Forty. Go back to Squirrel and tell him the good news. Now you'll be asked to get rid of the guards. 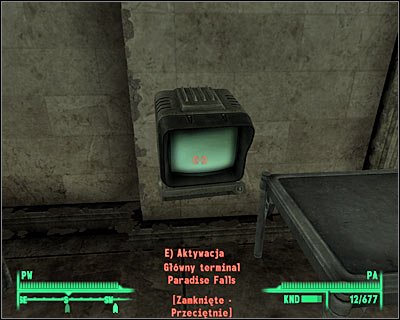 It's important to play this out during the night, because you won't have to deal with more guards. The surrounding area should only be patrolled by Forty and obviously you must get rid of him somehow. There are three ways for you to solve this problem. The easiest solution is for you to convince Forty (screen) that he's sent to do all the dirty work for Eulogy and his buddies. As a result, Forty will leave his duties and go talk to his boss about a promotion. You can go to Eulogy's quarters and find a prostitute who goes by the name of Crimson. Talk to her and convince her to find the "lonely" guard (speech challenge) or pay 100 bottle caps for her services. Once Forty has been taken care of, go back to Squirrel. 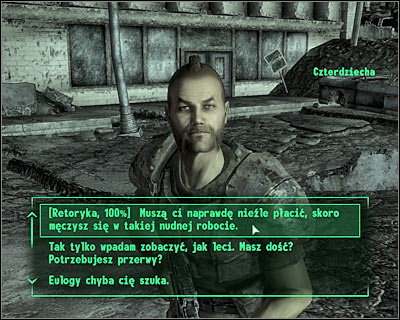 Squirrel and Sammy are now ready to leave Paradise Falls. Sadly, you'll find out that a little girl Penny doesn't want to get out of here without her adult friend Rory. Talk to the girl - she can be found inside the exact same pen where Squirrel and Sammy were being held. You can convince Penny to forget about her new friend (speech or Child at heart perk) or you can agree to help Rory escape. It's important that you have a key to prison cells in your possession (the one you obtained from Eulogy's quarters or Forty). Rory is trapped inside a small shelter (screen). Open the shelter and tell him the good news. I wouldn't recommend escorting him to the exit, because it only takes one hostile guard to alarm the camp. Instead order him to escape on his own, even if it means him getting shot by the slavers (you won't lose karma over it). 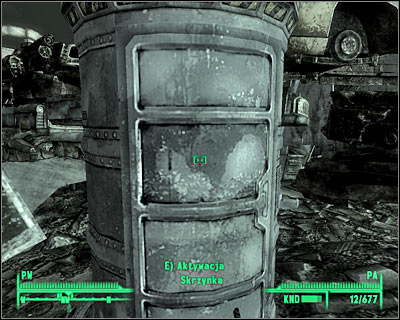 You can go back to Penny. Tell her that you've managed to save her friend Rory. Thankfully, even if Rory dies during his escape you will still be allowed to convince Penny that it's time to leave. Wait for Penny to escape from Paradise Falls on her own. Use the well-known path to get to the checkpoint with Grouse. Proceed to the meeting point (screen) where you'll find all three children. Talk to Sammy and he'll thank you for your help in rescuing him and other kids. 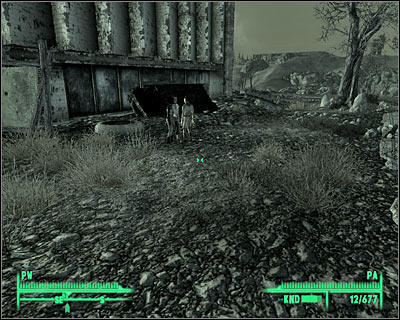 In this case you'll probably want to end other side quest in the first place - Strictly business. Just a quick reminder - you need to enslave at least one civilian from the list provided to you by Grouse. This will allow you to ask Grouse to let you in. Proceed to the inner area of Paradise Falls and ignore a kid with an exploding head along the way. You must talk to Eulogy Jones who is the leader of the slavers and you can find him in his quarters. Ask Eulogy to let you buy a few slaves from Little Lamplight. Eulogy will probably demand 2000 bottle caps for Sammy, Squirrel and Penny, but if you're good at bartering you can offer him 1200 caps (screen). Once you've made the deal head outside and find the kids. They should automatically go back to Little Lamplight after a short conversation. Don't forget that you can talk to Eulogy again to acquire more slaves from Little Lamplight once you gain access to the caves.

A less obvious solution is to bribe Grouse to let in you inside Paradise Falls, however this can only be done if you haven't agreed to round up other slaves (Strictly business quest). Otherwise such a dialog option won't appear on your list of topics. In addition to that you must have a high speech skill in order to persuade Grouse, as well as Eulogy to sell you the kids.

If you have negative karma you will be allowed to enter Paradise Falls without having to kidnap any civilians nor killing the slavers. All you have to do is to talk to Grouse and out of respect to your dirty deeds he will let you in. Once again, this can only be done if you haven't decided to finish Strictly business quest which sole purpose was to gain access to the facility. 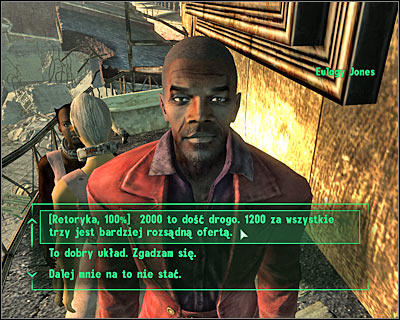