Solution: Important! If you decide to start this mission before completing previous assignments, quests Following in his footsteps and Galaxy News Radio are going to be automatically completed/cancelled. I wouldn't recommend doing that, because not only you'll miss out on a lot of fun, but you also won't get your hands on previous rewards and experience points. If you've agreed to help out Three Dog, you will receive this challenge once you've activated the transmitter at The Washington Monument.

The most obvious solution:

I assume that you've already unlocked Rivet City. Otherwise you're going to have to travel there on foot. I would recommend staying near the river, however you can also use some of the subway tunnels. Once you've arrived at Rivet City, you will have to go to the Science Lab. You can get there from the upper or from the middle deck. Locate Doctor Li and talk to her. Obviously you can ask her a few questions concerning your parents or Project Purity. You can also convince Li to hand over a few stimpacks to help out on your quest. The most important thing for you to know about is that James has travelled to the Jefferson Memorial building, because that's where the old lab is located. Leave Rivet City. Obviously you must now travel to Jefferson Memorial which is located to the west. There are large balconies leading to your destination, but you shouldn't be in a lot of hurry, because they're occupied by supermutants (screen). You won't encounter too many monsters and you'll be dealing with the weaker kind, so it shouldn't be a problem. Locate a small entrance to the monument and head over to Jefferson Memorial - gift shop. 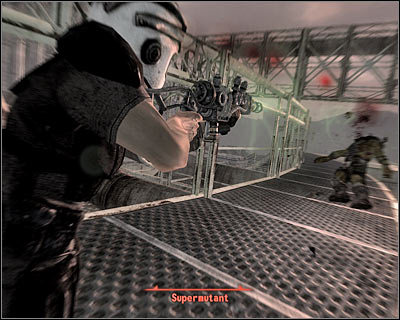 Once you're inside the memorial, kill one of the supermutants and proceed to the right corridor. Notice that a turret has been set up in front of you. The turret is shooting at the supermutants (screen), so you shouldn't destroy it. Instead, attack the monsters from the distance and wait for them to get here. You can also inspect some of the surrounding rooms while the turret is busy killing your foes. Once you feel it's safe, destroy the turret. I would recommend using a combat shotgun or an EM grenade against it. Kill all of the remaining creatures and proceed towards Jefferson Memorial - rotunda. 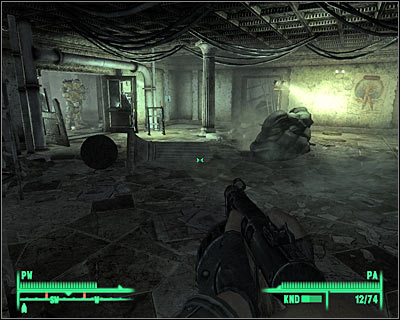 You've just entered the main room of this entire research complex. Be careful, though. There are several monsters here. Start off by killing a relatively weak centaur. Sadly, the main part of the structure is being guarded by a very powerful supermutant. You can use your plasma rifle against it or you can try avoiding the creature. Either way, you will have to locate several holotapes. Check the screen if you don't know where to look for them. Listen to the tapes with the help of your Pip-Boy and you'll find out that James has travelled to Vault 112. Obviously that's where you'll have to travel next. Notice that the Vault hasn't appeared on your list as a main area. This is going to be a long trip, so make sure that you're fully equipped. You should also take some rest in Megaton or Tenpenny Tower. 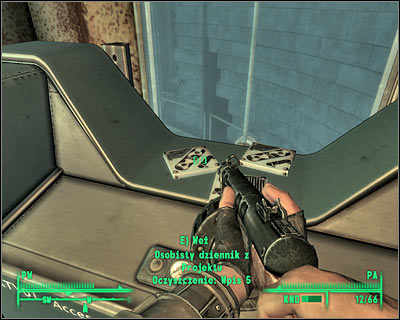 There is also an alternative solution concerning your father's whereabouts. All you have to do is to find the sufficient number of holotapes connected to the Project Purity program. Here's a list of these tapes and some brief notes on where to look for them:

As you've probably noticed, the largest number of holotapes is hidden inside Jefferson Memorial - basement. In order to get there you must reach the gift shop. There's a single door leading to the basement (screen). Find at least ten tapes, because only then you'll be allowed to travel to Vault 112. 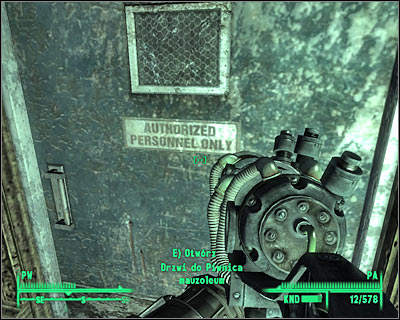 Obviously you should be moving towards your target in a straight line, so it won't take too long for you to get there. I would also recommend that you start somewhere near Vault 101 or Megaton, because you probably didn't uncover too many locations in the west. Don't enter a large valley along the way, because it leads to Evegreen Mills and this area is swarming with slavers. I'm sure you didn't want to go in there unprepared. Keep heading towards your destination until Smith Casey's Garage has appeared on your map. I would recommend that you secure the area to the north, near the trucks. Kill anyone that you can find and proceed to the inside of Smith Casey's Garage. There are some radroaches and molerats here. Use a melee weapon to get rid of them, instead of wasting ammunition. Proceed to the main area of the garage and use a switch on the wall (screen). This will allow you to unlock a hidden entrance. Go down to the bunker and eventually you'll come across a door leading to Vault 112. 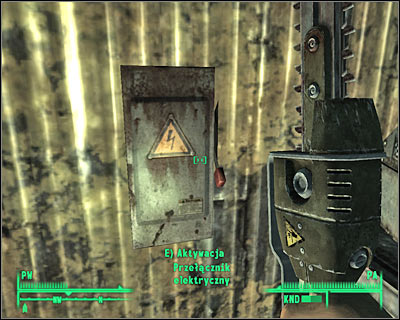 Once you're inside Vault 112, approach a large panel and use it to unlock the entrance to the main section of the vault. Explore all surrounding rooms and eventually you'll come across a friendly robobrain. Don't attack it. Instead, allow it to give you a Vault 112 jumpsuit. I would strongly recommend that you wear the jumpsuit before moving on, especially since you won't find any hostiles anytime soon. Proceed to the next corridor. You may head over to your destination right away or you can spend some time looking around and collecting supplies. Take special attention in visiting the infirmary. If you're skilled enough, you will also be able to hack into the terminal located near the equipment room (screen). There are a lot of interesting items inside, including ammunition, drugs and medical supplies. 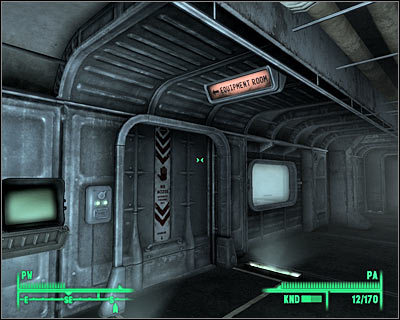 It's important that you're quite thorough while exploring the equipment room, because you'll find a holotape with a password to Overseer's room. You can go there, but besides a safe and his capsule you won't find anything of interest. Go back to the main room and use the stairs to get to the lower level. Find an empty capsule (screen) and press the action key to open it. Wait for a few seconds and press the action key once again. Wait for your main character to take a seat. The capsule will close and you're going to be transported to a very interesting area. 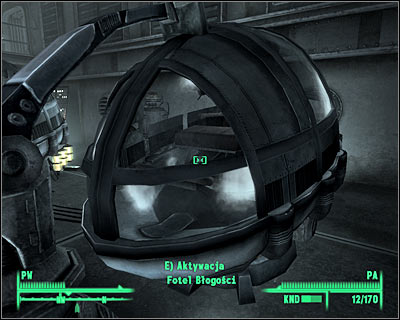