This following page describes the first task of the main storyline of Fallout 76. The quest Reclamation Day will be given to you right after watching the intro and creating your character. It's a simple task requiring you to do nothing more than leaving Vault 76. 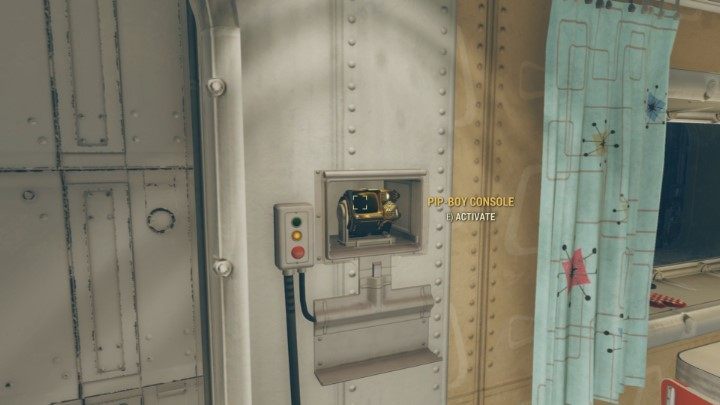 The Pip-boy will be your companion from the first mission and all the way to endgame.

Your first goal is to pick up a Pip-Boy, which is a handy personal computer used to browse through equipment or check character status. Exit the room where you started the game and then head to the left. You'll find a Pip-Boy there - take the device and your character will automatically put it on. 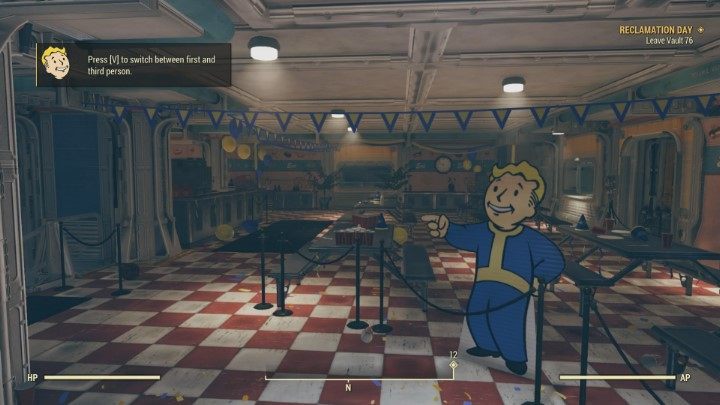 Vault-Boy will show you the way.

After getting your Pip-Boy, you can get ready to leave Vault 76 - but first you have to play the holotape left to you by the Overseer. Open the door next to the place where you picked up the Pip-Boy and then follow the cardboard images of Vault-Boy. 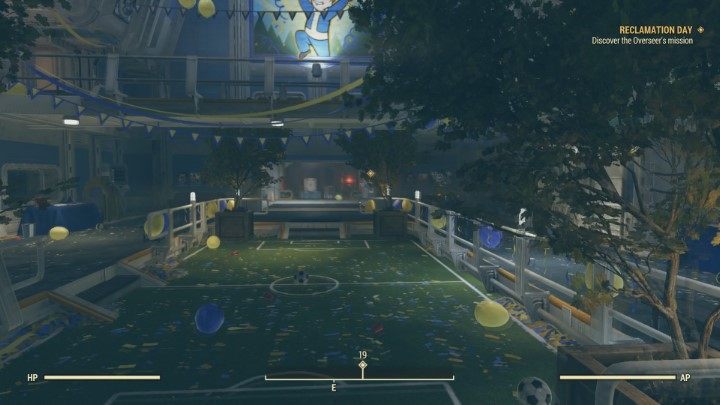 Vault 76 contains no useful items at this point, so the best you can get is a short tour of the place.

After you go downstairs, go across the field and along the corridor. On the way, you'll go past a few Vault-Boys. You don't have to stop anywhere, as Vault 76 contains absolutely no useful stuff. 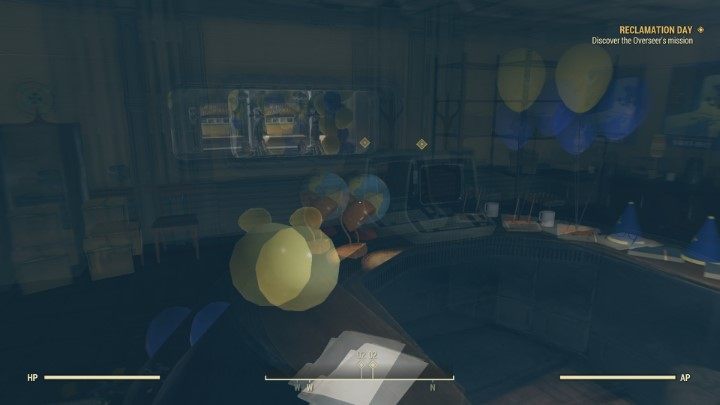 Use the terminal to play the Overseer's holotape.

At the end of the corridor, you'll find a room with a terminal. Use it and choose the option to play the holotape. You'll hear a story introduction to the game. 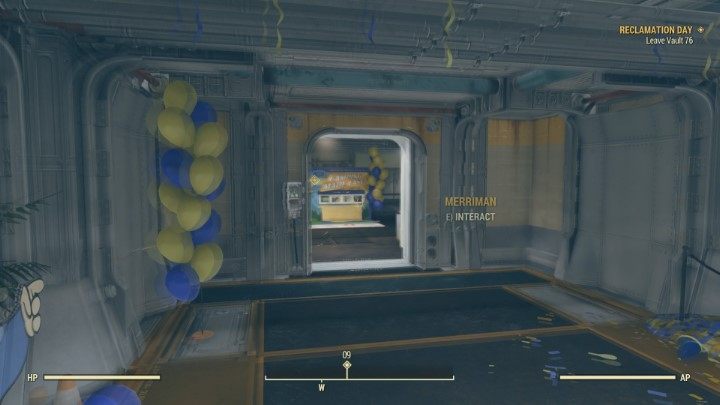 On your way to the exit, you can pick up the C.A.M.P. system, required to build your own base.

Now you can head to the Vault 76 entrance. To do this, go out of the room with the computer and then head to a nearby room. Follow the only available path - and take the C.A.M.P. system used to build bases. You can also pick up perk cards from one of the tables to get promoted to the next level, but if you leave the cards, you'll get promoted when you leave the vault either way. 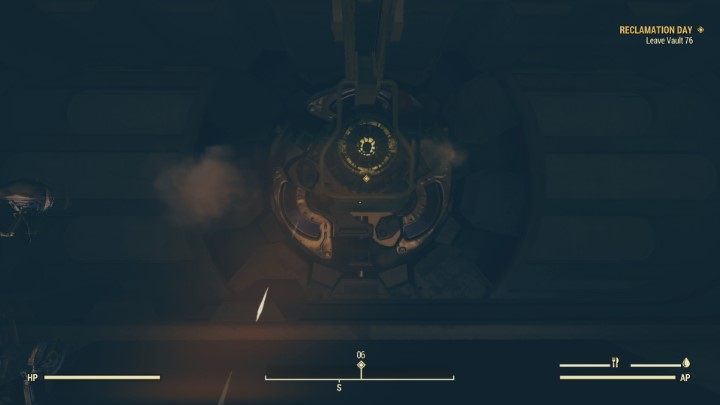 After you've left Vault 76, you won't be able to return; but hey, cheer up, there's a whole post-apocalyptic wasteland out there, just waiting to be explored.

You'll find yourself in front of the main Vault 76 gate - it will open automatically. After you leave, you'll be given a new story mission: First Contact.