Reward: If you choose the Mayor's Invitation quest - you'll get access to Demon Door #10 and Bowerstone Manor (silver key + Katana Hiryu) + 15000 Gold. Investigating the Mayor will only give you access to the manor.

After beating the Arena, you'll be invited by Bowerstone mayor, Lady Gray, for a visit in Bowerstone North. Once you're there, you'll be encouraged to take two opposite quests. Lady Gray will expect you to do a few favors for her and eventually become her husband, while the prisoner in local jail will tell you that Lady is an evil woman and you have to investigate her background. 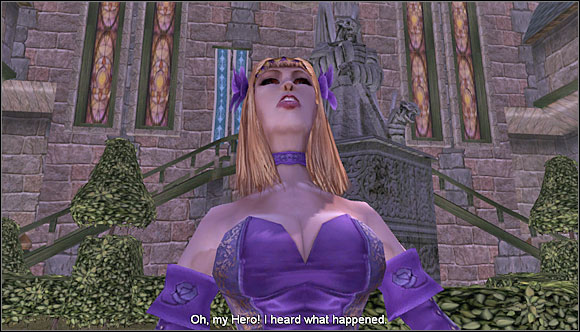 If you want to become Lady's husband, you'll have to do the following:

1) Give her a black rose (you can buy it in Bowerstone North);

3) Find the lost necklace. Talk to everyone in Bowerstone North, you'll find out that the necklace is somewhere in Oakvale. Go there and head to Memorial Garden. You'll see two whispering men in there. Sneak by the wall behind them and you'll hear that the necklace is buried between the two boats on the western Oakvale beach. Go there, dig in the right place and return to Lady.

4) Your last duty will be to fight Thunder. Go north of Bowerstone, you'll meet the powerful hero in there. He'll tell you to go to Headman's Hill. Go there, making your way through bandits. Once you're there, the duel will begin. Thunder is pretty easy to defeat using magic, he's defenseless against it. Enflame can easily interrupt his annoying lightning spell, and if you add a little bit of Slow Time then the Thunder is doomed at the very beginning. The duel consists of three phases. When you fall down to a little pond, be sure to fish in there (quite an interruption during the battle, isn't it?) for the Silver Key.

Go back to Bowerstone, using the nearby Demon Door, and talk to Lady. You can propose or reject her, the choice is yours, but it surely pays off to become to husband - check the Rewards. What's more, you can get some gifts from her that are not mentioned above, including the Solus Greatsword. Just treat her nicely, give her gifts and use positive, flirting expressions.

The 'Investigating the Mayor' quest is obviously connected with Lady as well. When you talk to the Bowerstone North prisoner, he'll tell you to go to Barrow Fields. Talk to a man who appeared in there - he was Lady Gray's dead sister's fiancee. Go to Gray House, stand near the stable and light the lantern three times. The sister's ghost will appear and open the door to the cellar. 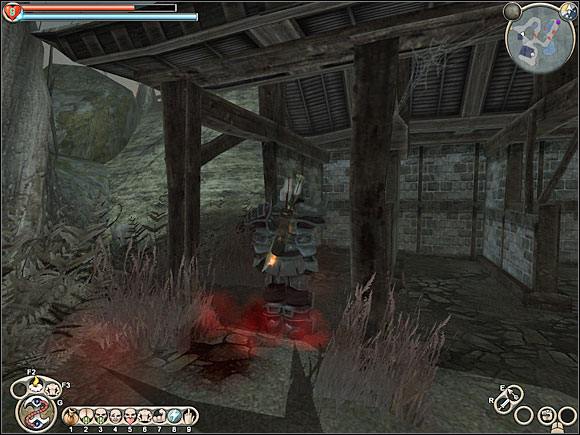 You'll find a skeleton and a letter in there - pick it up and Lady will make her appearance. If you already are her husband, then she'll just force you to give her the letter and you can't do anything about it, and if you're not, she will offer you marriage. If you agree, you'll be fighting Thunder just like in the previous quest, and if you reject, you'll expose her evil deeds and she will be forced to leave Bowerstone, promising you revenge. The guard in Bowerstone North will ask you whether you'd like to become the mayor. Agree to get access to the Manor.