There are 6 treasure clues in the game:

1) A chest in western part of Orchard Farm;

4) Reward for winning the Archery Competition in Knothole Glade;

5) A chest near the windmill in Windmill Hill; 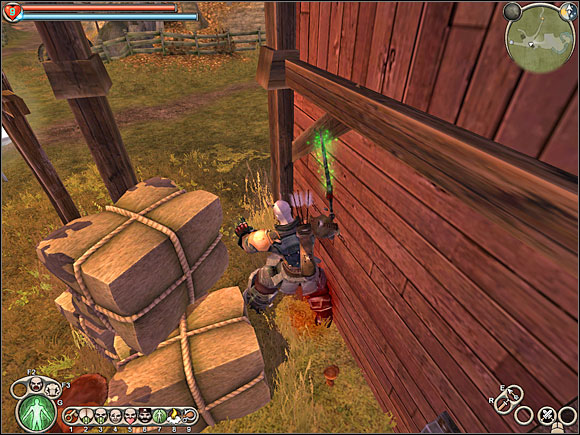 Use your spade in here.

The 'treasure' can be found without all the clues, but it's even more worthless then. The enchanted frying pan (sic!) is in Orchard Farm. You have to use your shovel manually, as it doesn't appear as one of the default F1-F3 items.