Go to Maze's chamber in Heroes' Guild. He will ask you for a favor. You have to find a man known as the Archaeologist. He's lost somewhere in Witchwood. You'll get there using the teleport. 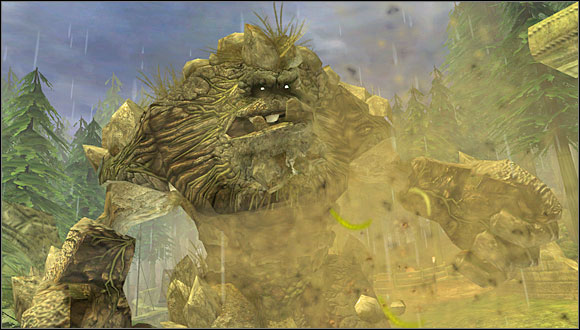 When you're there, follow the direction pointed by a golden dot on the map. You'll encounter a new type of enemy in here, the Rock Troll. He's easy to kill using the jump-attack-jump back technique. When you're in Witchwood Stones, you'll see the Demon Door which will open only to people who know its true name. You can get it from a guy next to the Temple of Avo for a ruby, or just get it from the guide - it's H-I-T-S. Hit the enchanted stones near the door in that order and it will stand open before you.

HINT: If you enter the word S-H-I-T, you will be attacked by two Balverines, shame on you ;-)

Inside the cave you'll meet the Achaeologist. He isn't very happy about being found. He was hiding in there from some evil forces trying to get him. Once he leaves, look around the room. You'll find some interesting stuff in here.