Once you're back in the Guild, you will be able to choose which side you want to take in the next quest: the bandits or guards of the farm. In both cases you will be facing Whisper as your opponent. 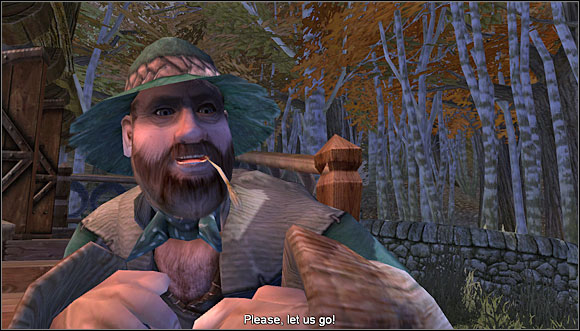 Defending the farm is an easy task. You just have to slay all the bandits that approach it. When performing the raid, you'll have to escort the bandits to the crates they want to steal and then out of the area again - 3 times.

You will have to fight Whisper again, no matter which side you're on. This time you will learn how to flourish - perform a special, powerful attack that breaks the opponent's block. The mission ends as soon as you defeat her.