In F1 Manager 2022, Regulation Changes may require you to conduct additional Research. On this page of our guide, we explain where to find out about planned Regulation Changes, how to vote for them, and how to properly Research parts before a new season.

Vote on changes to the aero rules 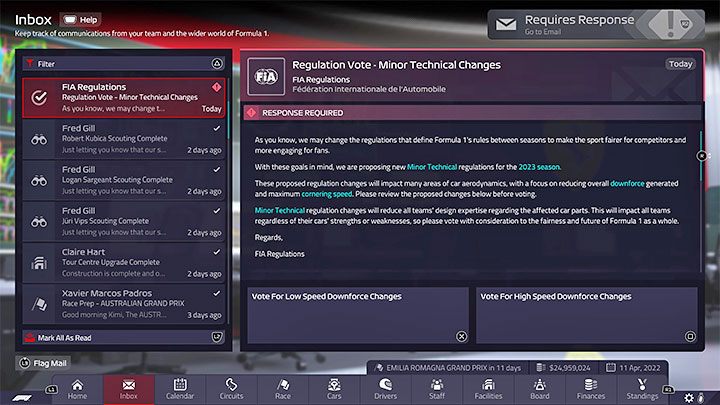 In real Formula 1, regulations change before each season, and this is reflected with a corresponding feature in F1 Manager 2022.

The subject of regulations is discussed for the first time in April, when the racing commence . At that time, you should receive a message and an option to vote for changes to aero rules. Your choice should not, of course, be random. Analyze the performance of the cars of your closest competition and choose changes in the area where they are strong. 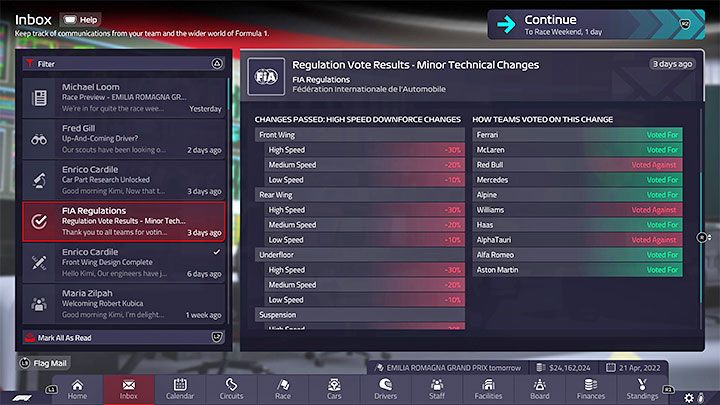 After a few days, you will receive another message, this time with the voting results . It should go your way, but that is not a 100% guarantee.

You will also learn about how the planned regulation changes will affect the performance of the cars . In our example, we voted on the changes in High Speed Downforce, - the motion has passed.

Research - unlocking and designing parts for the next season 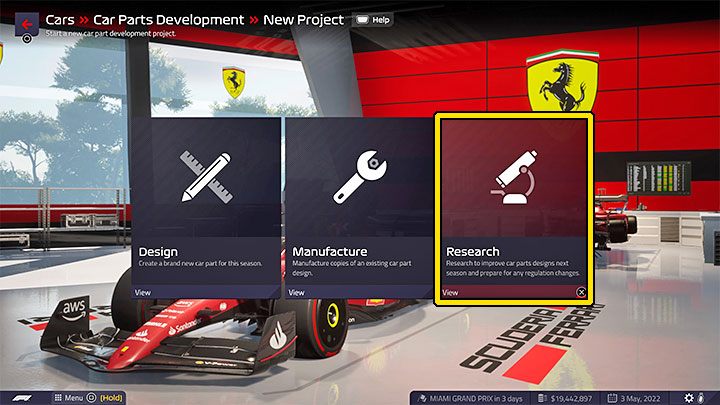 You can and should prepare for the changes scheduled for the next season, thanks to Research . You can go to the Cars menu and select an item from there that was previously locked.

Important Note - The test menu and the part design menu use the same staff. You must have a spare part design slot and free engineers . Only then will it be possible to start research. 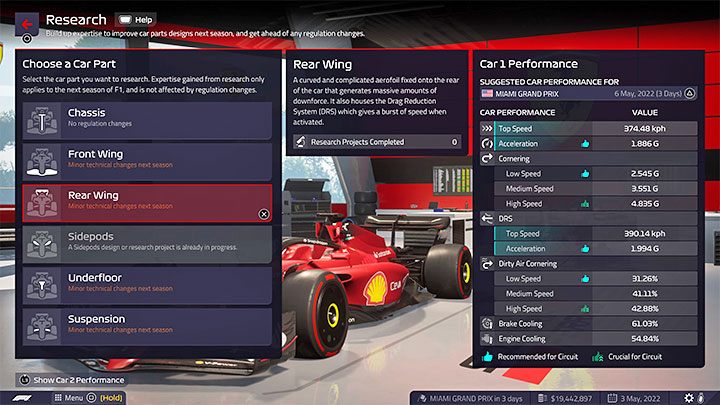 In the research window, the game informs you which parts of the car will be affected by the planned changes to the rules and you should research them only. 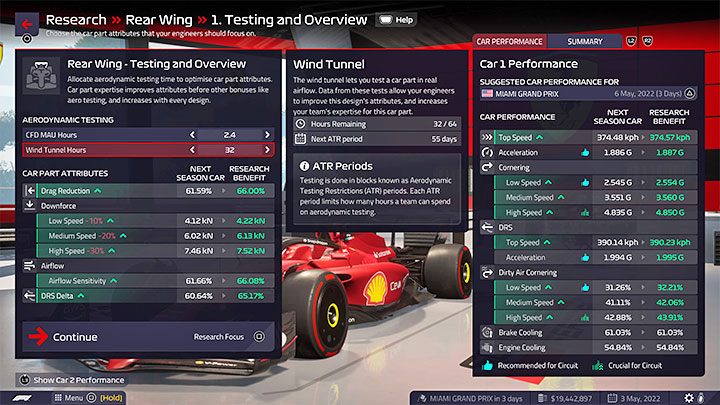 The next steps of researching new parts are very similar to designing parts for the current season - we described the process in more detail on a separate page of Car and its development . As a reminder, these are: 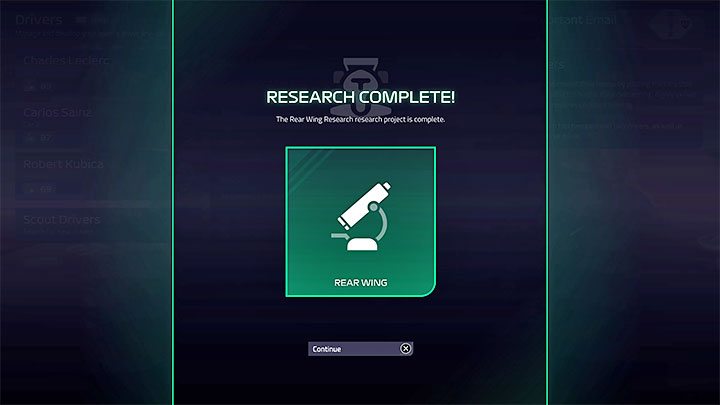 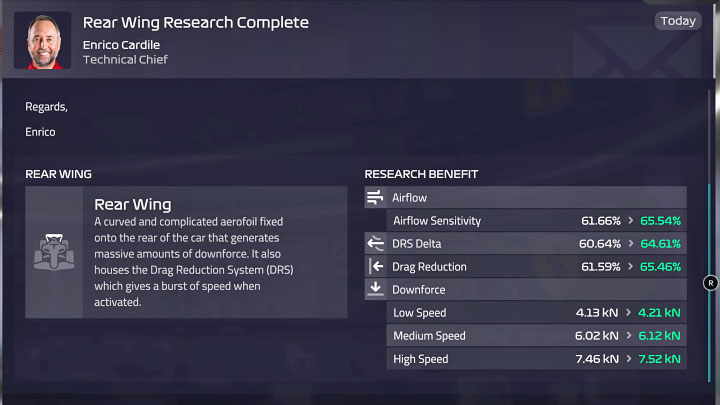 After the set number of days in the calendar has elapsed, you will receive a notification that the tests are completed. From a separate message, you will also learn what changes to car performance you can expect from the completed project.

Research projects are not produced . You will simply take advantage of their effects in the next season. When selecting the next research projects, you can choose other fields or the same again (e.g. rear wing) to make the part even more efficient.

Other changes to the regulations 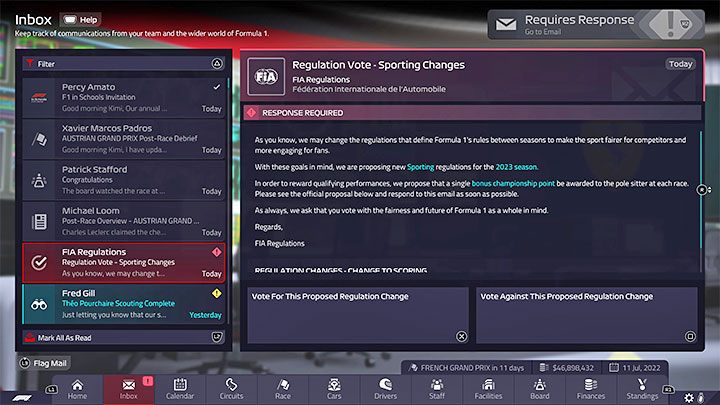 Later in the career, there will be more votes on changes to the regulations . These can again relate to changes to the aerodynamics of the cars, but also to other areas.

In the example from our picture, vote is about awarding a bonus point for a pole position in a given race and you can vote for or against. Always bear in mind the interests of your team and whether it will benefit or or hurt it. For example, if you are leading a top team, a pole point is a positive change, but for a team in the middle or at the bottom of the stake it will be a disadvantage.