On this page of our F1 Manager 2022 guide, we will help you with selecting the drivers based on supplied statistics and team capability. Here you'll learn how to analyze drivers, when to negotiate contracts, and how to change the current team line-up. 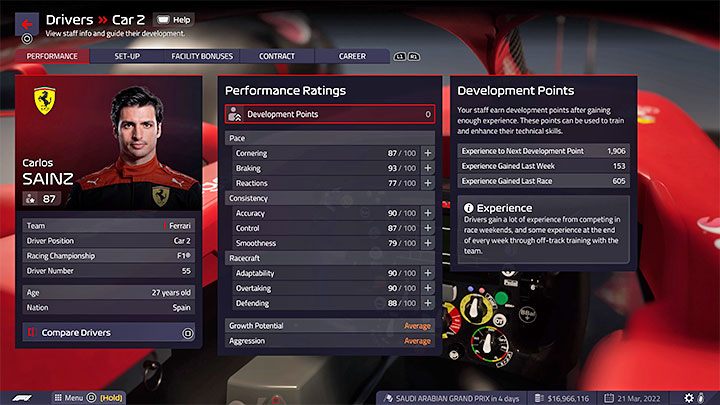 Each driver in F1 Manager 2022 is described by two grades:

When analyzing a driver, one of the most important stats is performance assessment. Thanks to assessment, you'll learn the strong points of each driver and his eventual weaknesses. A lower parameter may prevent a driver from achieving good results, even if he is driving a superb car.

The parameters describing a driver are as follows:

Room for improvement and aggression 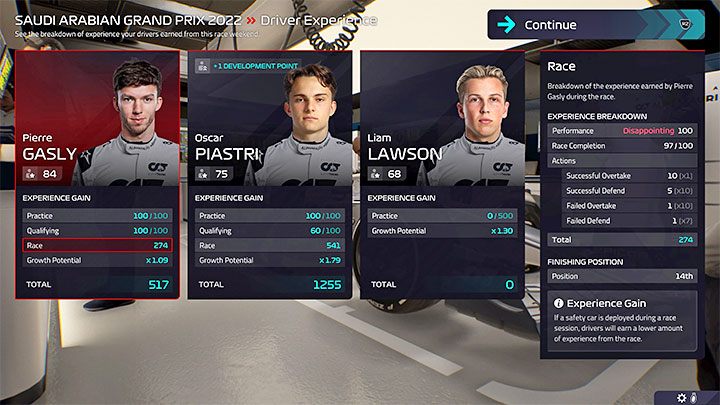 Each driver, apart from the efficiency assesments, also has two other important parameters and each of them can have 3 values - low, medium or high. 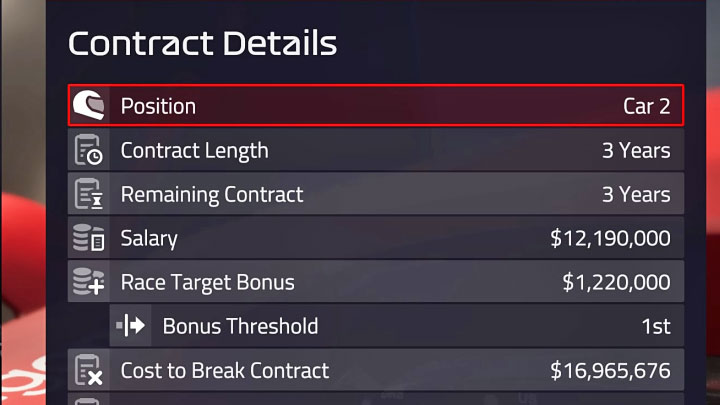 Don't start the new season by dismissing your drivers immediately , as this means a financial penalty. The more prestigious / longer the contract, the greater the penalty for breaking it prematurely (almost 17 million for Carlos Sainz - example in the picture above). Only consider such a decision if the penalty is really small (1-2 million).

The exception is when one of the drivers is clearly sticking out and you want to get rid of him in order to replace him with someone more talented. In such situations, don't wait until the 2023 season, but take action before entering the 2022 season. 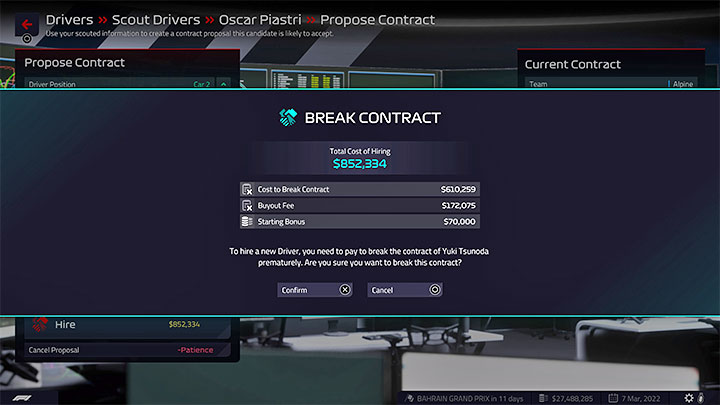 When selecting a candidate for a driver position, you have 3 main options: 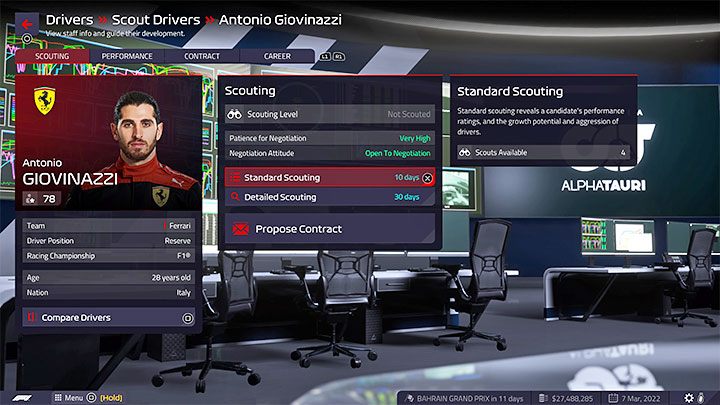 When choosing someone from outside the team, you should start scouting, i.e. get to know the statistics of the driver you consider . You can choose from short scouting which will take 10 days or long scouting which will take 30 days to get more information. The knowledge gained in this way can help you determine whether the statistics of a given driver are satisfactory.

Instead of scouting, you can also "cheat". Successful negotiations and signing the contract allow you to see the full statistics of the player. If they are not satisfactory, you can just load a previous save and negotiate with someone else. 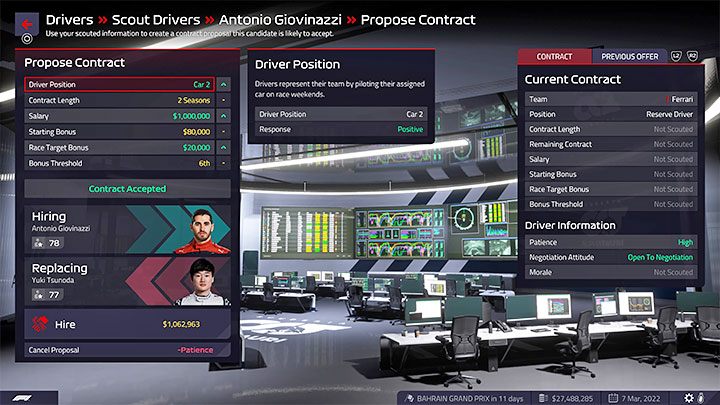 Negotiation is about setting the terms of the contract and sending them to the driver with the hope that he will accept them. The available contract options are:

After sending the contract, you will receive a response from the driver:

You can renew the negotiations, but not an infinite number of times . Each driver has a different Patience - you can read it on his card. Again lousy offers will make him refuse any further talks. You have to make sure that the conditions for the orange fields are clearly better in the new contract (for the yellow ones you can also improve them a bit).