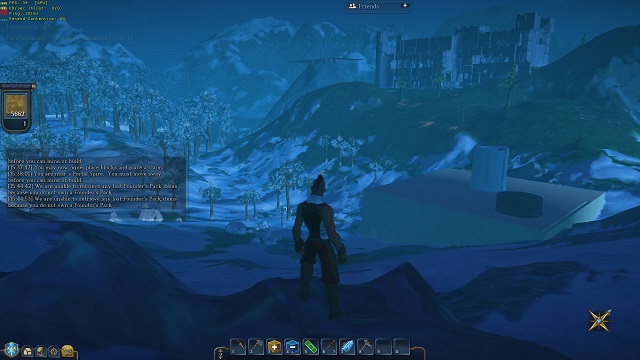 The world is wide open for you.

After you have created your character, in the creation menu, and have select the server, you appear in the game world and gain control over your character. The land that you can explore, from now on, is very vast and diverse. It consists of two characteristic biomes. The system is that the way in which the game world looks, is generated for your character, and it is the same on each server. It can, e.g. be a desert and jungle, or tundra and deciduous forest. Of course, what I mean here is the general area type, rather than the placement of all the elements of the environment, in an identical way. At first, you are right next to the Portal Spire, mentioned in the previous chapter, which performs the function of the crafting center (crafting of new items). At present, you do not have any resources, which you could use in any way that would make any sense. That is why, the first thing that you need to do is obtain them. Two tools are going to be useful here and they are in your quick inventory, i.e. the stone pickaxe and the stone axe. As the names suggest, the former is used for mining for various deposits of minerals, whereas the latter is used for chopping down trees, which then can be collected for wood. What is important, you can use these tools only to obtain the predetermined resources of low value, whose obtaining will allow you to craft better tools and, in the long run, obtain more valuable materials. However, this is going to be described further in this guide. 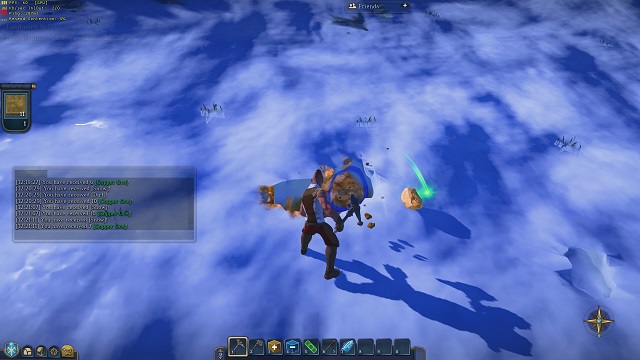 First of all, you need to set out to find some deposits of Copper, thanks to which you will receive a common crafting material. Copper is quite common here so, finding the deposits should not be too difficult. They come in light-brown and, after you hit them, they drop Copper Ore, but sometimes, also Elemental Copper. You are going to need both of these materials, in small quantities, but it does not hurt to make some provisions, for later. 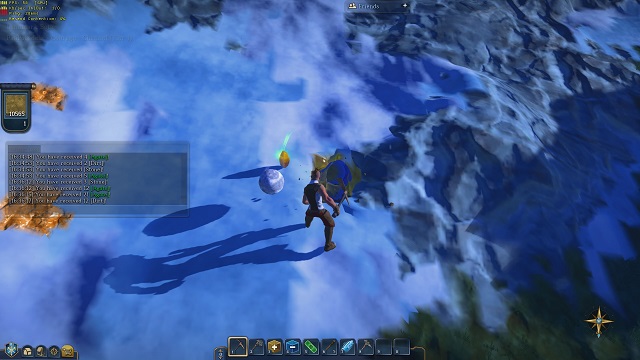 All that glitters is not gold.

The next material that you need to obtain is Agate (comes in yellow) and it is quite uncommon, under the beds of Copper, or usually, next to it. You simply need to take a look around the area. It drops a single material of the same name- Agate. 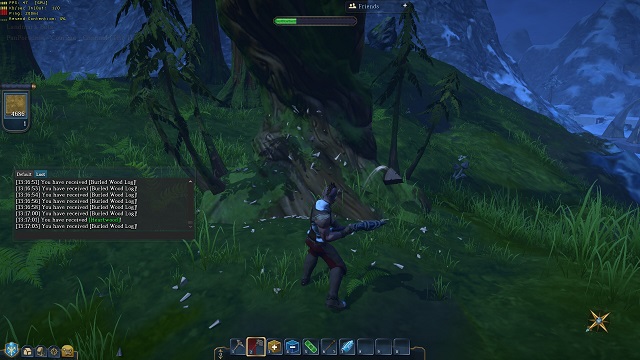 And we go choppipty, chop, chop!

Once you have already performed the job with the pickaxe and obtain all of the materials mentioned above, it is time to use the axe. To obtain the wood that you need, you will have to fid any tree (a big one, preferably) and chop it down completely. It is going to drop Wood Log of all sorts (the type depends on the species of the tree) and the thing that you are the most interested in, i.e. Heartwood. Just like previously, take the rule " the more, the better" to your heart. 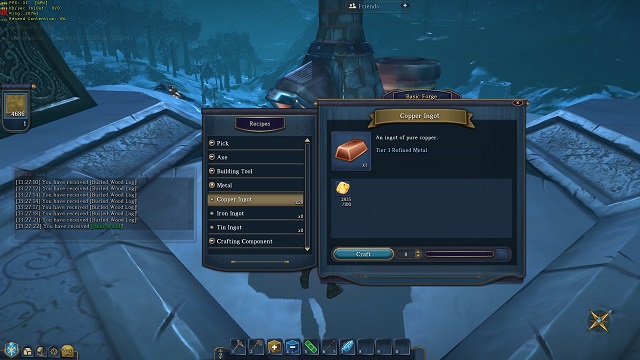 Then, return to the Portal Spire and craft the improved version of the pickaxe, i.e. the Copper Pick. To do that, access the Basic Forge in the Metal tab and smelt Copper Ore into Copper Ingot. You need 8 copper ingots. After you do that, you are the lucky owner of all the materials that you need to craft the Copper Pick. Before you continue your exploration, it is a good idea to obtain the Keen-Eye Band from the Accessory tab, at the Basic Workshop. It raises your chances at digging out some more valuable materials. To use its magical properties, you simply need to put it on, in the inventory screen. 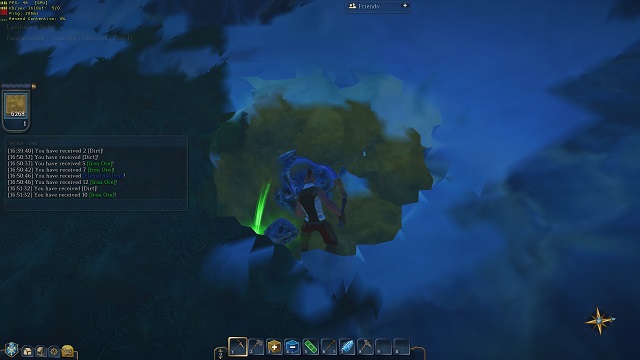 During your second expedition, you will try to find deposits of some more valuable materials, i.e. Iron and Tin. To obtain them, you need to use your shiny, new pick. Iron deposits are grey and, honestly speaking, they are hard to discern among rocks and stones. After you hit them, that usually drop the Iron Ore and the Elemental Iron. Both of these are very much needed by you. As for tin, it can usually be fond under the deposits of iron so, to get to it and collect Tin Ore, and Elemental Tin, you first need to remove the deposits of Iron. 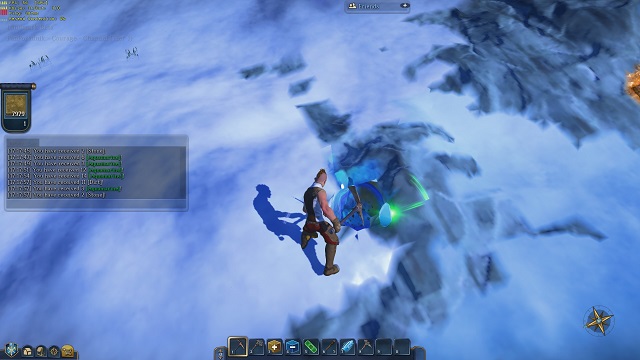 In Landmark resources come in all colors of the rainbow.

The purpose of the last expedition around is to find two more basic materials, thanks to which you will be able to craft, additionally, five more basic items, within the initial phase of the game. What I mean here is the Aquamarine and the Tourmaline. The first one of them is bright-blue in color, and it occurs, in most cases, alone (you can also find it, sometimes, near Iron deposits). It drops a single item of the same name- Aquamarine. 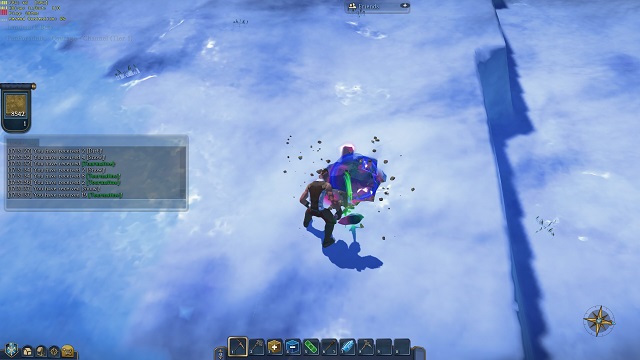 I felt a twinge in my shoulder.

The second one - Tourmaline - consists of two shades, i.e. pink and green. Just like in the case of Aquamarine, or Agate, after being struck, it drops only one item- Tourmaline. It comes by itself or under deposits of tin (or marble, which you are not interested in, as of now). After you obtain it, you already have got everything that you need and you can return to the crafting center. 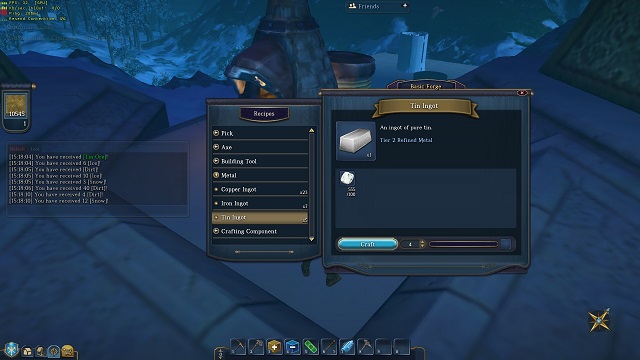 Now, this is going to be a blade!

Now, to craft an upgraded version of the axe, i.e. Tin Axe you need to smelt Tin Ore into Tin Ingot. You only need 4 ingots, to craft a tin axe. If, at this points, you have sufficient amounts of the other supplies, you can craft this item straight away. If you do not, you will have to mine for more. 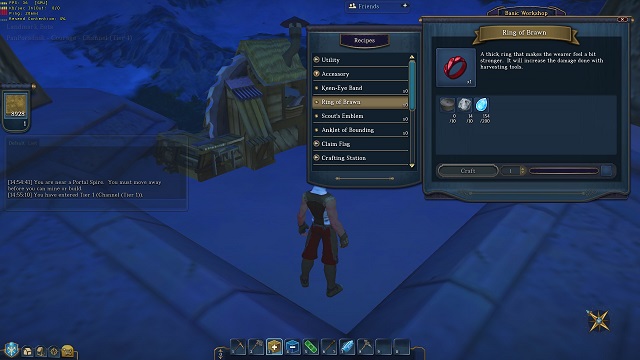 To improve the parameters of your character and the speed of mining for resources, it is a good idea to obtain the three remaining items of magical properties. Ring of Brawn ensures faster splitting of deposits, Scout's Emblem increased speed and Anklet of Bounding jumping into greater heights. In theory, you have all the materials to craft them all but, in reality, you will have to smelt Iron Ore into Iron Ingot. 20 ingots, to be precise, will do. 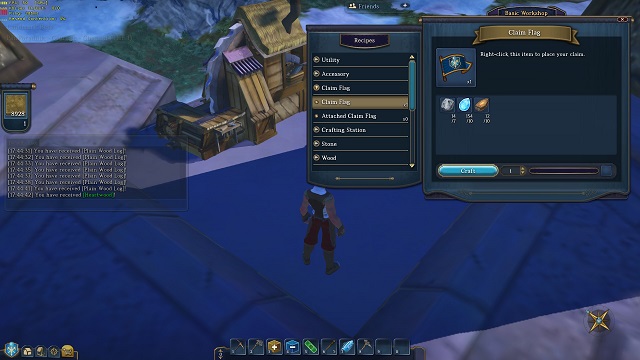 This is it. There is nothing else left to do. In the first phase of the game, that is.

Finally, the last thing left to do is to build the item that allows your informal transition into phase two, i.e. your own four walls. The colorful flag, named Claim Flag is used to determine and delimit your own plot. This however, is described in detail in the next chapter. To craft it, however, you are going to need Elemental Iron, Aquamarine and Heartwood only. It is as simple as that.

This site is not associated with and/or endorsed by the Sony Computer Entertainment or Sony Online Entertainment. All logos and images are copyrighted by their respective owners.