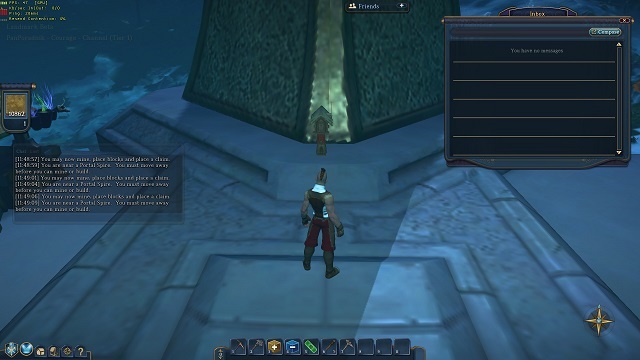 Inbox is nothing more than the regular mailbox, where you can read various messages sent to you, as well as send letters.

Founder's Pack is a special program, prepared by the game's developers that allows you to play a preview version of the game. It consists of three paid sets, which differ in contents and, which goes without saying, price. Each player gains access to the beta version, as well as to the digital extras for their characters. it is thanks to the adorned box in the Portal Spire players that obtained the Founder's Pack, may receive the items that they are entitled to and gifts. As of now, the Packs have been sold until the last day of March.

This site is not associated with and/or endorsed by the Sony Computer Entertainment or Sony Online Entertainment. All logos and images are copyrighted by their respective owners.