The Euro Truck Simulator 2 Beyond the Baltic Sea game guide describes new countries and cities. Below is a description of Russia and its famous cities. 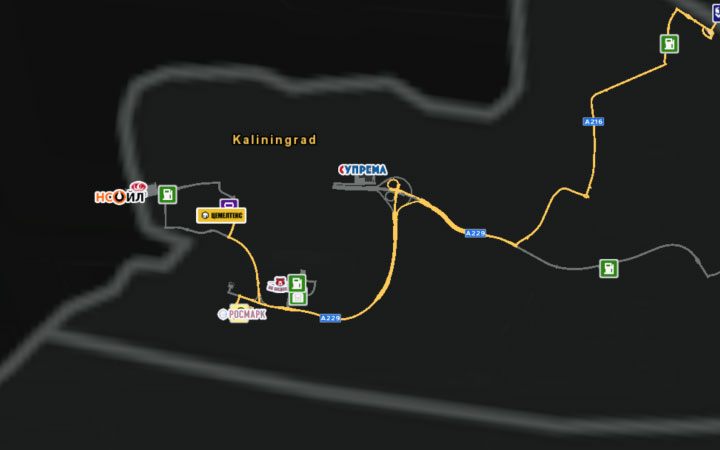 A map of Kaliningrad.

It's a quite large and vast city located in the Kaliningrad Oblast. From east a part of the highway leads towards it, from south you can also use a ring road. The streets between the available objects in the city are rather narrow. 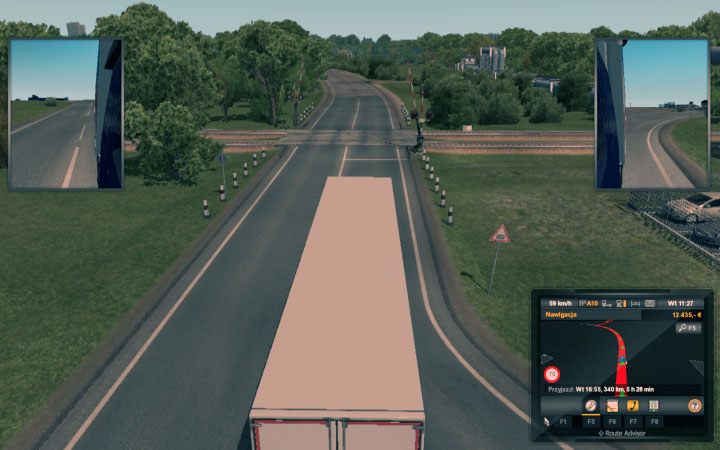 Here you will find many companies and objects. In the city there are two companies, three more are to the west, one is in the north, and one is located far to the east. In addition to that, you will find here a workshop, garage, a few parking lots, and two gas stations. There is also a Mercedes-Benz truck dealer here. 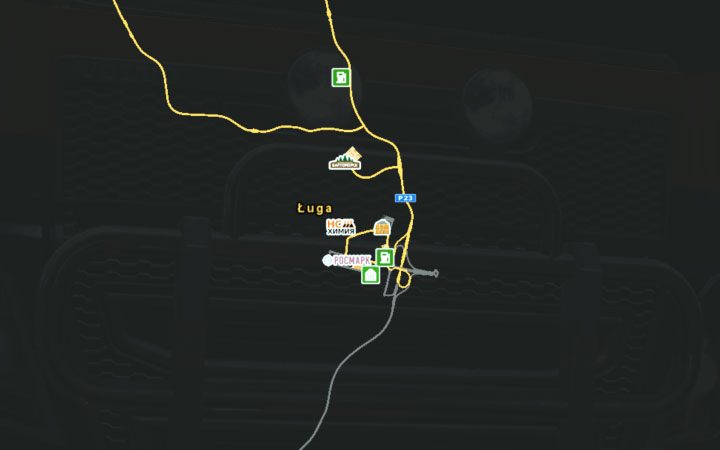 A map of Luga.

It's a small city located in Russia, between Saint Petersburg and Pskov. It is located to the west from the narrow road that connects the above mentioned cities. 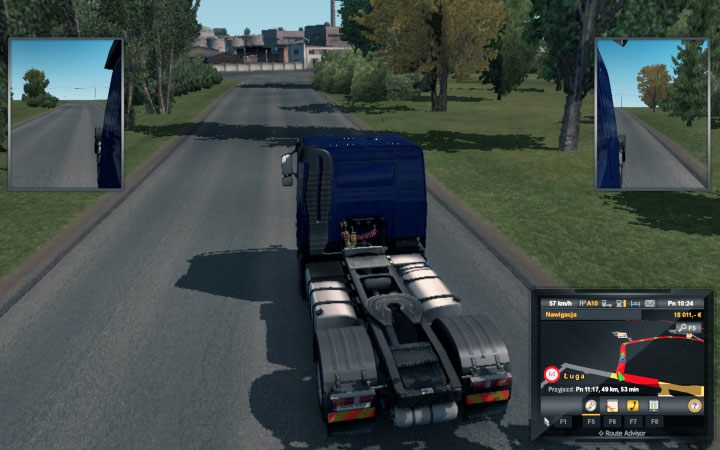 Here you will find a few companies and objects. They are close to each other. So, you will find three companies, workshop, garage, gas station in close vicinity. In the north you will find another company. However, since the city is located on the side and it has bad connection to other cities, it isn't an attractive spot. 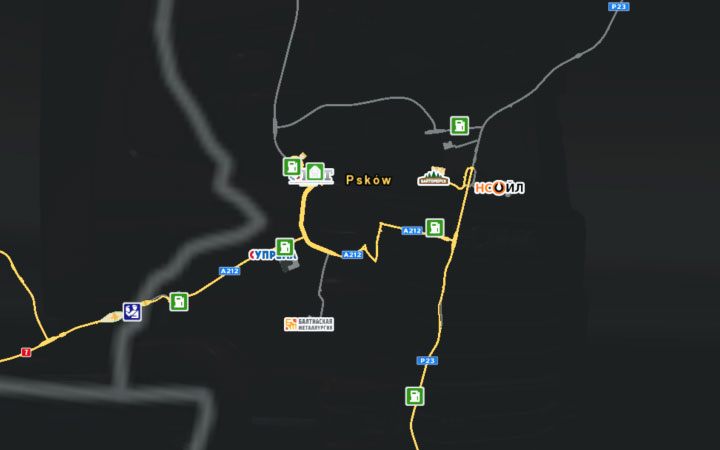 A map of Pskov.

It's a quite large city located in the west of Russia, near the border with Estonia. It's located on the road that leads from north from Saint Petersburg to Rezekne in Latvia. It is also well communicated with Estonia. However, the quality of the roads here is poor. 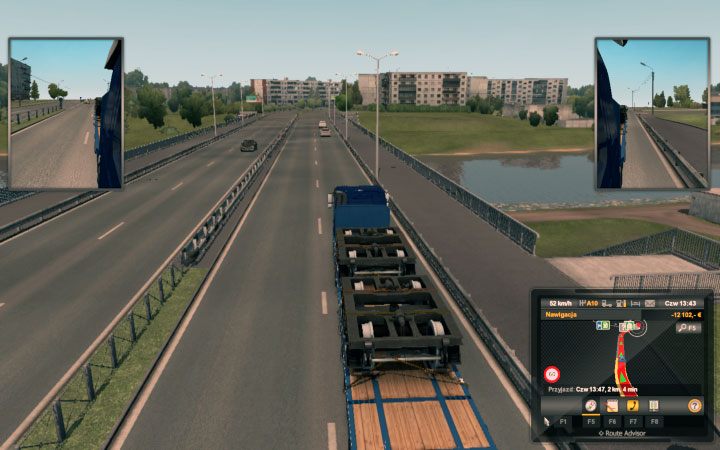 You will find a few objects here. In the west of the city there is one company, workshop, garage, gas station with a parking, and a job agency. Two more companies are in the east and the final two are in the south. 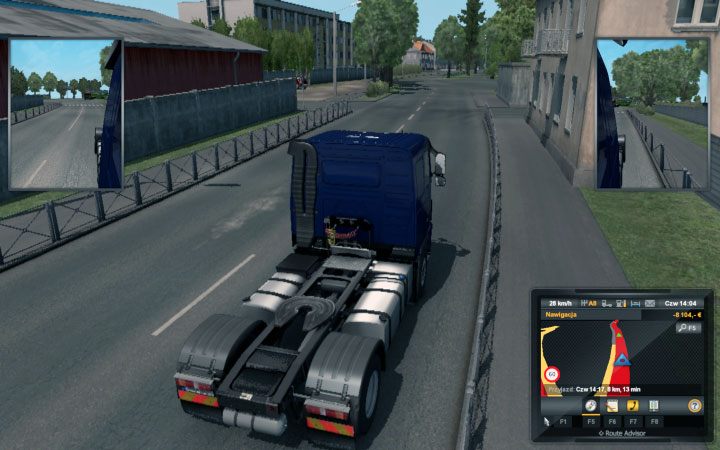 Some roads are partially wide, but the majority is narrow. Here you will also find intersections with signals, a roundabout where the vehicles entering it have priority (!), a rail crossing, viaducts - there are some obstacles in the area. 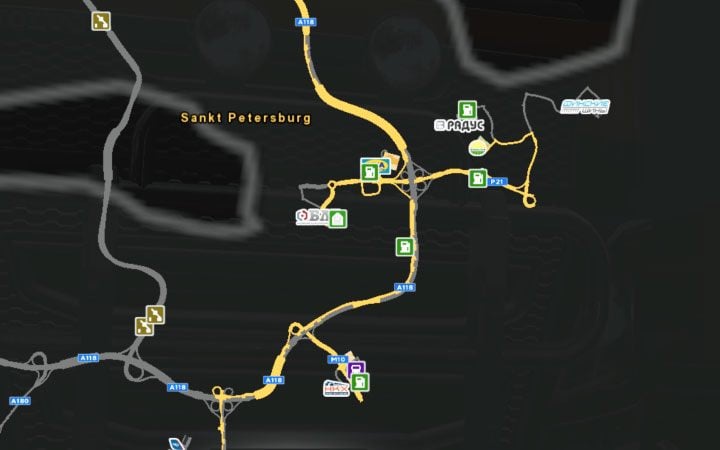 A map of Saint Petersburg.

A giant city located in the eastern part of the map. It's the western part of Russia available in the Beyond the Baltic Sea expansion pack. Considering the size of the ring road and the entry roads, the city is very large. From north you can get here from Finland, from west from Latvia, and from south from Luga, another Russian city. 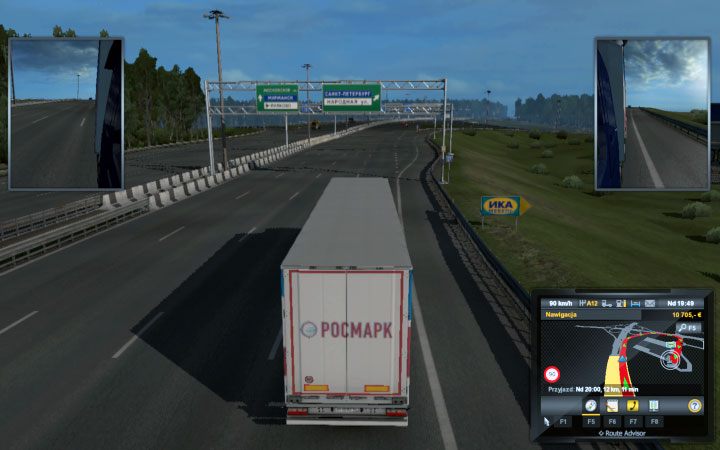 The main part of the city that interests you is in the east - you can get there directly from highway A118 that has four lanes in some places. The city is located on the eastern and western part of the highway. Both parts are connected by a vast, two-lane road. 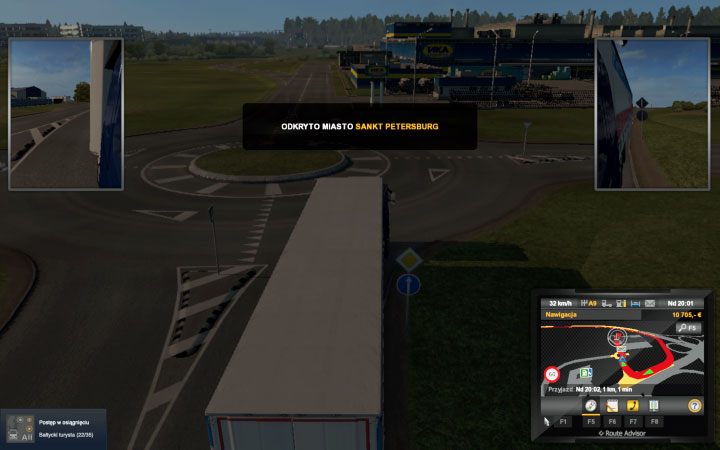 Here you will find gas stations, parking lots, and five companies. Be careful when driving through roundabouts - in Russia the vehicle entering the roundabout has priority. 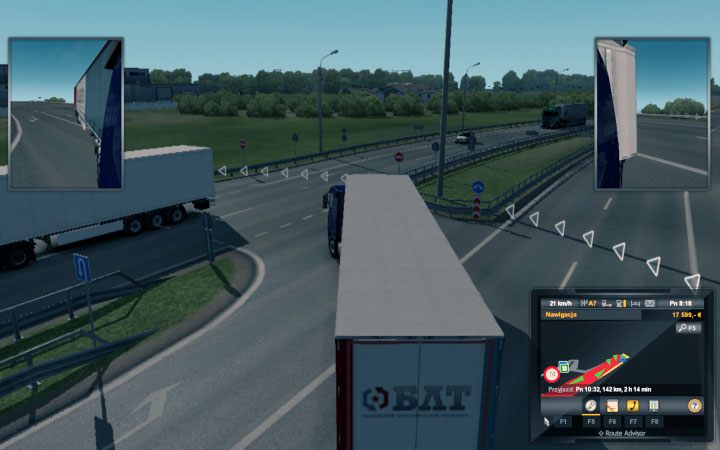 DAF truck dealer, workshop, gas station, parking, and one company are located at the next main highway exit, slightly further to the south. However, this exit leads to another two-lane road, so in order to reach the objects you must use a place to turn around. More companies can be found: one in the south, near the road to Luga, one in the north near the road to Vyborg, the last four near the western part of the ring road, near the Sosnovy Bor. The city is giant and vast so traveling through all the objects - despite the presence of a highway - takes some time. 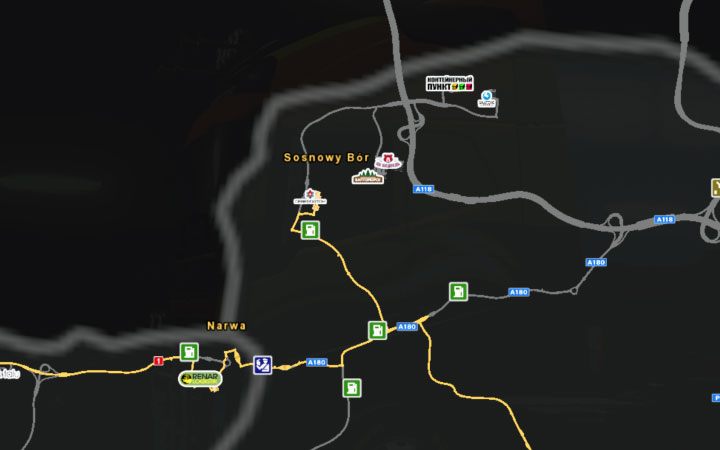 A map of Sosnovy Bor.

A tiny city located west from Saint Petersburg, near the border with Latvia. You can get here by exiting the Saint Petersburg ring road or by going north through the A180 road that leads to Narva. 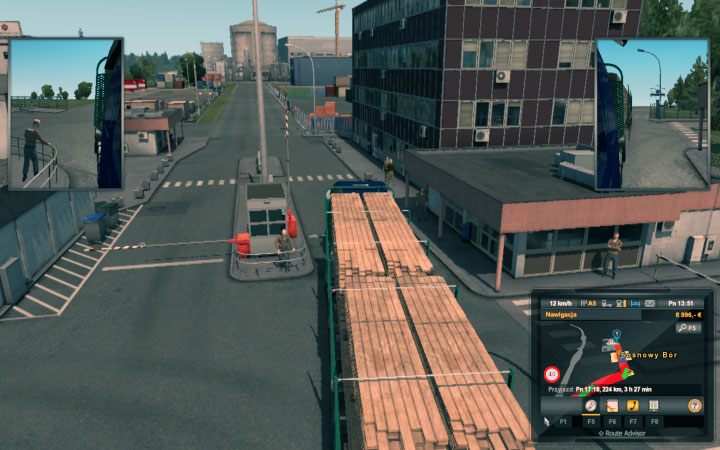 There is only one place here - a power plant company. Other companies in the northeast are part of Saint Petersburg. In the area you will also find a gas station with a parking. And that is all. 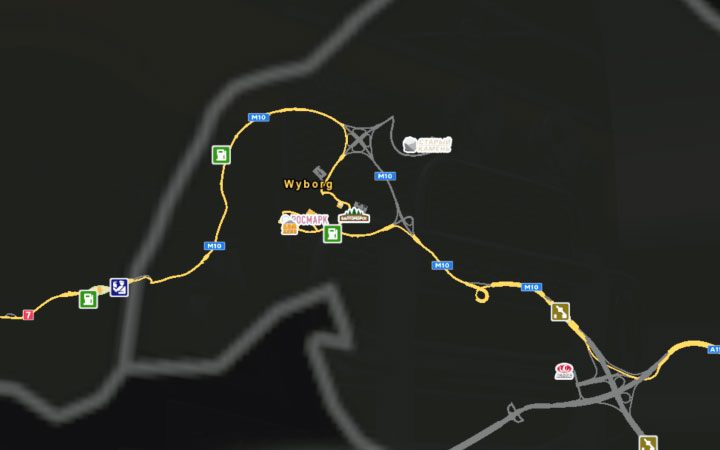 A map of Vyborg.

A small city that is located near the border with Finland. It leads from the border to Saint Petersburg. It's near a highway. 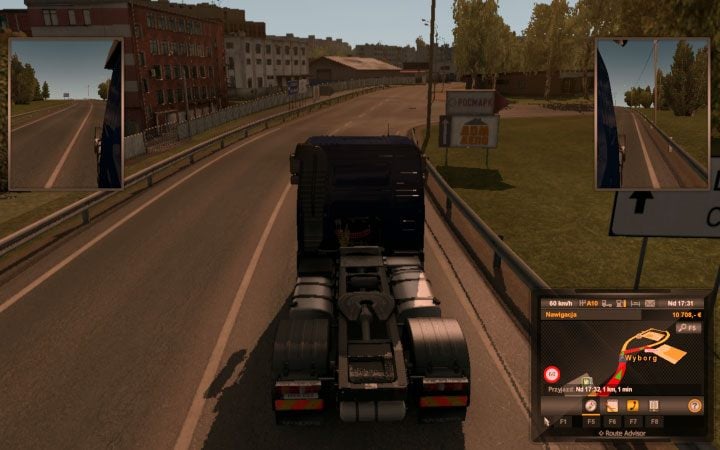 The city is small - it features a few narrow streets between two highway nods. Here you will find a gas station, workshop, parking, and three companies. The fourth one can be found on the eastern side of the highway. Nothing special can be found here.