The Euro Truck Simulator 2 Beyond the Baltic Sea game guide describes new countries and cities. Below is a description of Estonia and its famous cities. 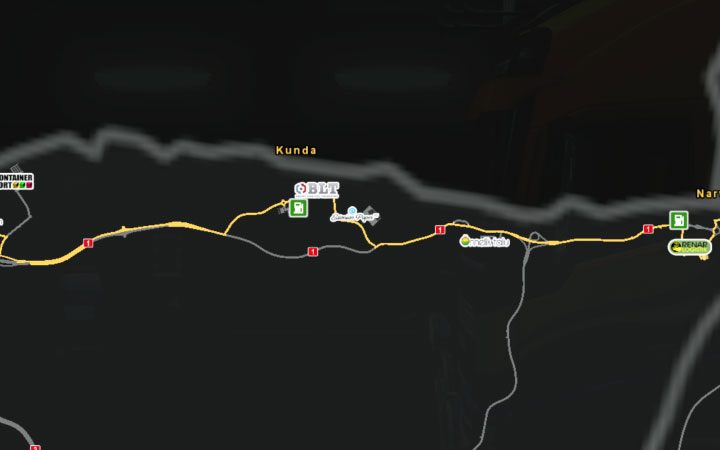 A map of Kunda.

Another small city (when it comes to the available options - the city itself looks like a big one). It's next to the road that leads from the eastern border with Russia in Narva to Tallin in the west. 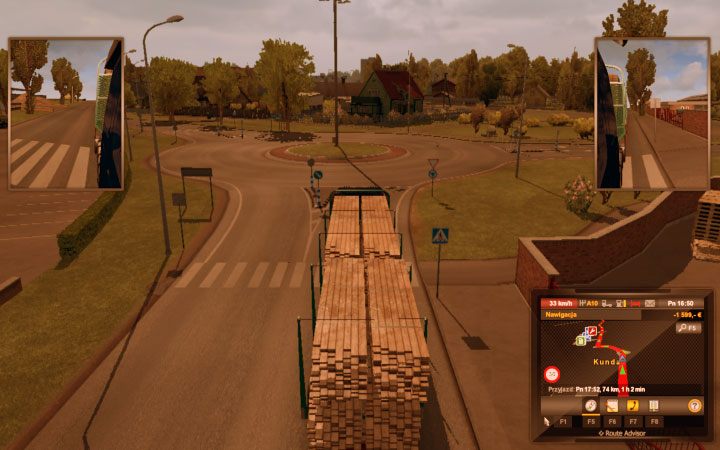 Here you will find a workshop, gas station, parking and two companies near each other. You can also notice viaducts, railroads and industrial spur, but nothing else is available for the player. It's just a city on the road from another country to the capital. 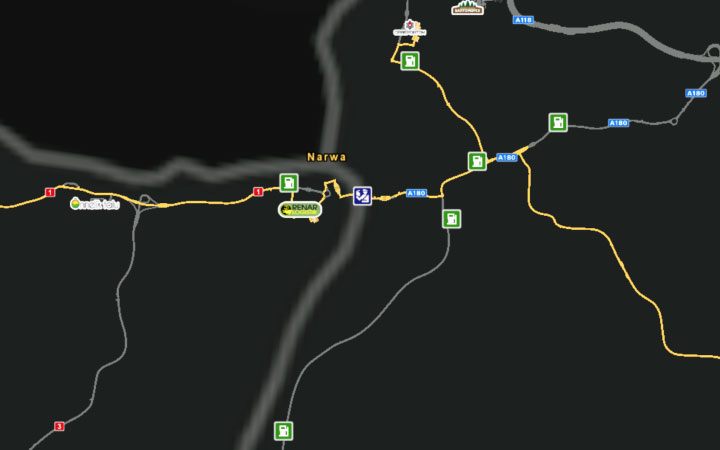 A map of Narva.

It is a small city located in the northeastern part of Estonia. It's a border city - here you will find a border pass to Russia. You can go in that direction to Saint Petersburg, Luga, and Sosnovy Bor. To the west the road leads to Tallin. 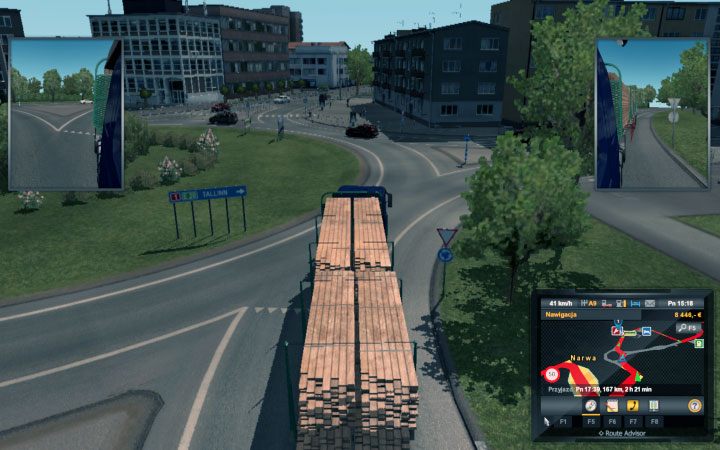 There's not much in the city: a gas station, parking lots, workshops, and only one company. Nothing else here - maybe except for a single roundabout. 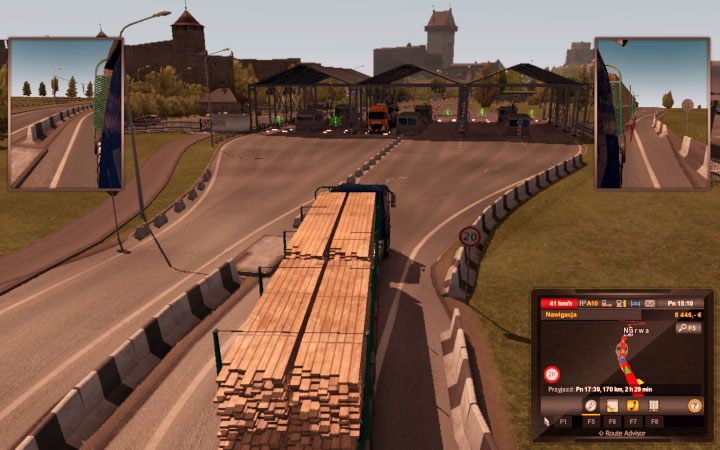 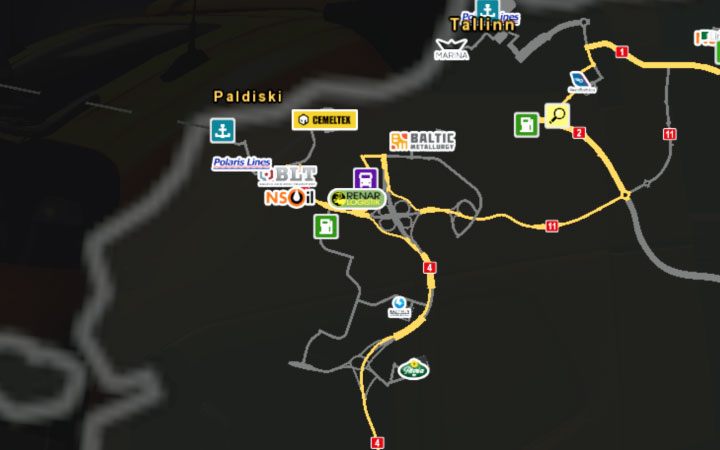 A map of Paldiski.

A small city in the northwest. It is located next to the capitol of the country, Tallin. The roads from east and south are leading here - they are partially two-lane. 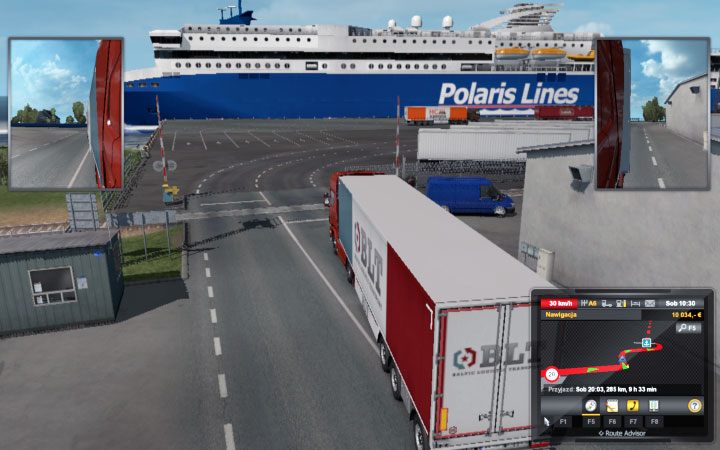 The city is small and under the shadow of the nearby capitol. Here you will find four companies and a port that enables you to get near Stockholm. It's the main role of the city - it enables you to quickly get to Sweden. 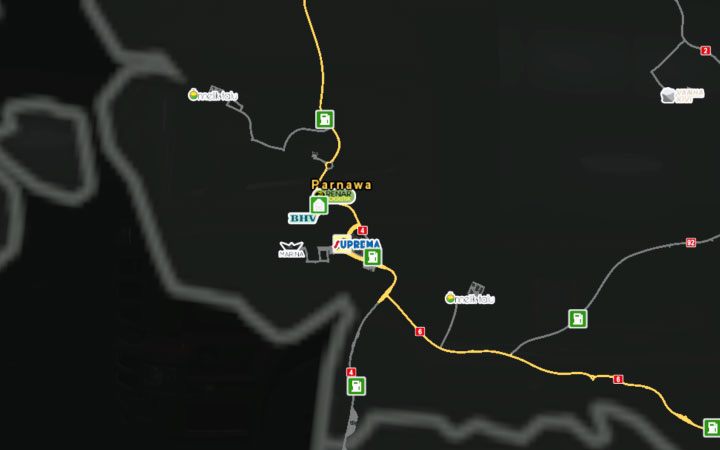 A map of Parnu.

This city is located in the southwestern part of Estonia, near the road that leads from Tallin to Riga. Nearby you will find a border with Latvia. The roads around the city are one-lane. 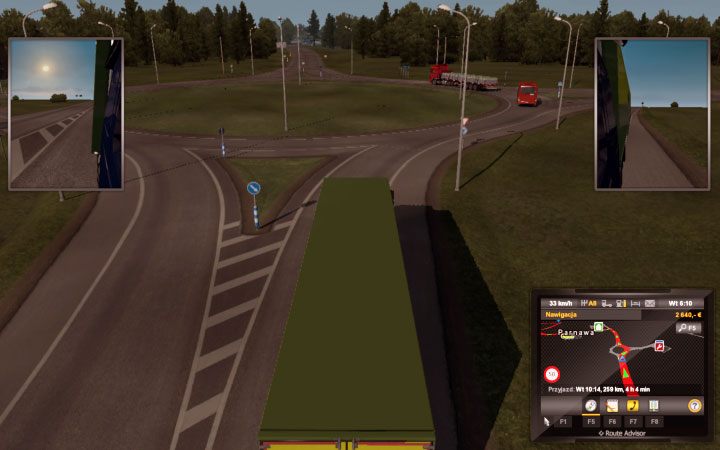 The city lacks any ring roads - you can't bypass it. There is a small roundabout at the northern entrance. In the city you will find some regular objects: workshop, garage, parking, gas station, job agency, and four companies - everything is close to each other. 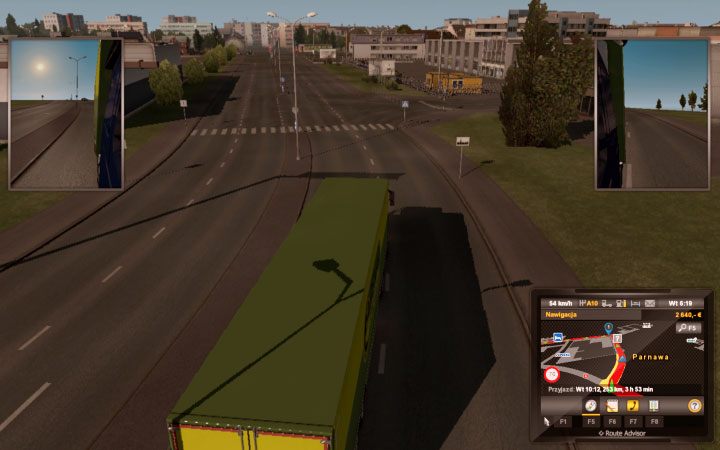 Two more companies can be found outside the city: one is in the north and another is located southwest. Remember about the speed limits while in the city - the two-lane roads might urge you to drive too fast. 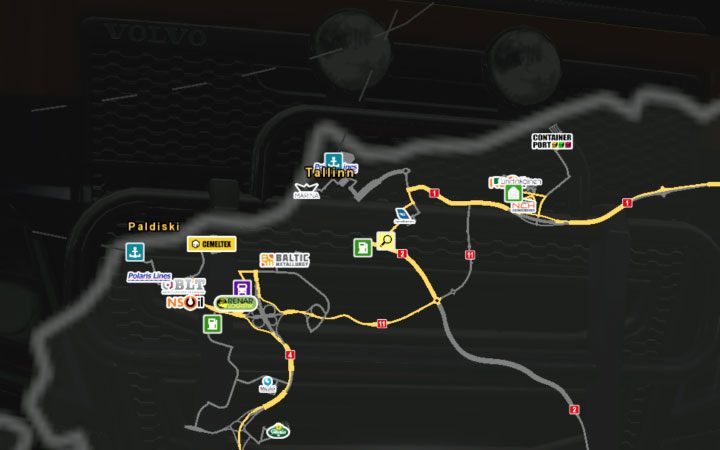 A map of Tallin.

The city is located in the northwestern part of Estonia, it's the capitol. From here there are roads towards east (Russia), south (Latvia), and south east (Tartu). Here you will find some two-lane roads, but at some point the quality of the roads is dropping. In the west you will find the city of Paldiski. 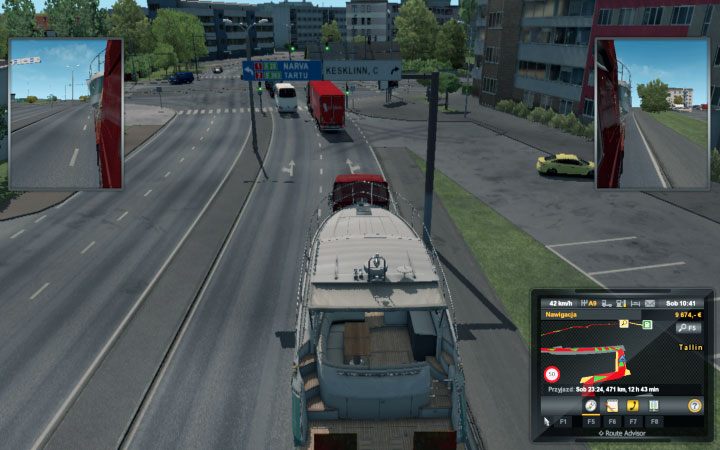 The city is scattered across a large area. There are many wide roads with intersections with signals here. In the west, near the city of Paldiski, you will find a Skania truck dealer with a workshop. Far to the south there are two companies. In the central part you will find a job agency, gas station, parking, three companies, and a port that will enable you to get quickly to Finland. In the east there are four companies and a garage.

Due to its location, the access to two ports that enables you to travel to Germany and Finland (and further to Germany), the road layout and the number of available companies, it is a very good spot for a company garage. 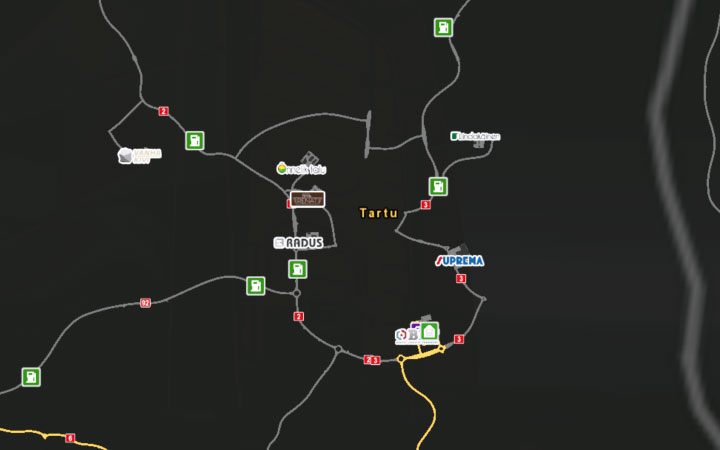 A map of Tartu.

This large city is located in the southeastern Estonia. The roads are leading here from a few directions, but they usually feature a single lane. A narrow ring road is located around the city. 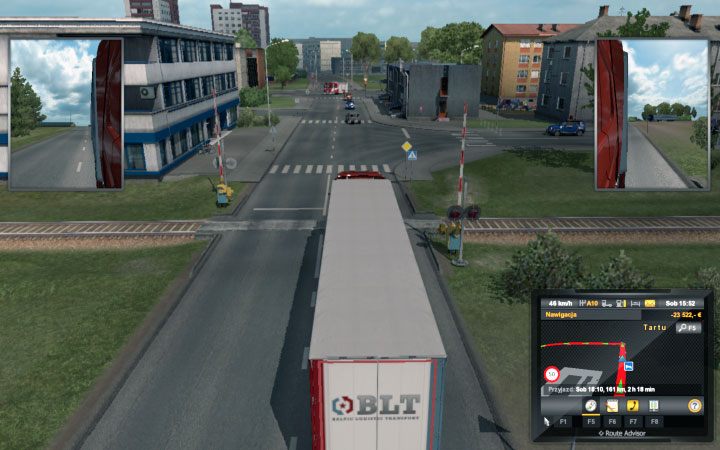 There are many companies (seven) and objects here, but they are scattered across the area. The city is also divided into two main parts. One is in the south and there you will find a garage, DAF truck dealer, workshop, parking, and one company. The other is in the west where you will find three companies. 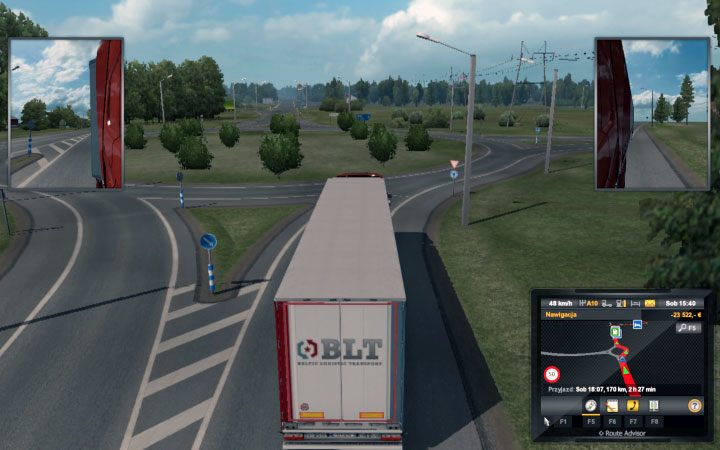 More companies can be found near the ring road. The ring road is narrow and filled with roundabouts. Two companies are in the east and one is far beyond the city to the west.