The Euro Truck Simulator 2 Beyond the Baltic Sea guide describes new countries and cities. Below is a description of Latvia and its famous cities. 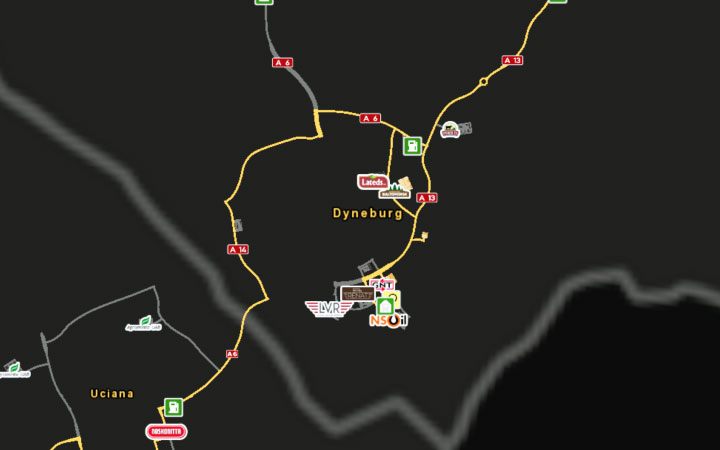 A map of Daugavpils.

A city in the southeastern edge of Latvia. It is located near the border with Lithuania (southwestern direction). From here you can also get to Riga (northwest) and Rezekne (northeast). The roads are of low category. 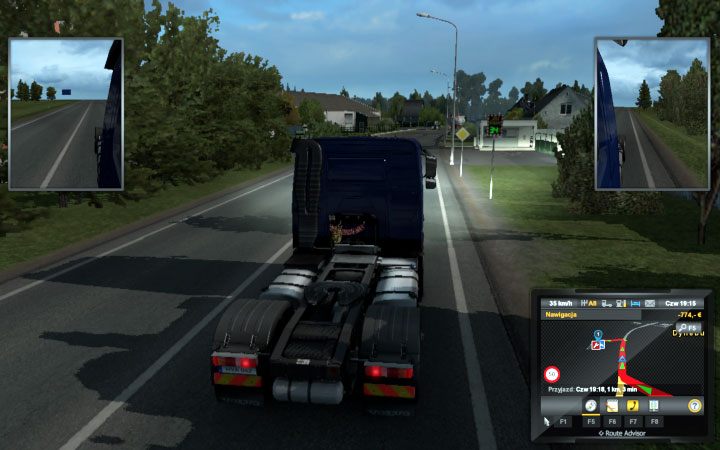 The city is cumulated in a single spot. At the entrance there is a signpost with information about the speed limit. Behind it there is a speed camera so slow down. 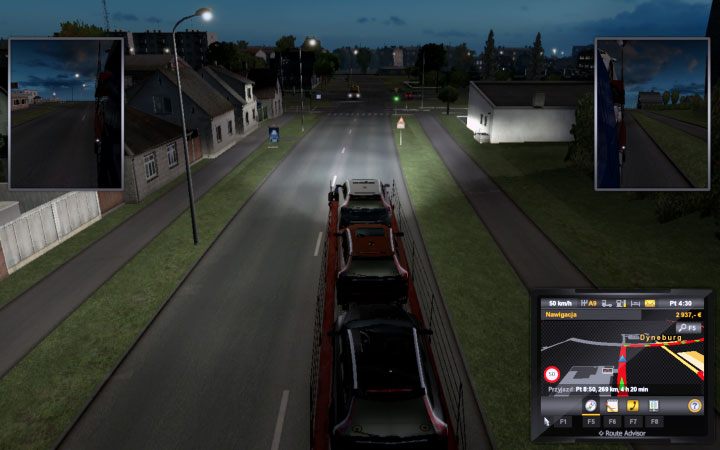 Next to a few narrow roads there are garage, job agency, and four companies. Nearby there is also a workshop with a parking. In the north there are three more companies. Moving through this city is comfortable. 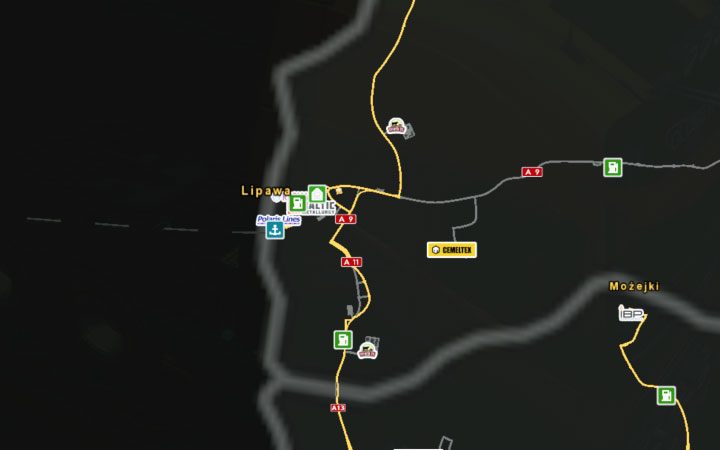 A map of Liepaja.

A city located in the west of Latvia, at the Baltic Sea. It is located near the main road that leads from Lithuania, from Klaipeda, to the north to Ventspils. You can also move to the east, towards Riga and further. 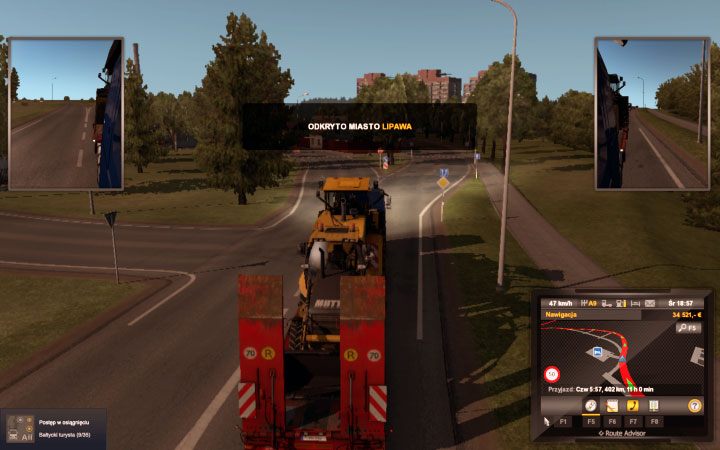 The city is small, but practical - everything is close. Here you will find garage, workshop, gas station, parking, port, and - in the center - three companies. In its area you will find more gas stations and three more companies. The entrance to the city from the southern side is unusual - the road splits into two one-lane roads - don't make the mistake of driving in the wrong direction! 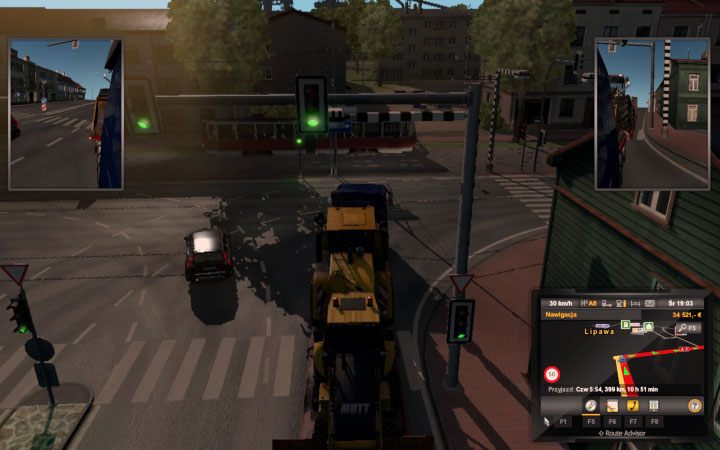 There are many intersections with signals here. Watch out for the trams as well. In the west of the city you will find a port that can be used to travel to Travemunde in Germany (next to Rostock). You won't find here any truck dealers or job agencies. It is a good location to buy a garage. 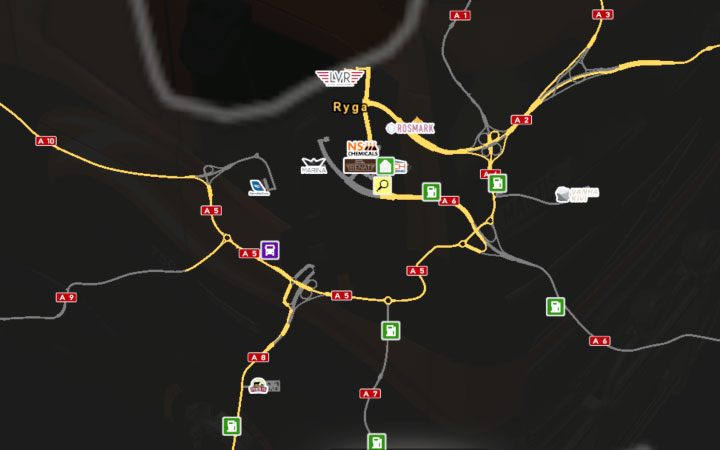 A map of Riga.

A city in the central part of Latvia, at the bay. From here there are roads in all directions - the city is well communicated with the West, East, and South. The quality of the roads varies, but majority of the roads feature a single lane. 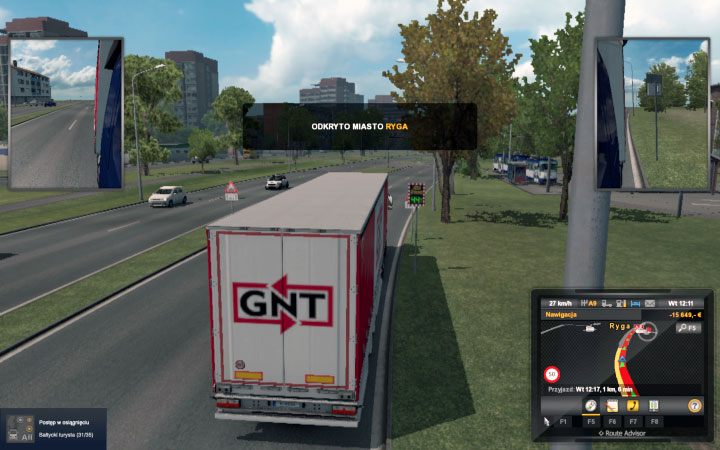 The city is vast and large. You can partially move through it by using a ring road, partially not. Watch out for speed limits - the streets are vast and the limits in the built-up areas are regular. Be wary of speed cameras. 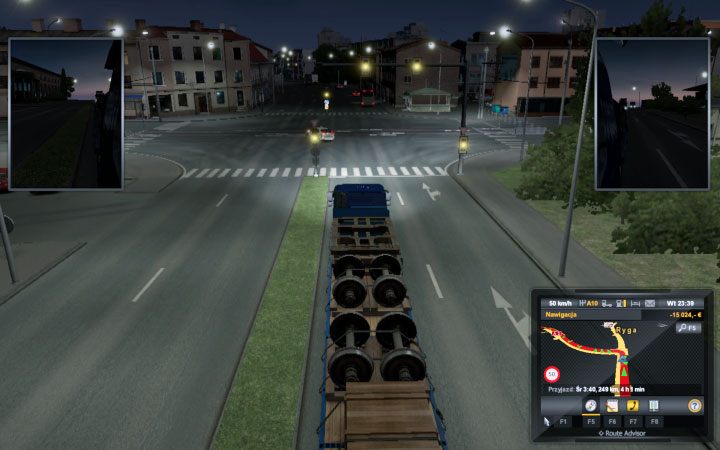 In the main part of the city there are garage, job agency, gas station, and six companies. In the city you will find many intersections with signals. Watch out for trams. Another company and a MAN truck dealer with a workshop can be found near the ring road. Three more are at the driveways in the south, east, and far to the west (so far that this company should be a part of Ventspils). The total number of companies is 10! The city is an interesting option for considering buying a garage. 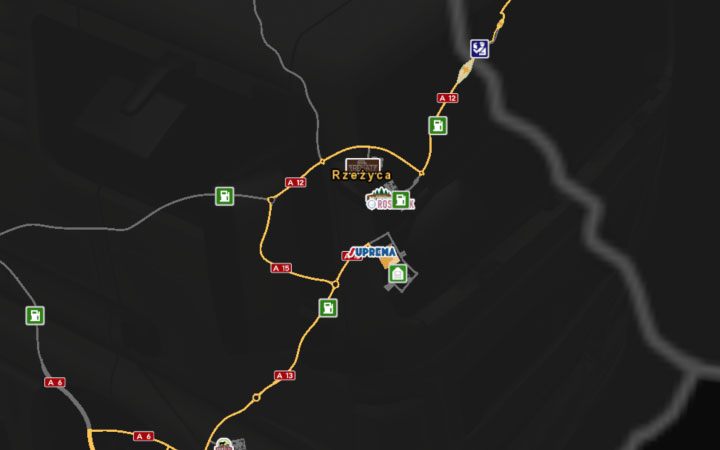 A map of Rezekne.

A city in the east of Latvia. It is located next to the main road that leads from Lithuania to Russia, very close to Daugavpils. The border with Russia is located just behind the northeastern border of the city. 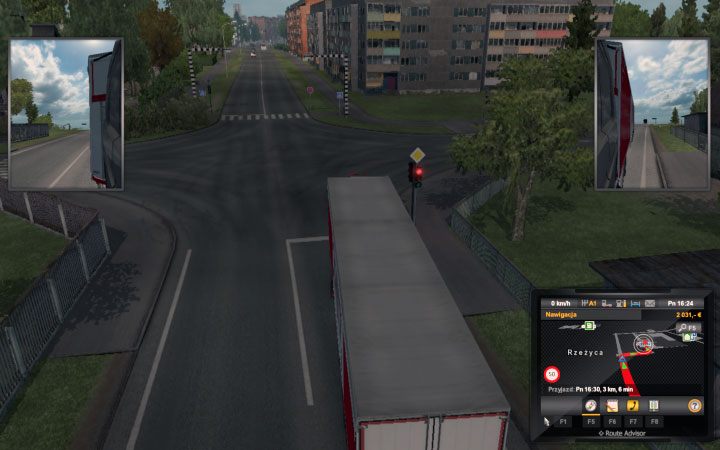 The city itself is rather small. There are a few narrow roads, a few buildings, a few intersections with signals. In the north there is the second part of the city, you can reach it by driving around and passing a few roundabouts. In the city and around it there are three gas stations, parking, garage that you can buy. No truck dealers here or a job agency. In the area there are only four transport companies. 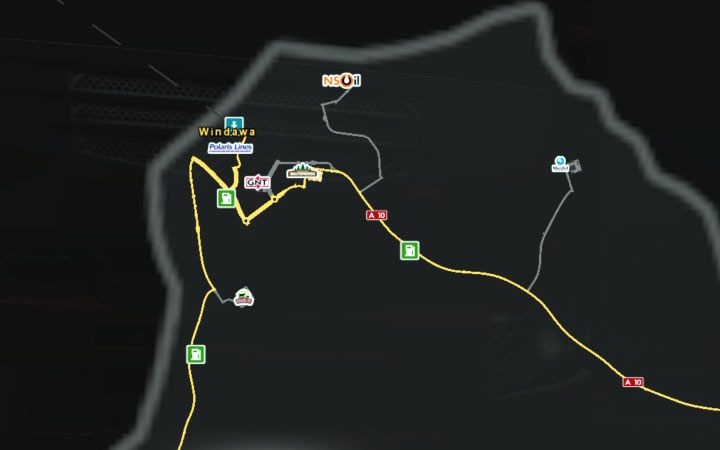 A map of Ventspils.

A small city located in the northwest of Latvia. You can get here by using the roads from south from Liepaja, and from east from Riga. 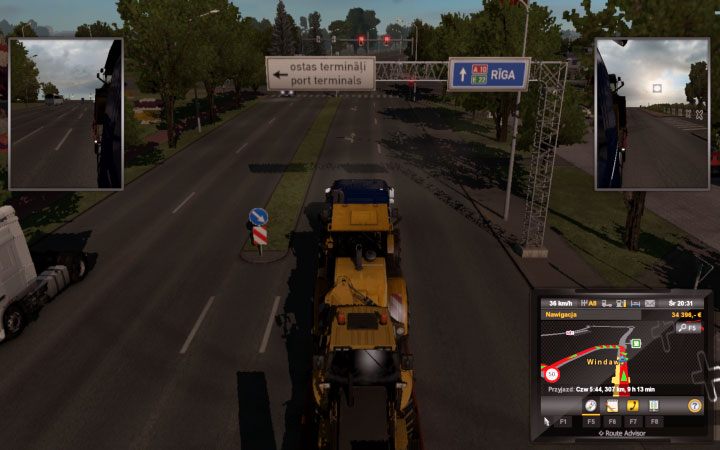 Although the city has an advanced road system (two-lane roads, roundabouts, intersections with signals), it features few objects. In the city you will find workshop, parking, gas station, and three companies. Outside the city there are two more companies - one in the south and one in the east. 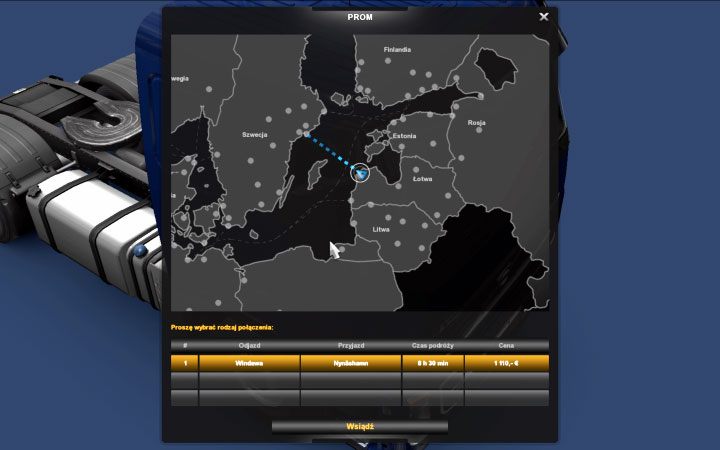 Port is a very important object. It enables you to quickly get to Sweden, to the city of Nynashamn near Stockholm. 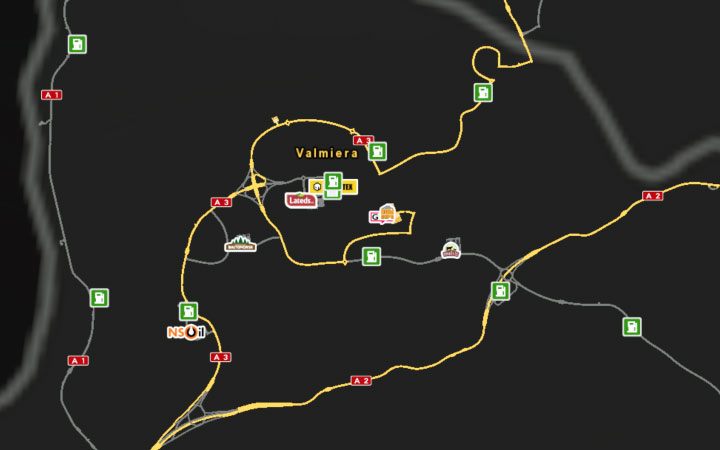 A map of Valmiera.

A large city located in the northern part of Latvia. You can get here from southwest from Riga, from north from Tartu (from Estonia), from east from Pskov (from Russia), from south from Rezekne. However, due to the quality and the layout of the roads, the city isn't comfortable for driving through. 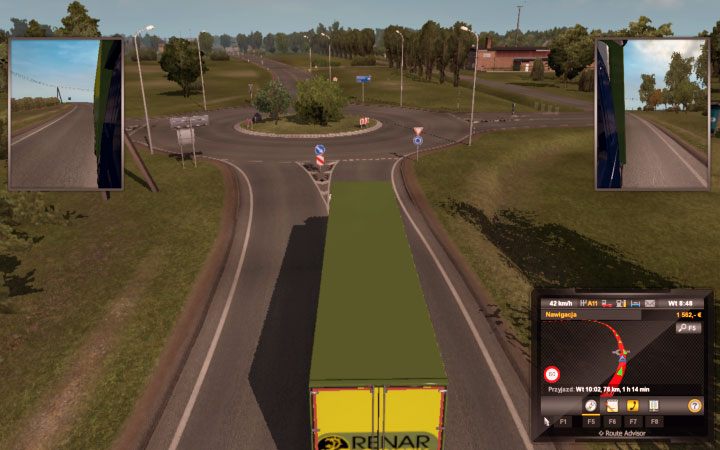 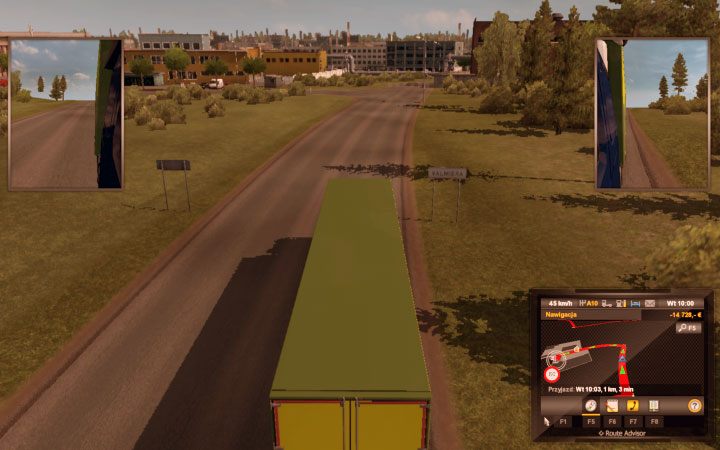 Outside the city there are four more companies - three in the east and one in the west.