Our guide to Euro Truck Simulator 2 Beyond the Baltic Sea contains tips for new terrains and roads. Check our characteristic of roads in Baltic Sea. 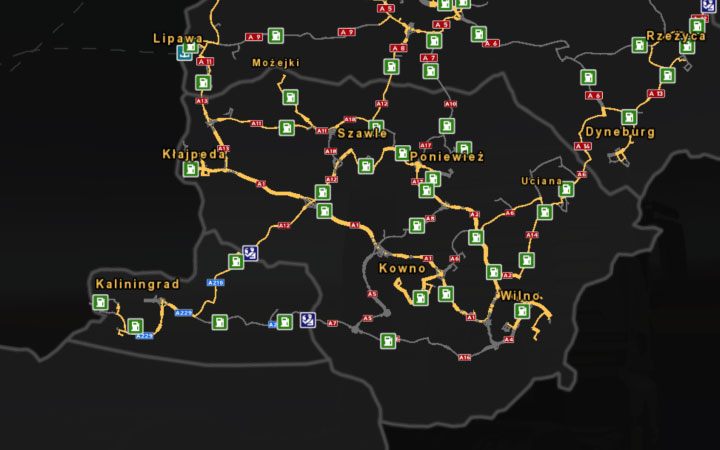 The developers implemented the whole Lithuania territory in the expansion pack. It features five large cities and two smaller ones. 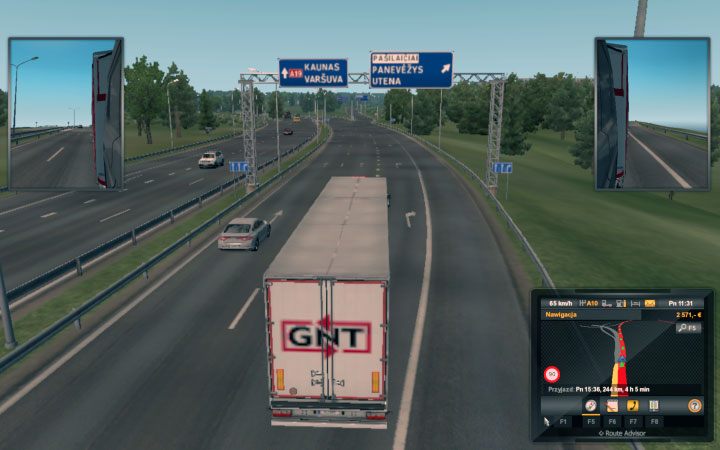 The number of highways in Lithuania isn't large, but when you do enter one, it's infrastructure is done as it should be. The main A1 road leads through the east-west line from Vilnius, through Kaunas to Klaipeda, then it turns north towards the border with Latvia. 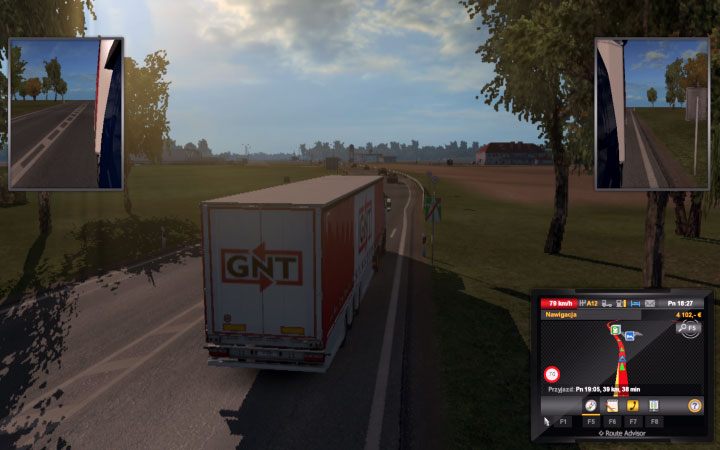 The majority of roads in the country are narrow - the more to the north, the more of them. Highways can end quite unexpectedly. Obviously, it is harder to overtake other cars on single-lane roads. 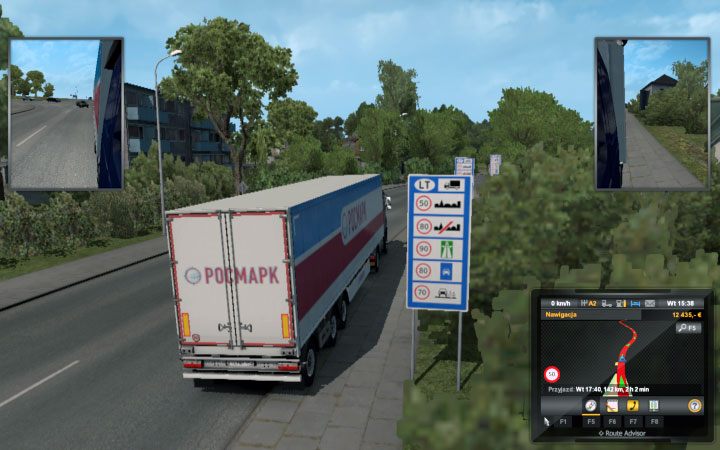 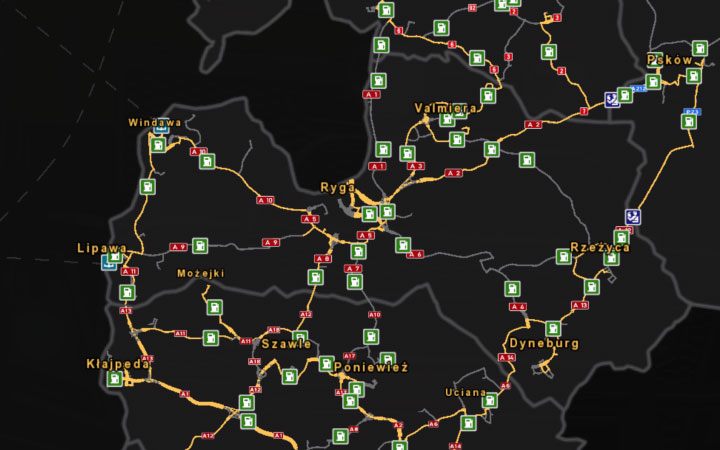 The game features the whole territory of Latvia. It consists of five large cities and one smaller city. 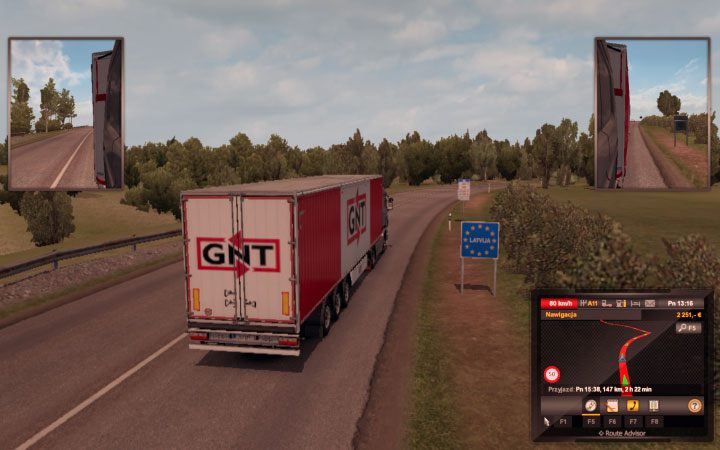 The speed limit in built-up areas in Latvia is 50 km/h. Outside these areas and on highways, the limit is 80 km/h. You must watch yourself and use the cruise control. 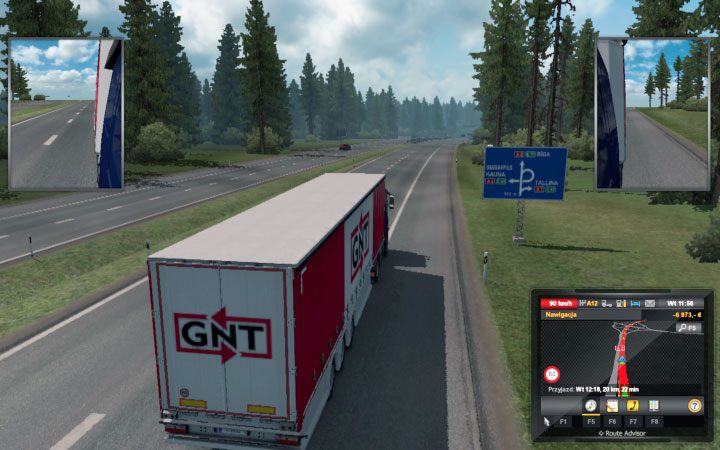 There aren't many high-speed wide roads here. One is A2 path that leads from east to Riga 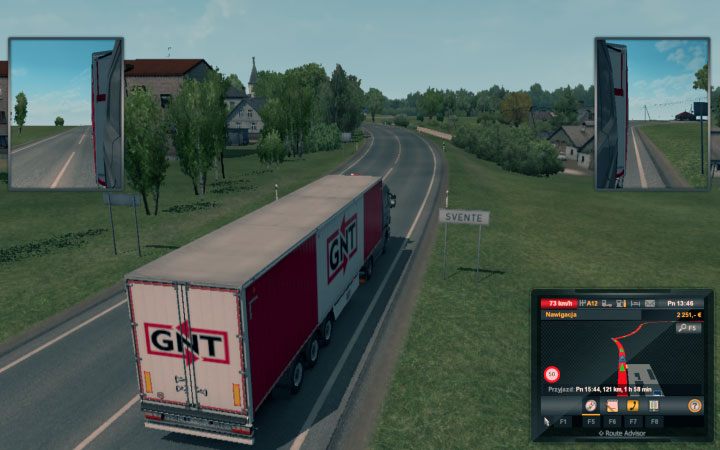 Frequently you will encounter villages and small cities on regular roads. The white signpost with the name means also a speed limit to 50 km/h. 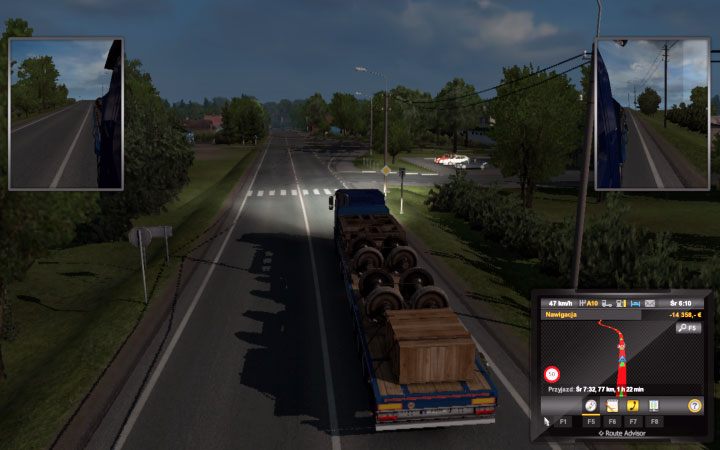 Sometimes there is a speed camera behind it. You should slow down so that you avoid an expensive ticket. 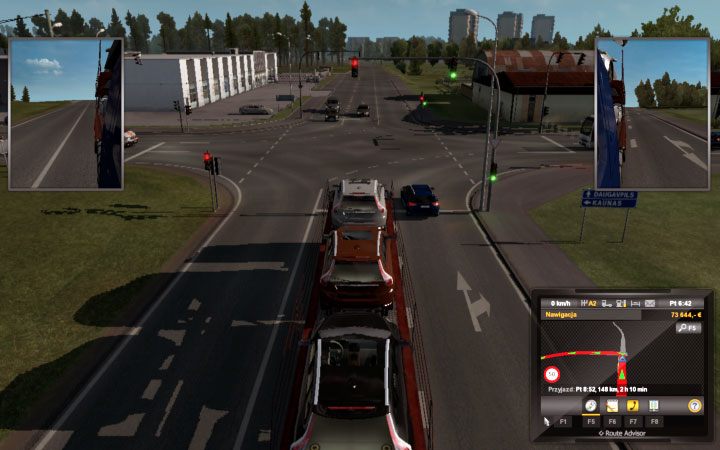 You should notice the signals at crossroads. On some of them the cycles are split - there is a separate signal for turning left and a separate one for turning right and riding forward. You must watch out so that you don't receive a ticket. 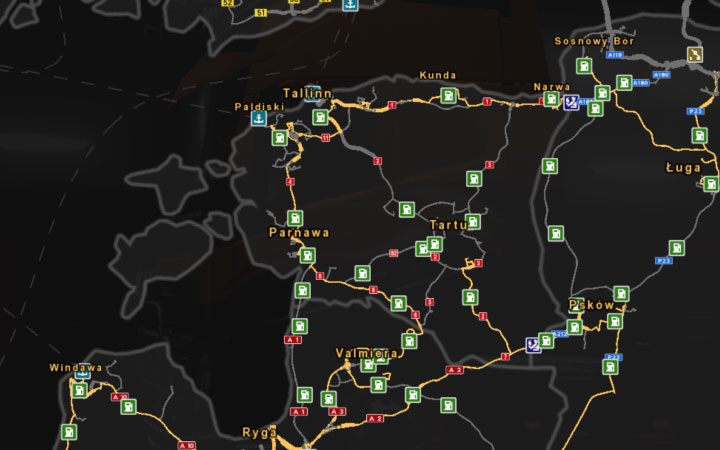 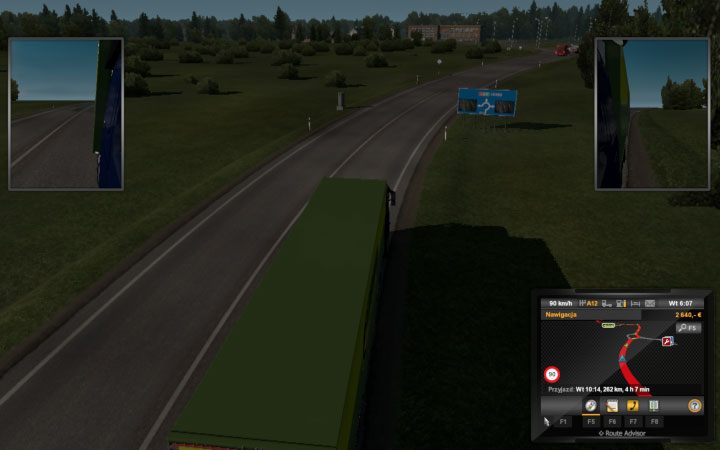 There aren't many high-speed roads here. The majority of roads are narrow single-lane roads. There are frequent speed limitations on them. 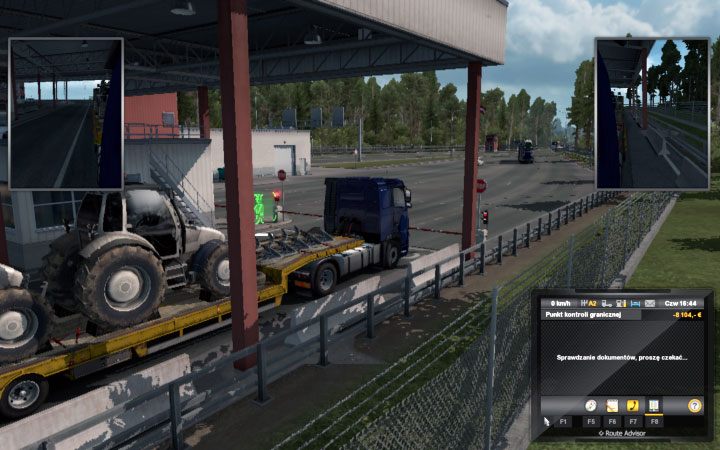 There are two ports on the northwest. On the east you can pass the border to Russia in two places. 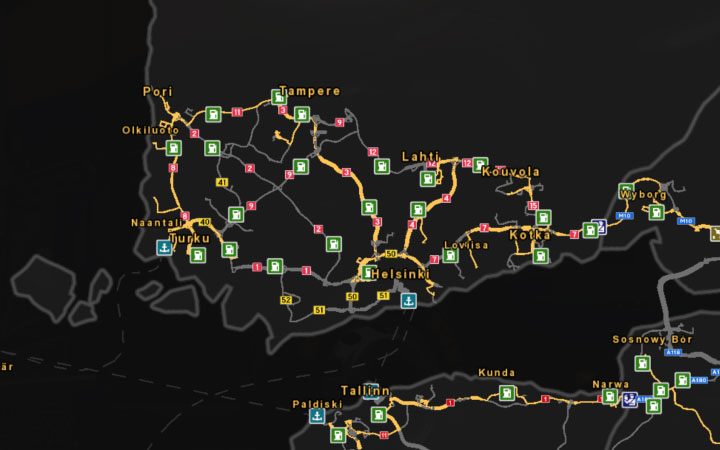 The Beyond the Baltic Sea expansion pack recreates the southern part of Finland. It is a quite large area. It features seven large cities and three smaller ones. It features a speed limit to 80 km/h outside the built-up area and the regular 50 km/h limitation in a built-up area. 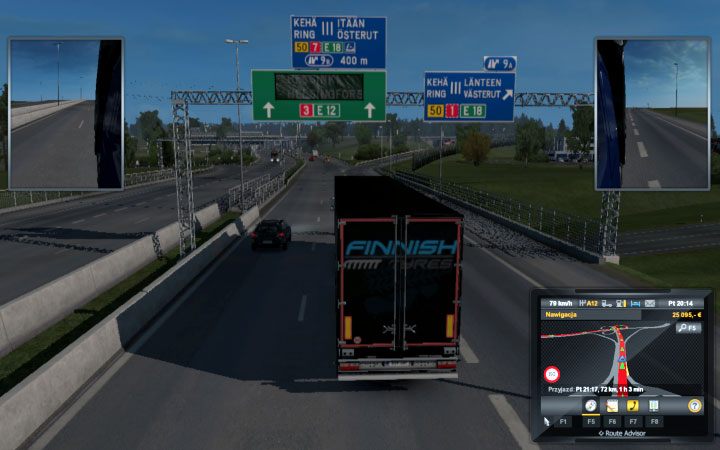 The highway system and wide, two-lane tracks are frequent here. The road system is more advanced out of all countries in Beyond the Baltic Sea. Helsinki city has a large bypass road and the connections between other cities are quite comfortable. Thanks to that many tracks can be completed quite fast. While traveling through them you can encounter large bridges and tunnels. 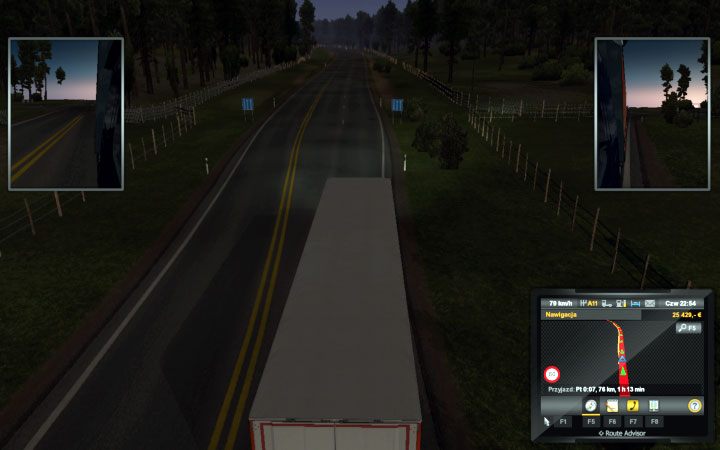 Single-lane roads are interesting in Finland. Both sides alternately feature additional lanes for overtaking. First the road has a 2+1 setting and after a few hundred meters it turns into a 1+2 road. It makes overtaking slower vehicles possible. 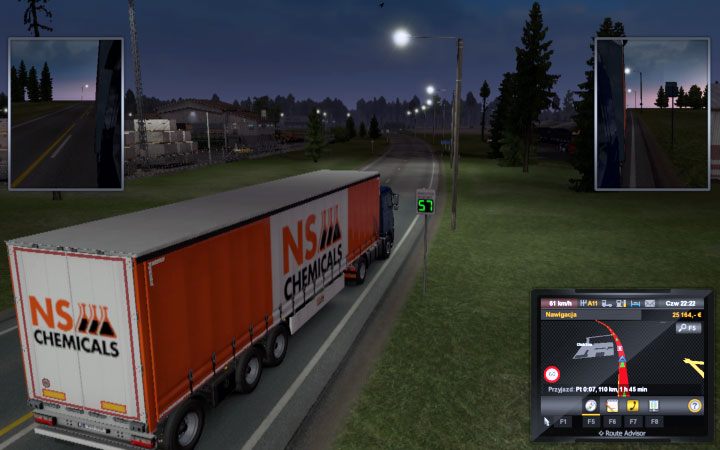 You must watch out for speed cameras while entering some cities. Keep attention to your speed. 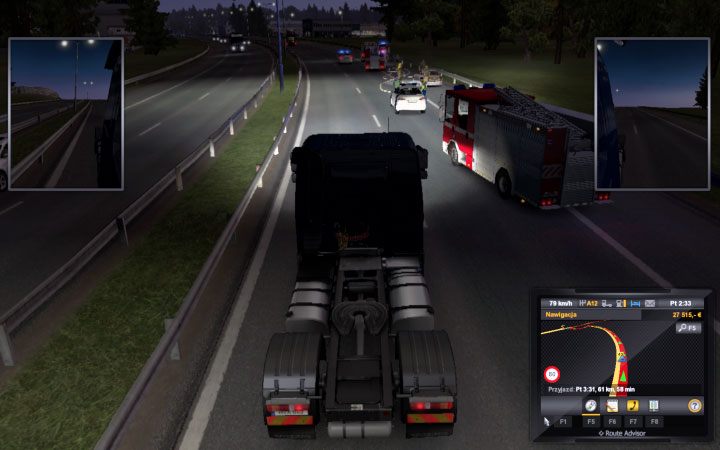 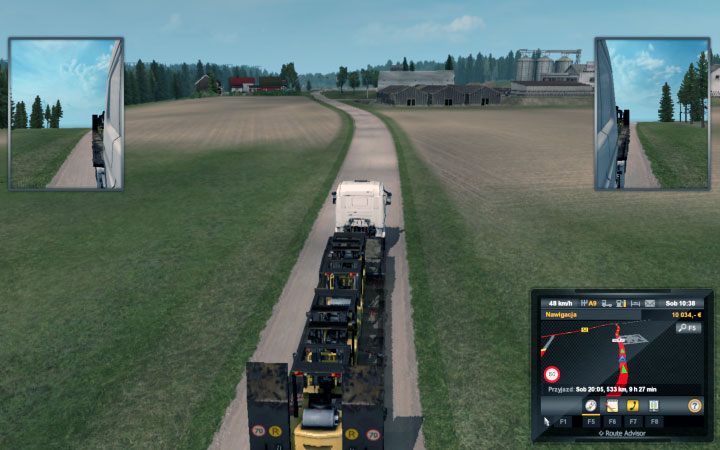 You can also encounter dirt roads. Vehicle's adhesion is much worse on such roads and it is easier to get blocked if you have a weak vehicle and large cargo. 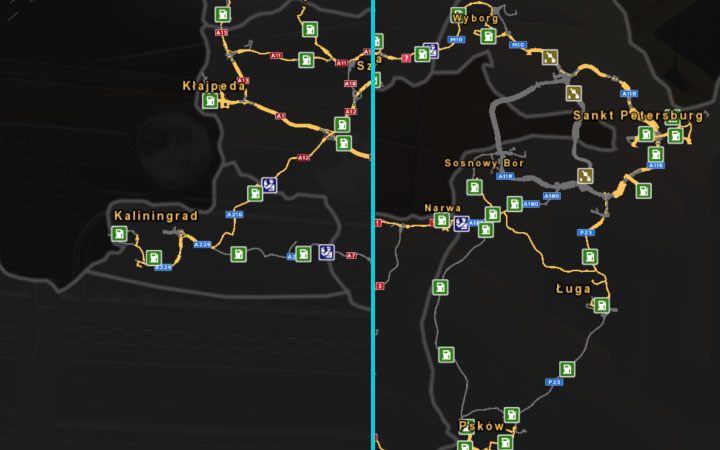 The available area in Russia features Kaliningrad Oblast and the western part of the country. It features four large cities and two smaller ones. In Russia, there is a 60 km/h speed limit in built-up area - it's a bit less limitation than the regular 50 in the rest of Europe. However, outside the cities the speed limit is 70 km/h. On highways you can drive with the speed of 90 km/h. 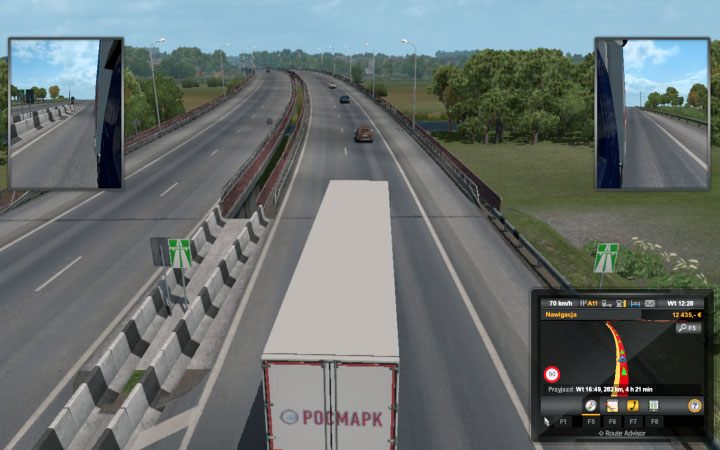 There aren't many highways in Russia. One part is in Kaliningrad Oblast and it leads to Kaliningrad. Many similar roads can be also found around Saint Petersburg. 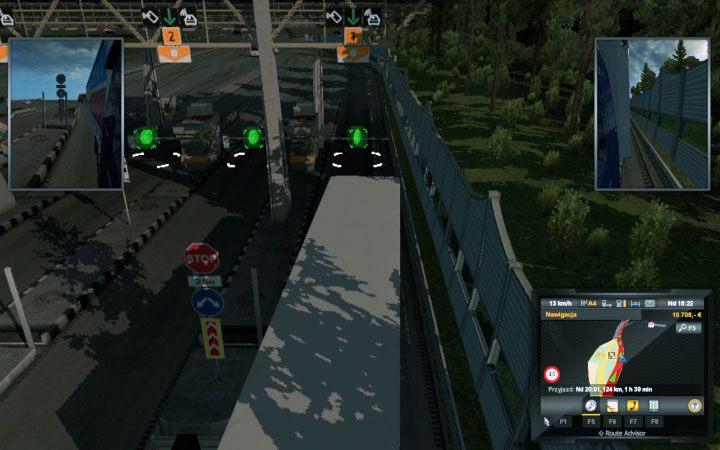 You must pay to use the highway near Saint Petersburg. It doesn't cost much, but you must stop at the gates to pay - and that takes time. 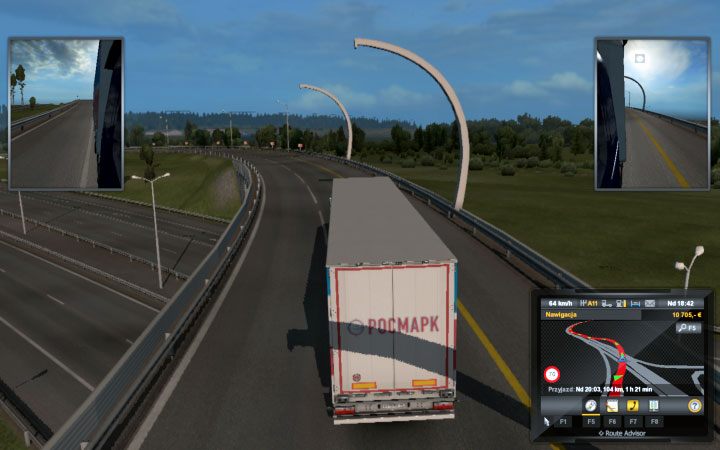 The road system around the city is very advanced. The highway can feature three or even four lanes, overpasses, viaducts etc. They are very enjoyable to drive through. It is a pity that there aren't many of them. 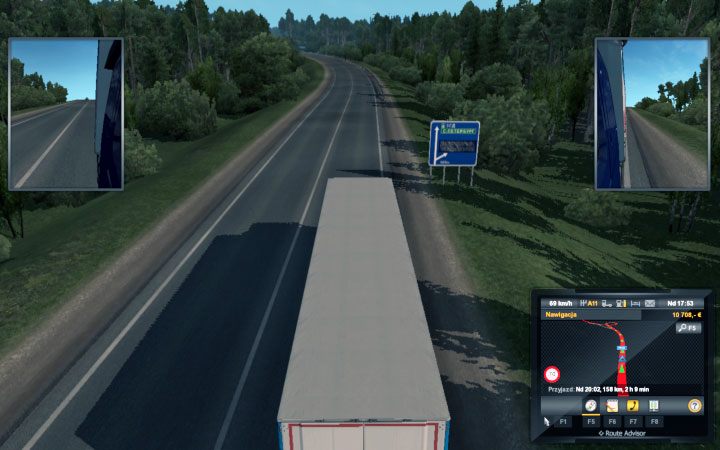 In the remaining areas (both in Russia and in the Kaliningrad Oblast) the majority of roads are narrow. Usually they lead through cities with speed limits. 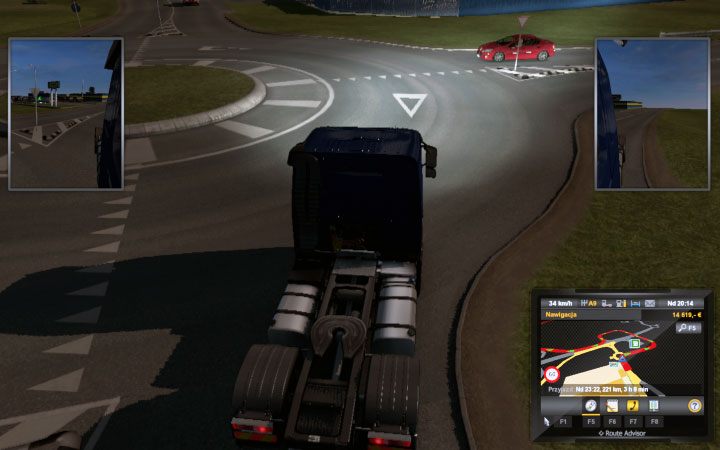