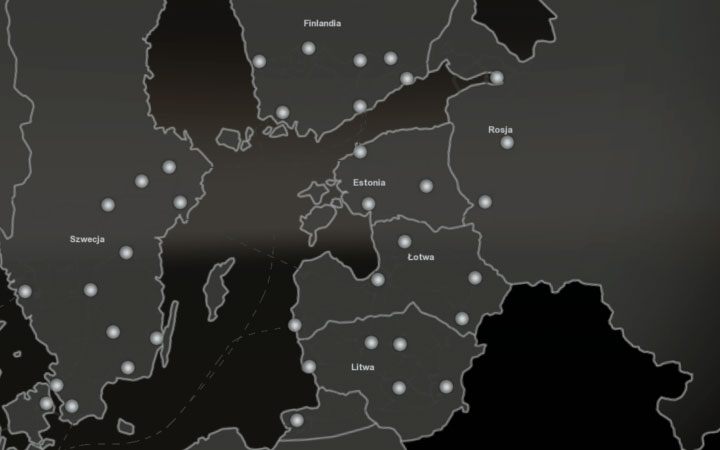 The map presents cities in which you can place your company.

New terrains in Beyond the Baltic Sea

The expansion pack introduces five new countries, twenty-four large cities and a few smaller cities. You can place your company in one of the larger cities.

The game introduces the whole Lithuania, Latvia, and Estonia, the southern Finland, and the western part of Russia (the areas around the Saint Petersburg and the Kaliningrad).

New territories include: southern part of Finland, the whole area of Lithuania, Latvia, and Estonia, and the western part of Russia (including Kaliningrad).

The list of cities was supplemented with following new places:

While driving through new areas, take advantage of new possibilities but also notice the limitations.