Gameplay on serves is has different rules. Some of the elements from the standard game are absent and got replaced with new ones. These changes are described below. 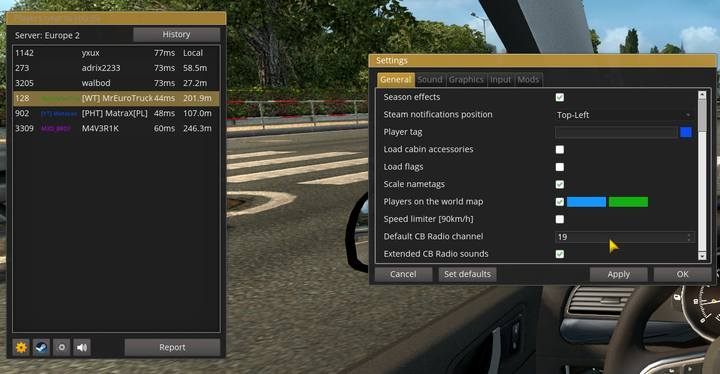 CB Radio channels can be changed in the online settings

Online map - you can check routes and cities, traffic or find specific players even when you are outside the game

Multiplayer has special regulations that should increase safety on roads and improve the overall gameplay. Read it to avoid any future problems (usually, you only get disconnected from a server but in rare cases you can get a temporary or even a permanent ban).

Actions that can get you banned:

Actions that can get you disconnected from a server: 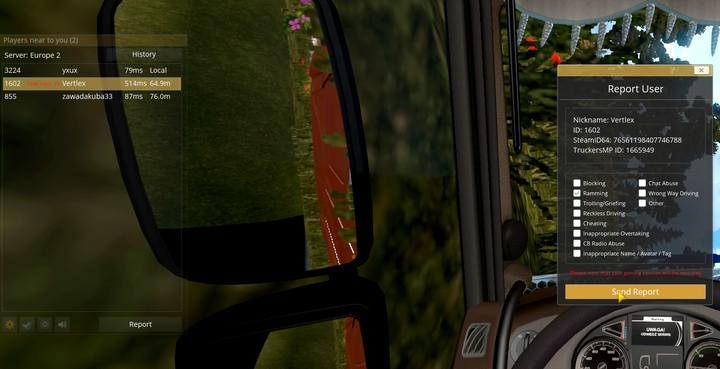 The main reason for searching for "harmful" players is to report them. In order to report a player, you have to find their login and press "Send Report" button. After that you will have to give your reason. Admins watch replays carefully and then they decide how to deal with a particular player. However, not all reports are taken into consideration or it can take a lot of time for them to do something - remember to not report one player a few times in a row (this is against the regulations). If you don't see a person that you wanted to report (e.g. this player disappeared from your view), you can click on "History" button and check all players you saw recently.