Escape from Tarkov doesn't only have the standard health bar. In addition, the developers have created a special health and damage system, where each damaged body part has a different effect on the gameplay. There are also several effects that have a negative impact on the hero. Read this page to learn how injured limbs affect the game, and check the negative effects and ways to treat them with medkits.

Impact of injured body parts on the gameplay 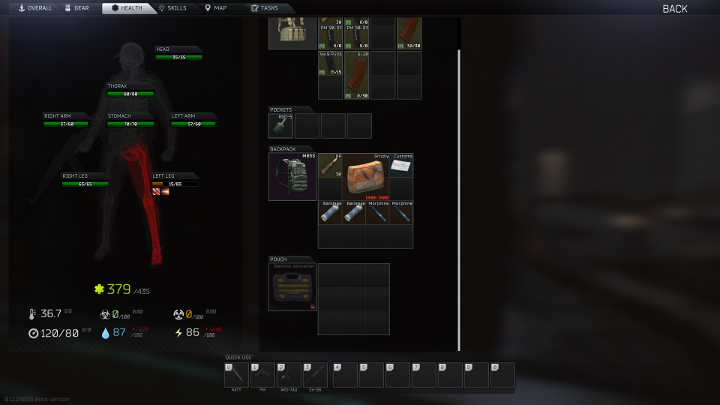 Each body part can be damaged - by getting shot or falling from a height. Damaged body parts affect your character - you may have problems with moving or aiming. Limbs can be broken or completely destroyed (this happens when the durability of a given body part drops to zero). The effect of a given limb on the gameplay can be found in the table below. 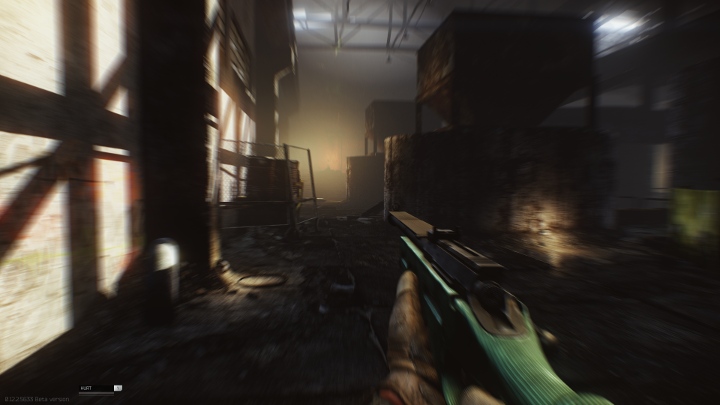 One of the effects caused by received damage is a blurry image.

Fractured and Destroyed body parts aren't the only damage effects in Escape from Tarkov. Your character may bleed or feel pain, which greatly complicates the gameplay. The following table has the names of negative effects, their effect on the character, and the duration. 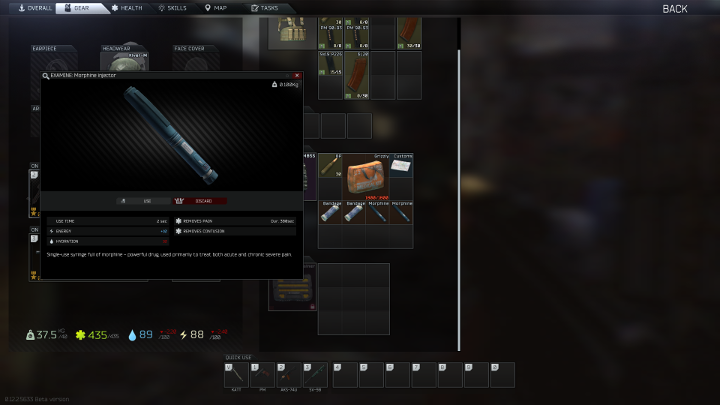 Medications will help you reduce the negative damage effects.

The effects listed above can be healed with medications - that is why it is extremely important to always have a stock of healing items during a raid. The following table shows all available medications, as well as their effect and usage time (animation length).