How to get started in Escape from Tarkov? This question is asked by many players that begin their adventure with this title. On this page of our guide you will learn four quick steps that should be taken during the first hours of the gameplay. This will help you familiarize with all necessary game features. Also, you will avoid the frustration associated with losing equipment during online raid.

Before you check the following steps, we recommend to take a look at another page of our guide - "Beginner Tips", where you will find a description of the basic features of Escape from Tarkov. 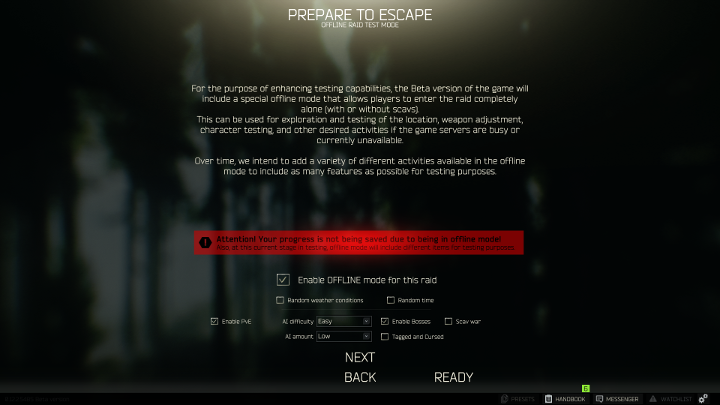 Offline training should be your first step in Escape from Tarkov.

Training with boots in offline mode is the basic step required to understand essential gameplay mechanics of Escape from Tarkov. It makes no sense to start playing online with other players right away. Lack of experience will result in frequent death and loss of all equipment (you can lose all items if you die during a raid). Instead, play offline with bots - you can't lose anything if you die in offline mode. Of course, you can't obtain items found on the map during offline mode - skill is more important things than collecting loot. You have to learn how to move around the map, shoot accurately, or learn about the extraction points mechanics. At first it's worth checking all available maps, but then it's good to focus on learning one map in detail.

HOW TO PLAY WITH BOTS?

You'll find more information about this feature on another page of our guide - "How to play in offline mode?". 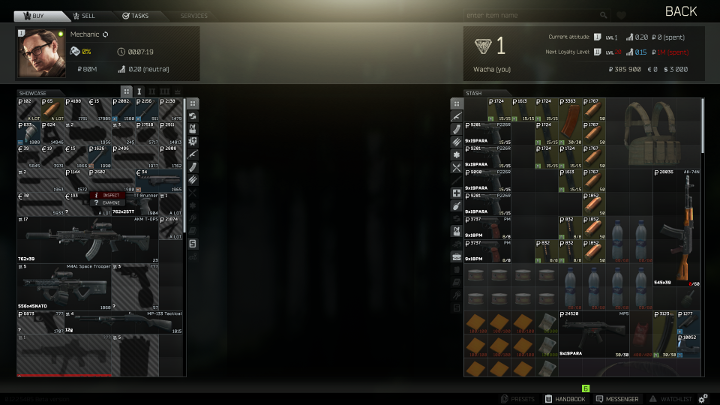 Some of the items offered by traders will be unavailable, but you can quickly unlock them.

After a few raids with boots, it's worth to visit some traders in Escape from Tarkov - they sell ammo, weapons, med-kits, and many other items. At the beginning, most of the equipment offered by traders will be marked in black, but it does not mean that you don't have any access to these items. Items offered by traders have to be unlocked first - click the right mouse button on the item marked in black and then select the "Inspect" option. This way, you'll unlock a lot of items that are not available in the beginning of the game. One of the most useful items are maps that can be purchased from a trader named Therapist. 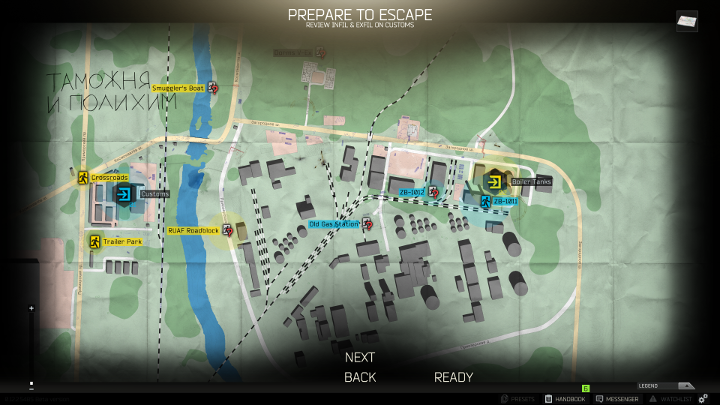 The Custom Map is the most beginner-friendly.

The Customs map in Escape from Tarkov is considered to be the most beginner-friendly. The balance of the map will allow you to fight in buildings as well as over longer distances, and most quests commissioned by traders can be completed on this map. Play on the Customs map at the beginning of the game. Know all the hiding places, escape points or item locations - this knowledge will definitely bring you closer to victory in online mode. 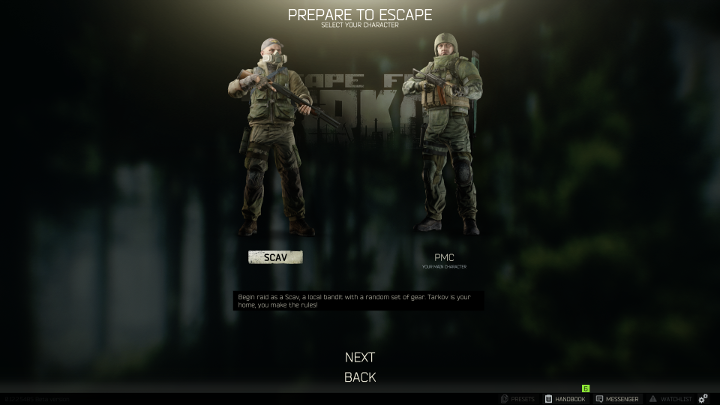 SCAV allows you to experience the online gameplay without worrying about losing your equipment.

It's time to start playing online - you have to choose between a SCAV and PMC character. The PMC character is your individual hero with equipment that you have selected before. In turn, if you start the game as a SCAV character you will enter the game with basic and random equipment. This solution has a great advantage - you can't loose any items if your die. Real players behave differently in comparison to bots, so the first online raid should be played as a SCAV character. This way you can try out the online gameplay without worrying about losing your equipment.

If you feel strong enough, you can start the game as a PMC after your first successful game as SCAV. Otherwise, play more raids as SCAV. However, remember that if you die as a SCAV you will have a cooldown penalty - you can respawn or join another raid after 20 minutes.

Playing as a SCAV is also one of the ways to make money in Escape from Tarkov. If you manage to escape from the map, you will keep all the items you have previously acquired. On the other hand - if you die, you won't lose anything. This way you can acquire equipment and develop your PMC character.

Before starting the online gameplay in Escape from Tarkov, it's worth having a look at the next page of our guide - "10 best starting tips".