With Medkit in your inventory, not every serious injury will result in death. Your soldier will fall to the ground often, and you will have a few seconds to use the previously mentioned item. On this page of the Enlisted guide, you will learn what to do when you're bleeding. 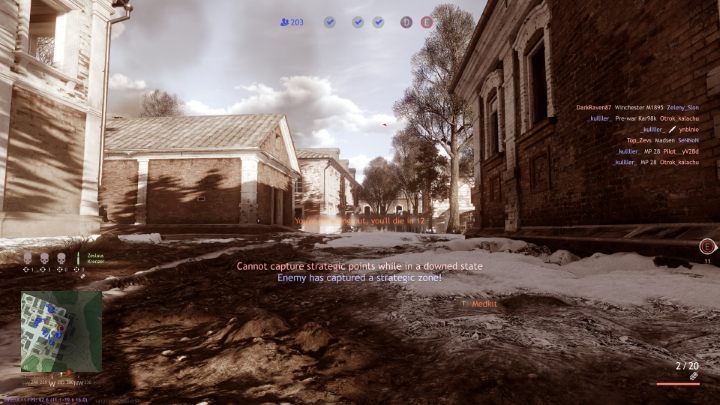 If a soldier is bleeding, Medkit will save them from death, but using it right after the injury isn't always the best solution.

The picture above shows a situation your soldier is bleeding, and you have a few seconds to save him (with the Medkit). Players often immediately begin to stop the bleeding, but this does not always keep the soldier alive. The enemy has just shot you, so you're probably still visible to them. If you are exposed to further fire, do not use Medkit -switch to another soldier and try to eliminate the enemy first. Otherwise, you may be killed when stopping the bleeding or just after it. Remember, however, that you only have a few seconds - you have to find the enemy as soon as possible and make the area safe to start treatment. Of course, in some situations, you do not have the opportunity to switch to another soldier, or finding an enemy is very difficult - then it is better to take a risk and try to use Medkit, despite the unfavorable conditions.