Controlling tanks in Enlisted may prove a bit difficult for novice players. The information on this guide page will help you learn how to use tanks and achieve better results in battles. We describe how to control the tank on each platform (PC, PS5 and Xbox Series X / Xbox Series S), the basics of controlling this vehicle and how to effectively use it against infantry and other tanks. 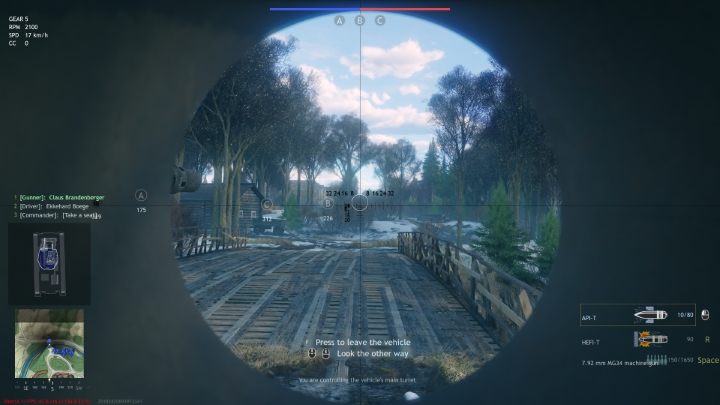 Each tank has two firing modes.

The tank controls in Enlisted are slightly more difficult than in most other games of this genre. The following information will help you understand how these vehicles work: 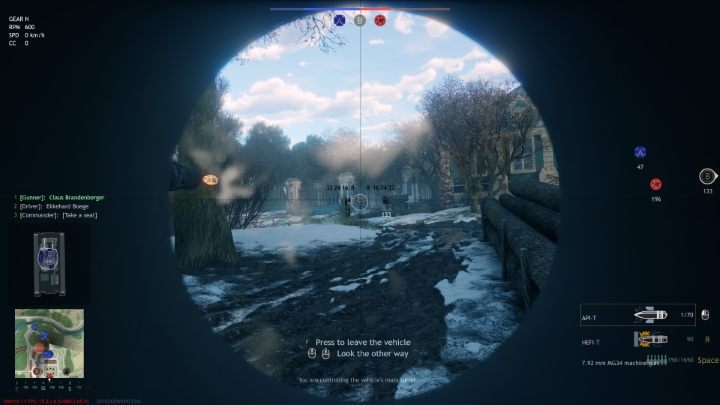 When faced against infantry, the turret works best.

The most efficient tool against infantry is the tank's turret. It's ideal for eliminating enemy soldiers thanks to its high rate of fire and not having to reload the gun after each shot. The main shots are better against other tanks, although area ammunition can be useful against enemies hiding in buildings. Remember that infantry can also destroy your tank using explosives and grenades. Keep moving and watch out for potential explosives or grenades being thrown under the tank - these are indicated by a special icon on the screen. 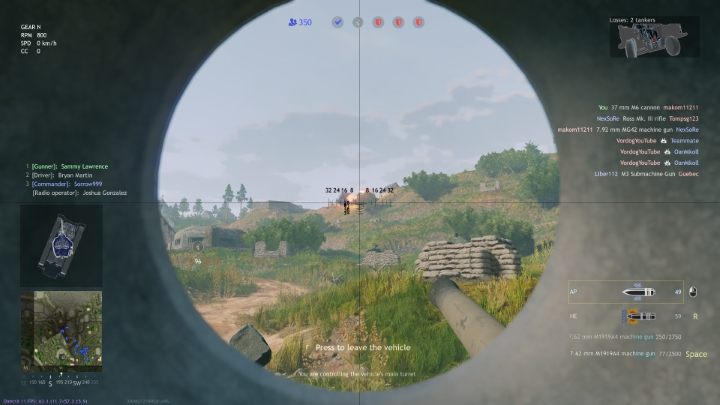 The green crosshair color indicates that your shot will have a high chance to penetrate the enemy tank's armor.

The most important rule when fighting another tank is to pay attention to the color of the crosshair. When the crosshair is green, it means that you have a high chance of penetrating the enemy tank's armor and thus deal significant damage. In some cases, one shot is enough to kill the entire enemy tank crew. In turn, the yellow crosshair indicates that your chances to penetrate the enemy's armor are average, while the red one indicates low chances. Of course, your vehicle's armor can also be penetrated. During combat, always remember to constantly change positions and avoid turning the front of the tank to the enemy - the front of the vehicle is the most vulnerable to penetration.