Enlisted is divided into campaigns, which include not only different maps but separate development for soldiers, squads, and weapon upgrades. Because of this, new players may feel lost in the system created by the developers. This guide page provides the most important information about campaigns. 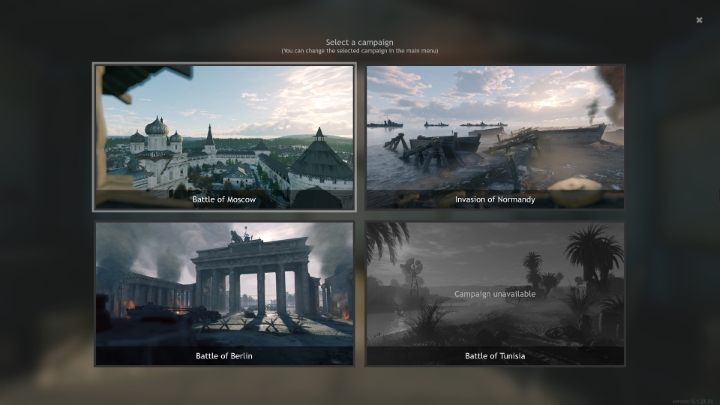 The most important information on campaigns in Enlisted are listed on following points:

Key information - each campaign has its own progress system. That means that unlocking a squad in the Battle of Moscow campaign doesn't mean you can use that squad in the Invasion of Normandy campaign. You need to develop each campaign separately because items earned in one campaign are not available in the others. Moreover, this also applies to the sides of the conflict. Squads unlocked for the Allies can't be used for the Axis, even in the same campaign.