A skillful use of tanks and aircraft in Enlisted can give you a huge advantage on the battlefield. Therefore, it's worth knowing how to get the access to these powerful machines. On this guide page, you will learn how to unlock the tanks and planes. 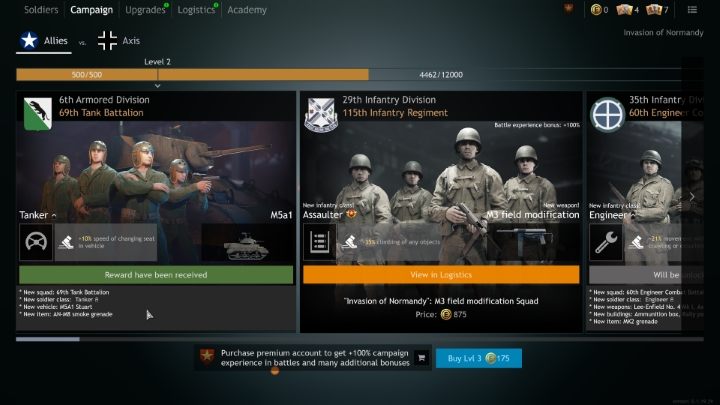 The information on when you will get a given squad can be found in the Campaign tab.

Unlocking the tanks and planes looks identical to unlocking every other squad. Tanks and planes are included in the squads, so you need to get the right campaign level to unlock them. For example - you will get the access to the first tank on the Allies side in the Invasion of Normandy campaign already on the second level. The level required to unlock a squad with a tank or plane can be found in the campaign preview.

Want to know more about discovering new squads in Enlisted? See the section New squads - how to unlock and add them to the battle? in our guide.