You can expand your squads in Enlisted with more soldiers, which often means that you are more capable during a battle. Expanding the squads involves increasing the maximum number of soldiers, as well as buying new ones. We have described both aspects on this page of the guide.

How to increase the maximum squad size? 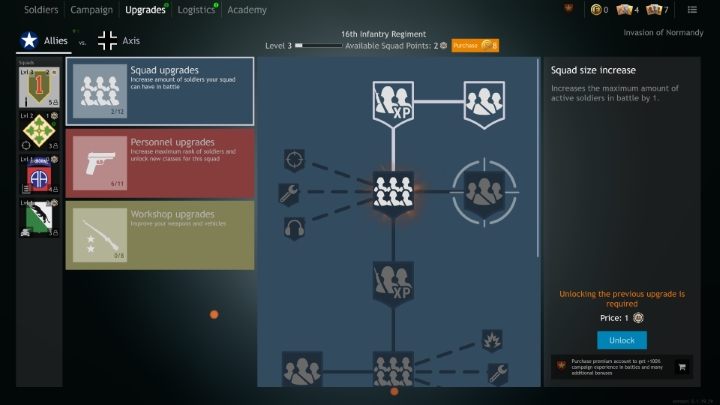 You can upgrade each squad with Squad Points.

To add new soldiers to the squad, you must first increase its maximum capacity. To do this, go to the Upgrades tab and select the squad you want to expand. Then go to Squad upgrades - this is where you'll find the upgrades that increase the maximum squad size. This applies to the overall number, as well as the number of specific soldier specializations (e.g. snipers or engineers). You can buy the upgrades with Squad Points - you get these points when you reach subsequent squad levels. The squad levels are obtained by playing with a given squad and having that squad's soldiers kill the enemies. You can also buy points by using the premium currency.

Keep in mind that upgrades only apply to the selected squad, not to all of them. You have to develop and upgade each squad separately.

How to get new soldiers? 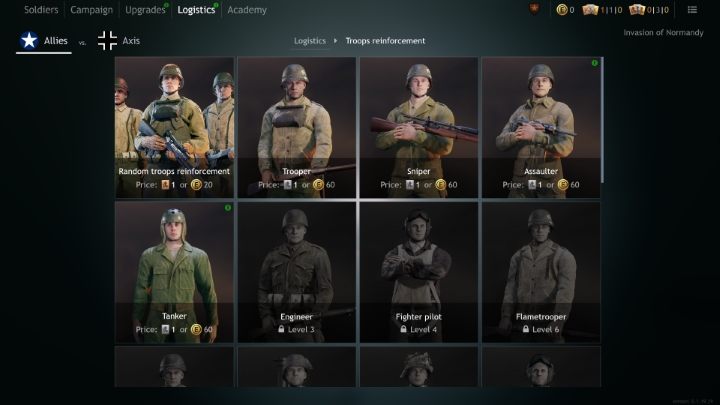 You can buy new soldiers in the Logistics tab.

Increasing the maximum squad size is not all. Now you need to buy a new soldier in the Logistics tab. To do this, you will need the Order for troops points - you will get them by performing tasks available in the main menu. These tasks are closely tied with a regular game (e.g. killing a certain number of enemies), so you shouldn't have any problems with doing them. 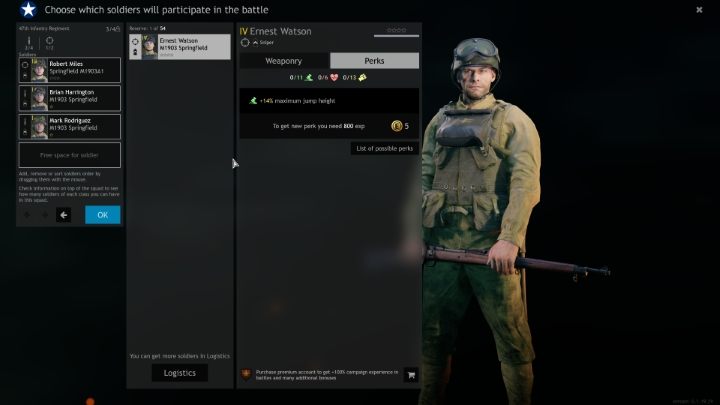 One soldier can be assigned to one squad.

Now go back to the Soldiers tab and manage your squad. This will open a new window where you can assign the new soldier to a selected squad. Remember, one soldier can only be assigned to one squad. If you want to expand another squad, you have to buy more soldiers.