The name (At least in case of the GDF class) speaks for itself - player choosing this class is responsible for healing (or supporting with Stroyent) his teammates. His weapon list is short - there are only two guns, from which one of them is quite useless. Medic/technician is a guy who stays behind the main force and gets into the action when somebody gets seriously injured. However, player with this class can be a tremendous enemy in a firefight, as he can heal himself. His unique abilities should be in use as often as possible.

Only GDF medic carries first-aid kits. The amount of kits possible to use at a moment is represented with a bar, which slowly loads up, letting the medic to drop more and more bags with medicines. A teammate gets healed when he touches a first-aid kit (so he must for example step on it).

Only Strogg technician carries Stroyent cells. It is a mixture, which can be not only turned into health points, but it also may be used as an ammunition. So, if you're running out of ammo, you can sacrifice some of you HP in order to reload your gun. But when you get low on health, you may (paradoxically) use your ammo to keep you on your feet. The amount of Stroyent cells possible to use at a moment is represented with a bar, just like in case of GDF first-aid kits.

Owned by GDF medics. When one of your teammates loses all his health points and falls to the ground, you may run to him with shock paddles and give him electroshocks. He'll immediately stand up, but his HP won't be fully restored (this can be done only when a level 4 medic revives someone).

Owned by Strogg technicians. It saves teammates just like GDF defibrillator, but is takes definitely more, more time to revive a fallen friend (about 2-3 seconds). Beside it, the tool has also one another function. It is the possibility of creating spawn hosts. If you find a dead enemy, you can use your Stroyent tool on him in order to establish a place, which can be used as a spawn point for only one soldier. It can be seen on the picture below. However, spawn hosts can be destroyed by GDF medics armed with defibrillators. 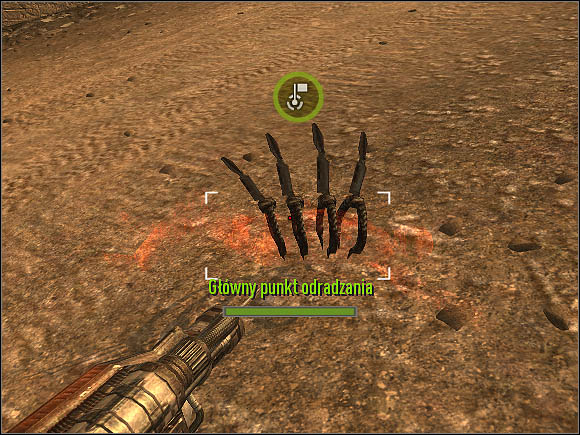 GDF medic can call an airdrop of an ammo & medicine crate. In order to do so, simply drop the marker to an open area and wait for the crate. It can be used by every teammates, and it can be destroyed even with the use of firearms.