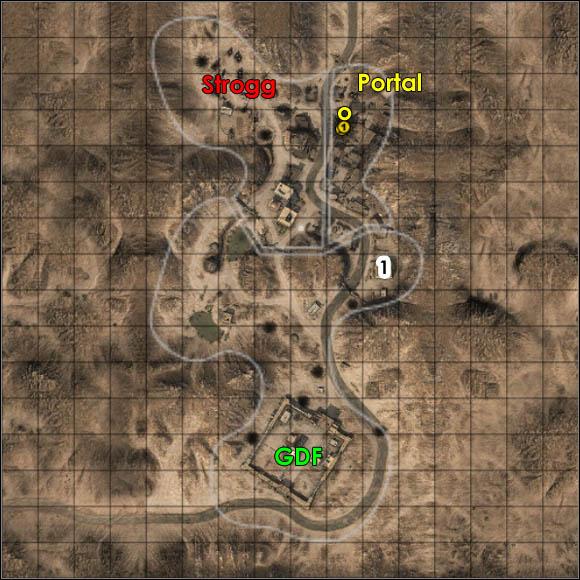 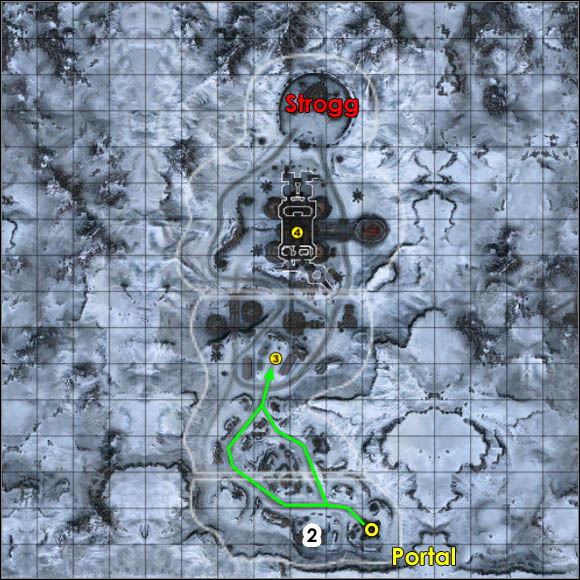 1. The first target here is the slipgate itself. Spies must hack it;

2. Any GDF unit must drive the MCP through the portal;

3. Any GDF unit must drive the MCP to the deployment area;

4. GDF soldier must gain access to the Nexus tower and destroy its core with explosives.

GDF: We're starting in Africa. Spies may attack the portal immediately, going through narrow passages between buildings located to the south of the target. If it is possible, soldiers (with rocket launchers) and medics support them. In order to attack the enemy with vehicles, soldiers must blow up one of the barricades. Infantry can get through them using, for example, holes in the wall. Don't forget about capturing the garrison spawn point (secondary objective 1). Turrets and GMPG emplacement doesn't have a bigger strategic meaning, they can be build mainly for experience points. Spies attacking the portal must be extremely careful, as the slipgate is being defended not only by infantry, but also by turrets and mines. Looking for a disguise here is quite senseless. It is useful only when it is a problem to get through the village with a normal look. Don't forget about the fact that you can use the rooftops to get to the portal.

With the slipgate's security is hacked, the MCP may get through it to the Antarctica. The vehicle is being dropped near the garrison spawn point. Spies won't be useful anymore, but the meaning of artillery strikes and soldiers with anti-vehicle weapons will rise. MCP must get through the slipgate and that means the team must not only finish enemy infantry, but also destroy Strogg anti-vehicle turrets. Once again, you may use the rooftops to eliminate them. A small group of players must choose the engineer class and repair MCP every time it gets damaged.

On the other side, the first you should do is capturing the spawn point nearby. New radars and artillery guns would be quite useful too. The way of escorting the MCP and classes used by team don't change. In fact, it doesn't even matter which route the MCP driver will choose. Buildings, from roofs of which it was possible to shoot enemies in Africa, are here replaced with mountains, which hills are excellent vantage points. You'll meet here more enemy heavy machinery, so soldiers with rocket launchers should have a lot of job to do.

Once the MCP gets to the deployment area, soldiers with medics' support must attack the Nexus tower in order to destroy its core. Layout of this building is not quite complicated, excluding the room with the core, in which you'll find a few interesting hiding spots. Corners of this room lets the infantry to hide and defend charges set by soldiers. Be aware of the fact that the enemy may use these places to keep core safe, so always check them before you run to the target with a bomb in your hands. And beware of Strogg mines. I'd like to remind you that mines can be neutralized with grenades.

Strogg: Mines on the portal, usage of all vehicles, anti-personnel vehicles and control of all routes to the target, including the one leading through rooftops of the village - this is how a perfect defence should look like. The most important classes here are technician and constructor. 1 or 2 infiltrators with railguns should find a few targets here too, especially on those rooftops and the watch tower. Defending barricades is a bit difficult, as there's too many of them. Better leave the gates for GDF and prepare a good defence.

If the enemy manages to hack the portal, concentrate on preparing defences able to stop the MCP. Turrets, Desecrator and aggressors with obliterators are essential here. Mines can be quite useful here too. It would be really nice if 1 or 2 constructors went to the Antarctica side and build two anti-vehicle turrets, just to make sure the MCP won't go far if it reach the slipgate. The most important matter is the localization of these turrets. They cannot be placed close to the portal, just as it shows picture below. 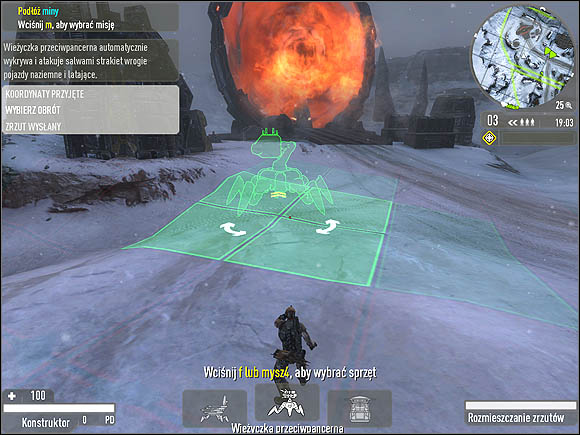 It is not recommended, because when the MCP goes through the slipgate, Strogg automatically lose that terrain, so the turrets would blow up before they'd attack the GDF vehicle. Better place these installations near the MCP's crossroad.

In the next part of operation you'll have to watch the MCP and rapidly react on what the driver is doing. The team must deploy turrets along the way chosen by the GDF guy sitting in the MCP. Moreover, it would be a sin not to use the Cyclops or other vehicles. Classes in team shouldn't differ from the one I proposed during the last phase of African part of operation.

The last objective is the defence of Nexus tower's core. Standard - constructors plant mines and shoot at incoming enemies, while technicians support teammates with Stroyent and also shoot at opponents coming into the tower. It would be nice idea to place 2-3 anti-personnel turrets in front of the tower entrances.