There are many threats and dangers lurking in Endling. On this page, we discuss issues such as finding paths, encounters with owls, humans, and the Scavenger. We explain how to open blocked paths, where to find Molly and Globetrotter, how to deal with traps, and how to use shortcuts.

As you progress through the storyline, you will explore new areas of the world of Endling. All available paths, roads and passages are accurately depicted on the map. However, the game does not have a mini-map, so it is easy to sometimes miss hard-to-spot roads. 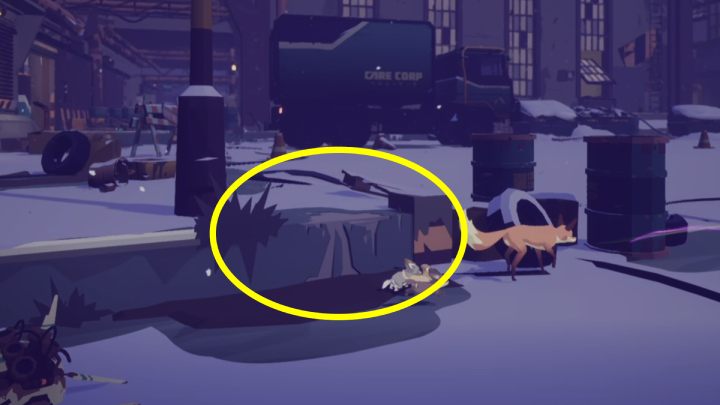 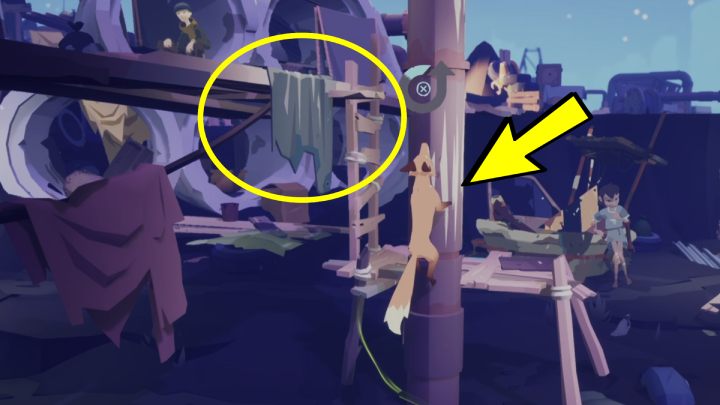 You will recognize the transition to another path by the characteristic claw marks or frayed material. When approaching such a place, a hint will appear on the screen telling you what button to press to perform the interaction.

As you traverse the world of Endling, you may come across holes in the ground, fences or buildings, eggs in trees, and many other nooks and crannies where you can find all sorts of food. Such food can only be obtained by your cubs. 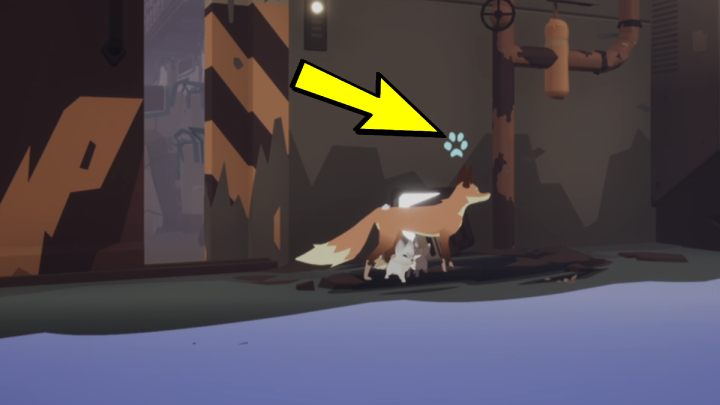 As you walk past such places, you will notice a paw icon. If this icon is blue, it means that one of your puppies has the required ability.

You will read about how to get the abilities on a separate page of the guide: Cub skills - how to unlock? 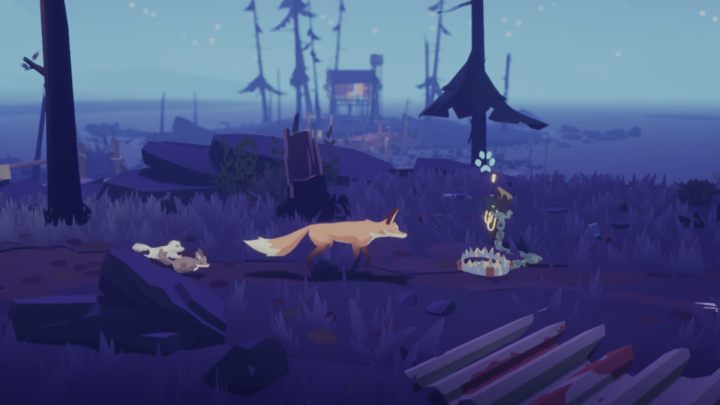 You can avoid traps by jumping over them. However, all it takes is a moment of inattention when you run quickly through the area for your character to fall into a trap. Then follow the directions that appear on the screen, and remember that after successfully getting out of the trap, you will move slower for a while. The limping fox will also be easy prey for the Furrier. 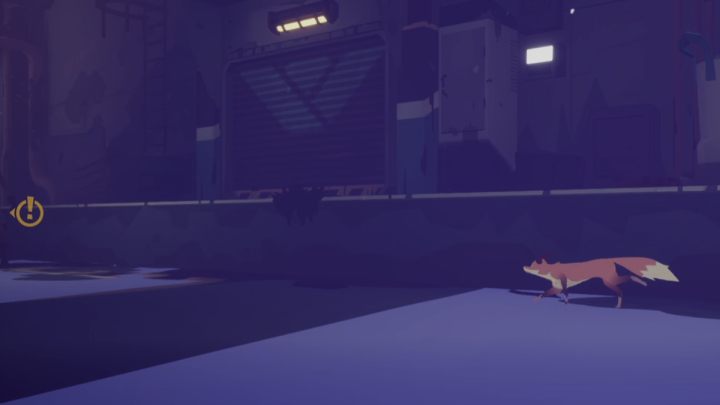 Most of the people you encounter in Endling will try to hurt you. Approaching humans are indicated by an exclamation mark on the screen. You can slowly approach them and check which direction they are moving or run away immediately.

People patrolling the factory, landfill or next to houses may call for reinforcements or attack you. After fighting a human or Furrier, you will be more vulnerable to other dangers. 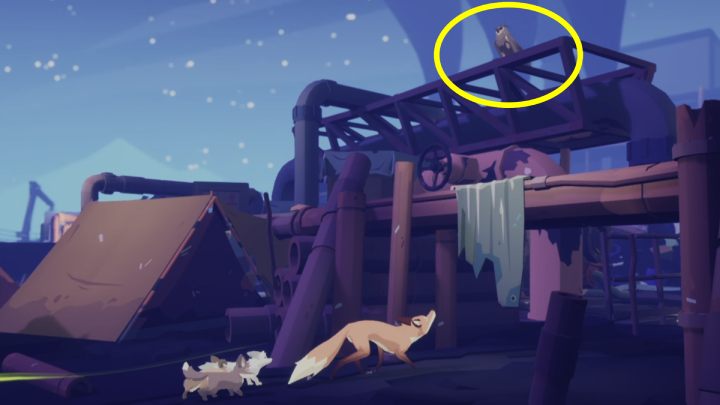 You will come across owls in almost every area. When approaching a sleeping owl, no notification will pop up on the screen. If you run close to the predator, however, you may wake it up. The owl will then attack one of your cubs. You will have to defend your child by following the directions on the screen. After successfully fending off the attacker, don't forget to comfort the frightened fox. 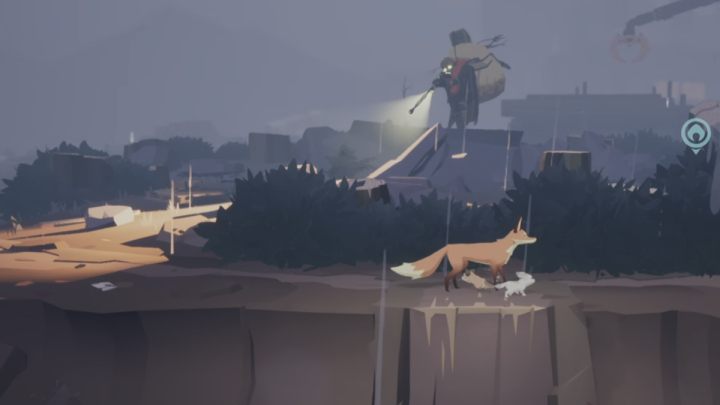 At the beginning of each night, check the map first to plan a safe route. If it passes through a Scavenger's territory, walk slowly past his post and avoid the flashlight.

Molly and the Globetrotter 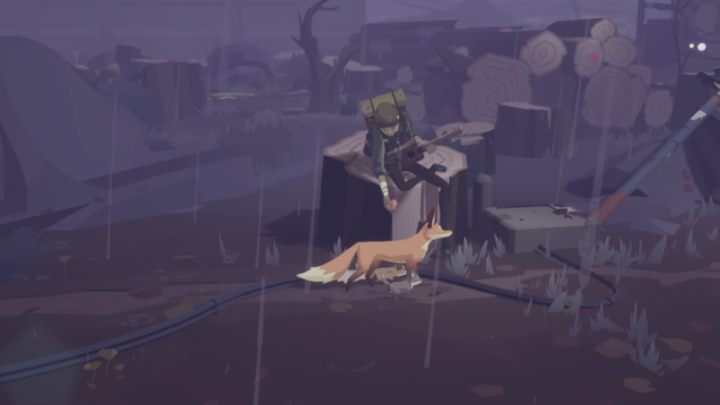 Molly and Globetrotter are the only humans in Endling who are friendly to your character. When you let them pet you, they will give you an apple.

Molly can appear in several different places, and her exact location is always marked on the map.

You will encounter the Globetrotter several times during the game. Her location is marked on the map with an event icon. As you approach the woman, you will hear her singing and playing the guitar. 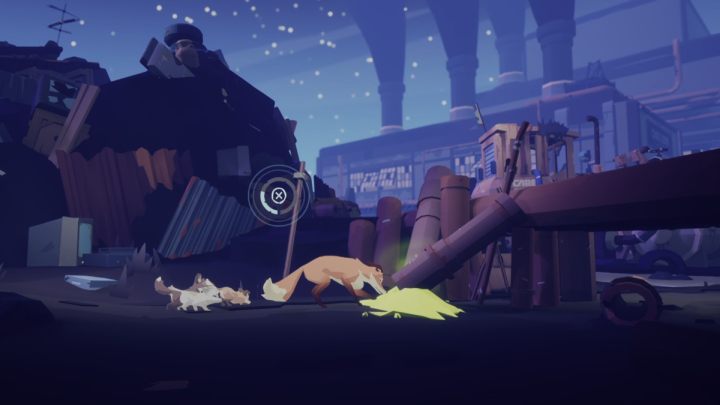 Some paths in Endling may be blocked. Such blockades will be marked as padlocks on the map. Sometimes you can remove these roadblocks yourself, while others will get opened as you progress through the storyline. 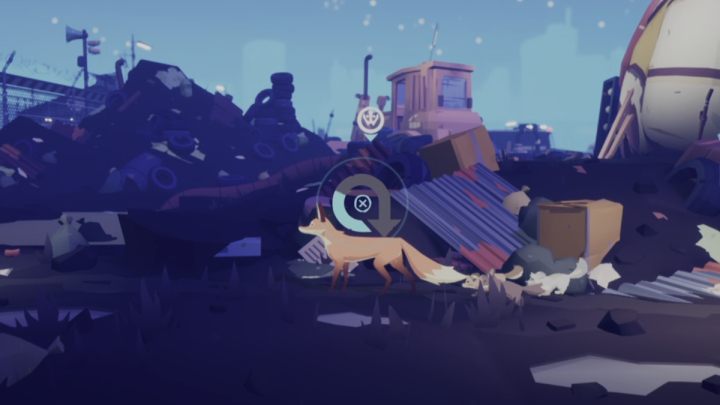 Shortcuts will be unlocked thanks to the badger. There are 3 underground passageways that will allow you to quickly move around the map. Entrances to the tunnels are marked on the map with an icon resembling a badger's head.